Providing a Sense of Home, Security, and Possibility for Refugees in the United States

September 24, 2012 at 4:41 PM ET by Felicia Escobar
Twitter Facebook Email
Summary:
Felicia Escobar joins over 1000 participants from all across the country at the opening session of the Office of Refugee Resettlement’s (ORR) 2012 National Consultation. This conference brings together the nation’s leaders in refugee and asylum efforts who work to provide a sense of home, security, and possibility for those who have sought freedom from persecution.

Last week, I joined over 1000 participants from all across the country at the opening session of the Office of Refugee Resettlement’s (ORR) 2012 National Consultation.  ORR is an agency within the U.S. Department of Health and Human Services (HHS) whose mission is to help refugees maximize their full potential in the United States.

Each year, this gathering brings together the nation’s leaders in refugee and asylum efforts who work to provide a sense of home, security, and possibility for those who have sought freedom from persecution.

This Administration’s commitment to assisting and protecting refugees, including through resettlement in America, is real. The United States continues to lead the world in refugee resettlement, and has welcomed more than 3 million refugees from all over the world since 1975. It was fitting that the 2012 National Consultation fell during the same week as Constitution and Citizenship Day, which is a week where the federal government and American communities come together to celebrate the ideals that our nation was founded on and reflect on the importance of active citizenship.

During the last three years, the Administration has sought to increase collaboration and integration efforts of several federal agencies who play a role in the refugee resettlement process, including HHS, Department of State, and Department of Homeland Security and sought to increase dialogue with the many nongovernmental partner organizations so that refugees – who often struggle more than other immigrants to integrate upon arrival to the U.S. – are able to succeed in our country. 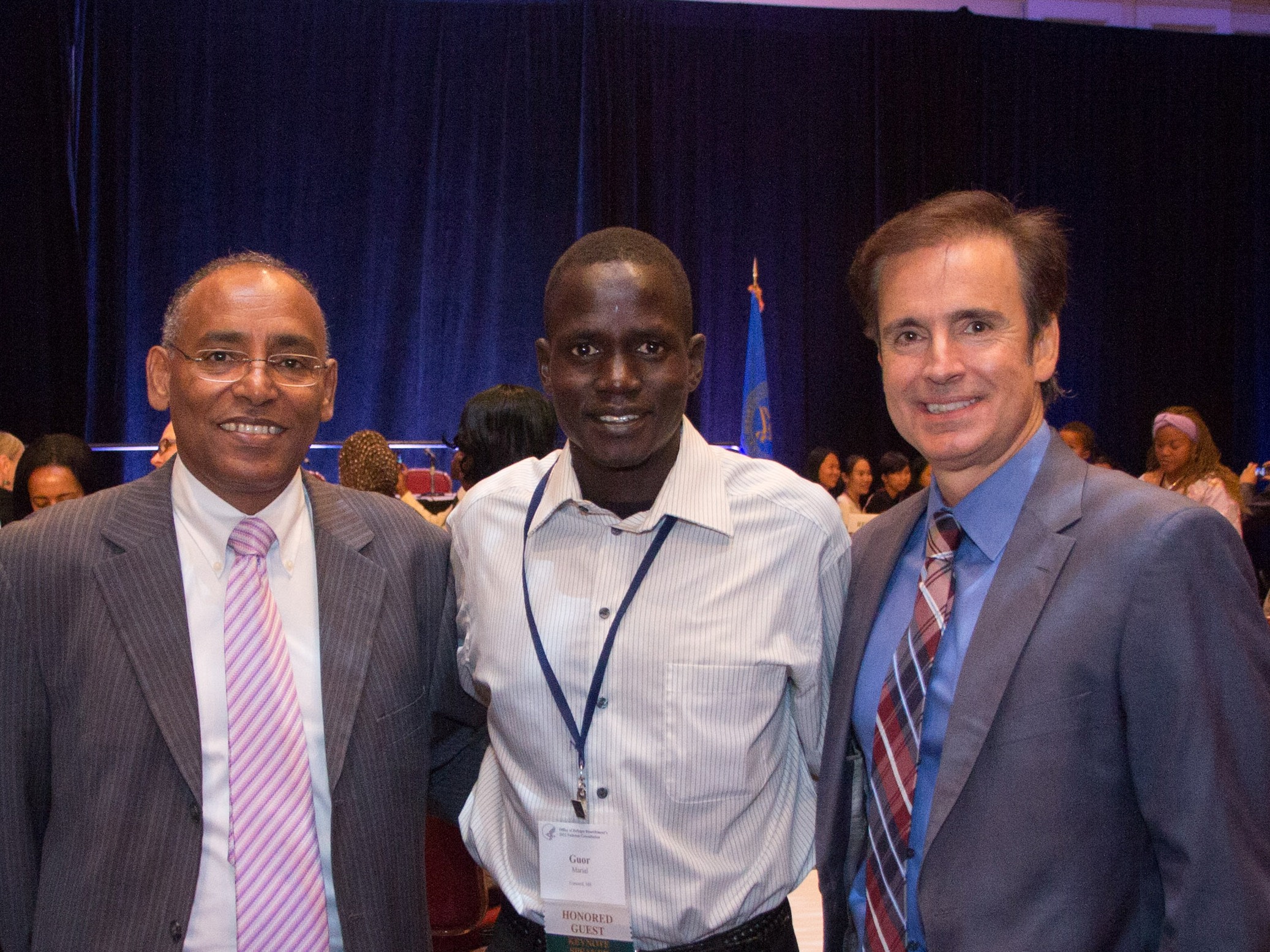 But perhaps the most moving remarks were delivered by Guor Marial, a refugee from South Sudan who participated in the 2012 Olympics.  Guor Marial described the journey that led him to the 2012 Summer Olympics and shed light on his motivation to raise awareness about refugees and show the world that South Sudan – a country destroyed by war – is full of talented young boys and girls like him.  Guor’s incredible story serves as an inspiration for our continued efforts to assist refugees.  During a week when we celebrate one of our nation’s founding documents, it is fitting that we honor the dignity, courage, and determination of these men, women, and children who have fled persecution and violence in their homelands by convening the greater network of refugee program stakeholders to share stories and lessons learned.