On Wednesday evening at the Naval Observatory, Vice President and Dr. Biden hosted their fourth annual reception in celebration of Hispanic Heritage Month, which began on September 15  and continues through October 15. In the past and upcoming weeks, communities across the country will celebrate the histories, cultures, and contributions of Americans with ancestors from Spain, Mexico, the Caribbean, and Central and South America.

We’re proud to serve Vice President Biden and this Administration, which has continued to push to “widen the circle of opportunity for the Hispanic community and keep the American dream within reach for all who seek it,” as President Obama said in his proclamation this year. 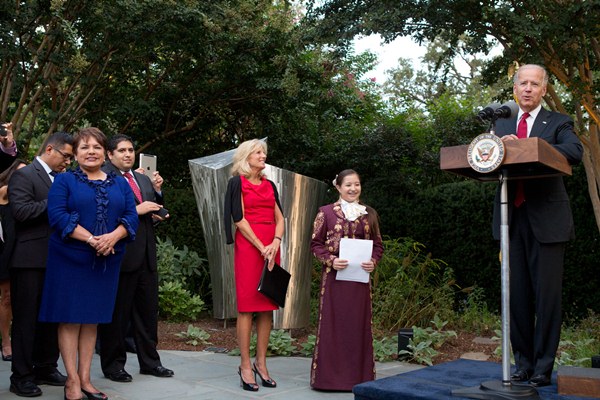 Among the guests were national, state and local Hispanic community leaders, including Secretary of Labor Hilda Solis, Domestic Policy Director Cecilia Munoz, Colorado Lt. Gov. Joseph Garcia and Nevada Attorney General Catherine Cortez Masto, and two Hispanic Olympians, each of whom represented the United States in competition this past summer.

In his remarks, the Vice President applauded the incredible contributions Hispanic Americans have made to build a more perfect union and looked to the future. He said, “Everyone with a Latino background, they’re vastly different…And so the contributions that are about to be made I think are almost incalculable.”

“So I want to say thank you to all of you... What you have done in giving a window into the soul, the capability, ambition, commitment and patriotism of Hispanic Americans is going to change this country, and change it all for the better,” said the Vice President in closing. “You are going to be part of the Renaissance of the 21st century.” 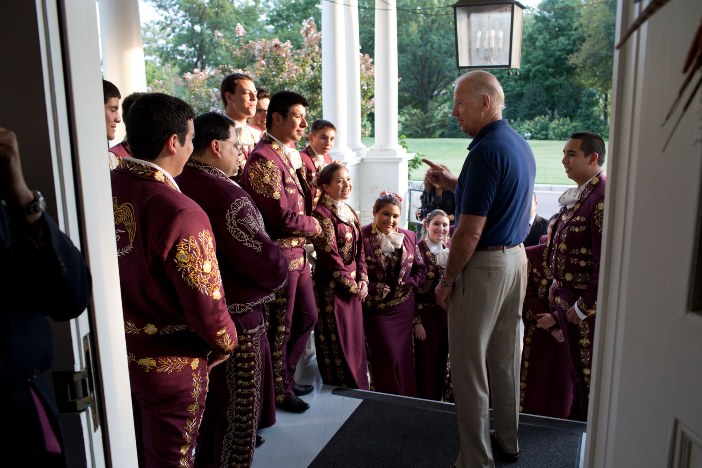 The uncharacteristically warm September evening set the tone for a cheerful celebration, and a talented group of high school students from Zapata, Texas, provided the lively soundtrack for the evening. “Mariachi Halcon,” the 18-student ensemble from Zapata High School, boasts an impressive list of accomplishments: they have won the state mariachi competition for the past two years and starred in a PBS documentary that will open National Geographic’s “All Roads Film Festival” on September 27, 2012. Listing those feats hardly does justice, however, to the energy and excitement they brought with them to Washington.