October 4, 2012 at 1:22 PM ET by Maria Diaz, Danier Piedrahita
Twitter Facebook Email
Summary:
A drug free coalition in Chicago works with the local Latino community to host an alcohol-free “quinceañera,” a traditional party meant to celebrate a girl’s passage into womanhood on her 15th birthday.

The Brighton Park Drug Free Community Coalition (Families Against Drugs in Area 58), based in Chicago, just completed our 7th year as a grantee in ONDCP’s Drug Free Communities Support Program. With National Substance Abuse Prevention month upon us, we recognize the importance of being unified across communities to influence a change in the cycle of substance abuse. Recently, our coalition has focused our efforts on the issue of underage drinking. Described below is one of our most recent – and most rewarding – youth events:

An alcohol-free ‘Quinceañera’
For young girls in the Latino community, turning 15 is a special occasion and one meant to symbolize their passage into womanhood. To celebrate this transition, families throw a "quinceañera" for the teen of honor. Once a proud tradition focusing on a girl's faith and values, quinceañeras today have become lavish parties with no shortage of alcohol.

Families Against Drugs in Area 58 decided to go against the norm and challenge parental attitudes, which have accepted alcohol not only socially but also culturally, by throwing a quinceañera entirely free of alcohol. 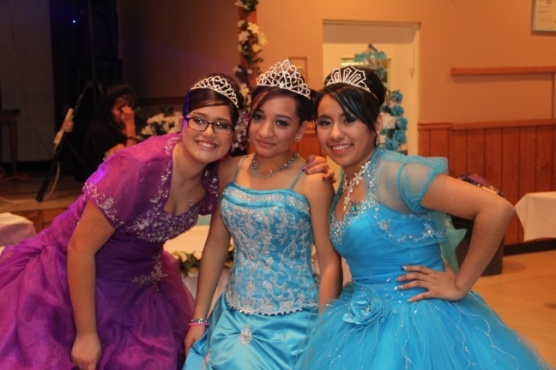 Participants in the alcohol-free quinceañera.

During the planning of the event, we encountered considerable resistance to our decision not to allow alcoholic beverages. Many adults in the community did not support the idea even though, as we pointed out, the event was geared toward celebrating the young participants while also ensuring their health, safety, and well-being.

We continued with our plans nonetheless and were pleasantly surprised to discover that the girls themselves not only accepted the idea, they were all for it. “I believe we can have fun without any alcohol present,” said one 15-year-old honoree. “Many American teens drink because of peer pressure . . . they think it’s cool. But I don’t think it’s cool.”