Honoring the Memory of My Grandfather, César E. Chávez 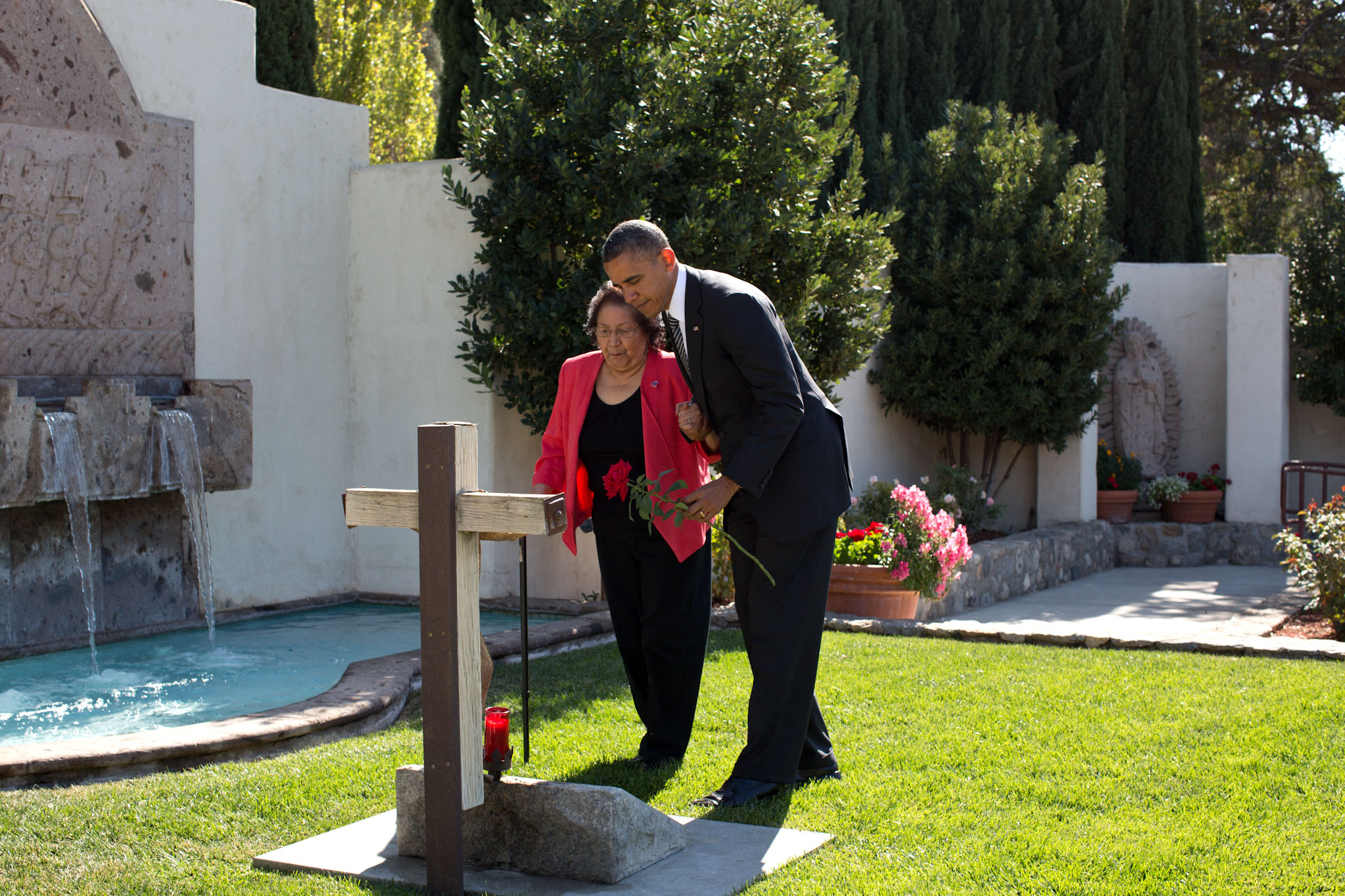 Today the President traveled to Keene, California to honor the memory of César Estrada Chávez, by designating the property at Nuestra Señora Reina de la Paz as a National Monument. Although César Chavez was one of my heroes, he was also my grandfather which made today’s dedication so moving and powerful. La Paz was my grandparents home and the headquarters of the United Farm Workers of America (UFW) since the early 1970s but to a young child growing up in the farm workers’ movement it was also our playground.

Growing up in La Paz I spent a lot of time with my grandfather and my grandmother Helen, who still lives on the property. I ran around like any child, playing with my cousins, enjoying the beautiful nature that surrounds it, going on hikes, and even doing Yoga with my grandfather. But I also grew up sitting in on organizing sessions with thousands of farmworkers who prepared for any number of campaigns for basic rights, like clean drinking water, protection from pesticides, or just basic wages. There wasn’t a day I didn’t hear stories from my mom and her sisters about how difficult it was working in the fields when they were younger, so when it became our turn to do our part to support my grandfather, I didn’t think twice.  Often times we’d go for “a drive” with my grandfather and find ourselves spending the day leafleting and knocking on doors to mobilize farmworkers. La Paz was my grandparents’ home, my home, and home to hundreds of volunteers that built the farm workers movement, but I always knew it was so much more than that.

Still, the past week has been a surreal experience. I’ve had the honor of working from inside the White House, as a presidential appointee supporting outreach around the President’s designation of the property as a National Monument. I don’t think the magnitude of this incredible moment entirely sank in when it first became official. I worked for Secretary of the Interior Ken Salazar in 2011 when La Paz was added to the National Register of Historic Places, but now I’m watching my grandparents’ home join the Statue of Liberty, the Washington Monument, the Grand Canyon and so many other historic sites as a national monument.  It has really crystallized for me how important the work I grew up around truly was.

The monument will be the fourth national monument designated by President Obama using the Antiquities Act. The President previously designated Fort Monroe National Monument in Virginia, a former Army post integral to the history of slavery, the Civil War, and the U.S. military; Fort Ord National Monument in California, a former military base that is a world-class destination for outdoor recreation; and Chimney Rock, which is located in the San Juan National Forest in southwestern Colorado and offers a spectacular landscape rich in history and Native American culture. First exercised by President Theodore Roosevelt in 1906 to designate Devils Tower National Monument in Wyoming, the authority of the Antiquities Act has been used by 16 presidents since 1906 to protect unique natural and historic features in America, such as the Grand Canyon, the Statue of Liberty, and Colorado's Canyons of the Ancients.

To me what’s powerful about today’s designation is also something the President said in his remarks at the ceremony at La Paz. For my grandfather, his life’s work was about people. As the President so eloquently put it today, “more than higher wages or better working conditions, that was Cesar’s gift to us – a reminder that we are all God’s children, that every life has value, and that, in the words of one of his heroes, Dr. King, ‘we are caught in an inescapable network of mutuality, tied in a single garment of destiny.’” Every single one of his struggles, the leafleting, the marches, the fasts, were about ensuring that hard working, decent people were treated with the dignity and respect that all human beings deserve. He understood that ours is a country founded on the idea that we are all created equal, and he knew that whatever hardship it took, it was nothing compared to the daily struggles of tens of thousands of workers who labored in abhorrent conditions. Those are the values he instilled in the farmworker movement, in the UFW he started together with Dolores Huerta, and that he instilled in his children, and grandchildren.

So I’m proud today. Not only because his life’s work is being recognized in such a powerful way, but because I have the honor of playing a small part in it. And I get to do so as an appointee for a President who lives by the same values, and carries forward the same struggle every single day to make our country a little bit stronger, a little bit closer to what our founders intended it to be, knew it could be. A nation of, by and for the people. 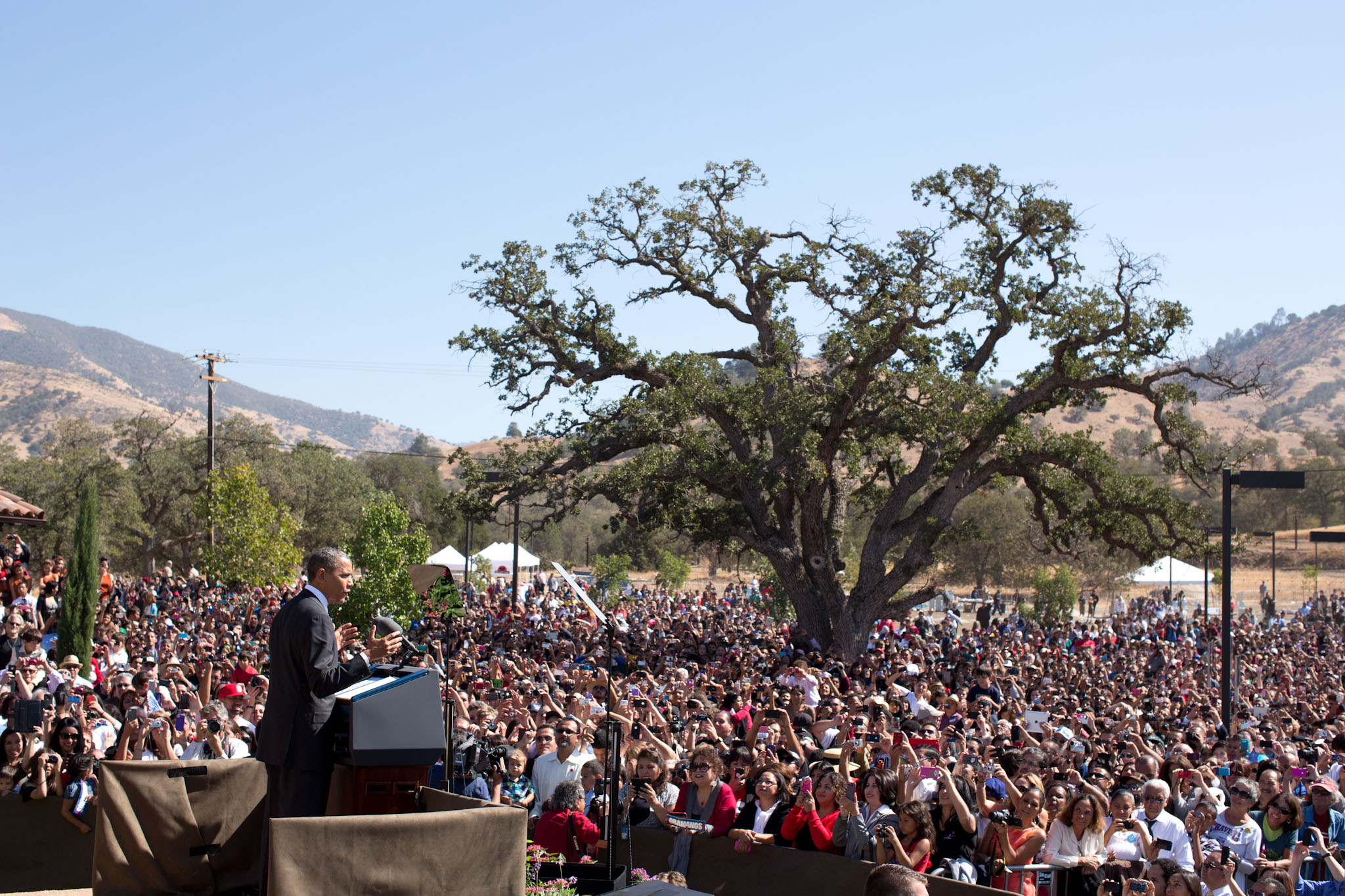 You can read the President’s remarks, and find more information from the Department of the Interior on the National Monument.