First-Ever National ‘Above The Influence’ Day

More than 200 teens and community organizations across the Nation participated in National “Above the Influence” Day by taking part in various youth-focused activities derived from the campaign, such as “Tag It,” “Be It” and “Express It.”  In addition, approximately 85 communities conducted teen panel discussions on the importance of staying “above the influence”, during which teens shared the positive and negative influences they face, including the pressures to use alcohol and drugs. 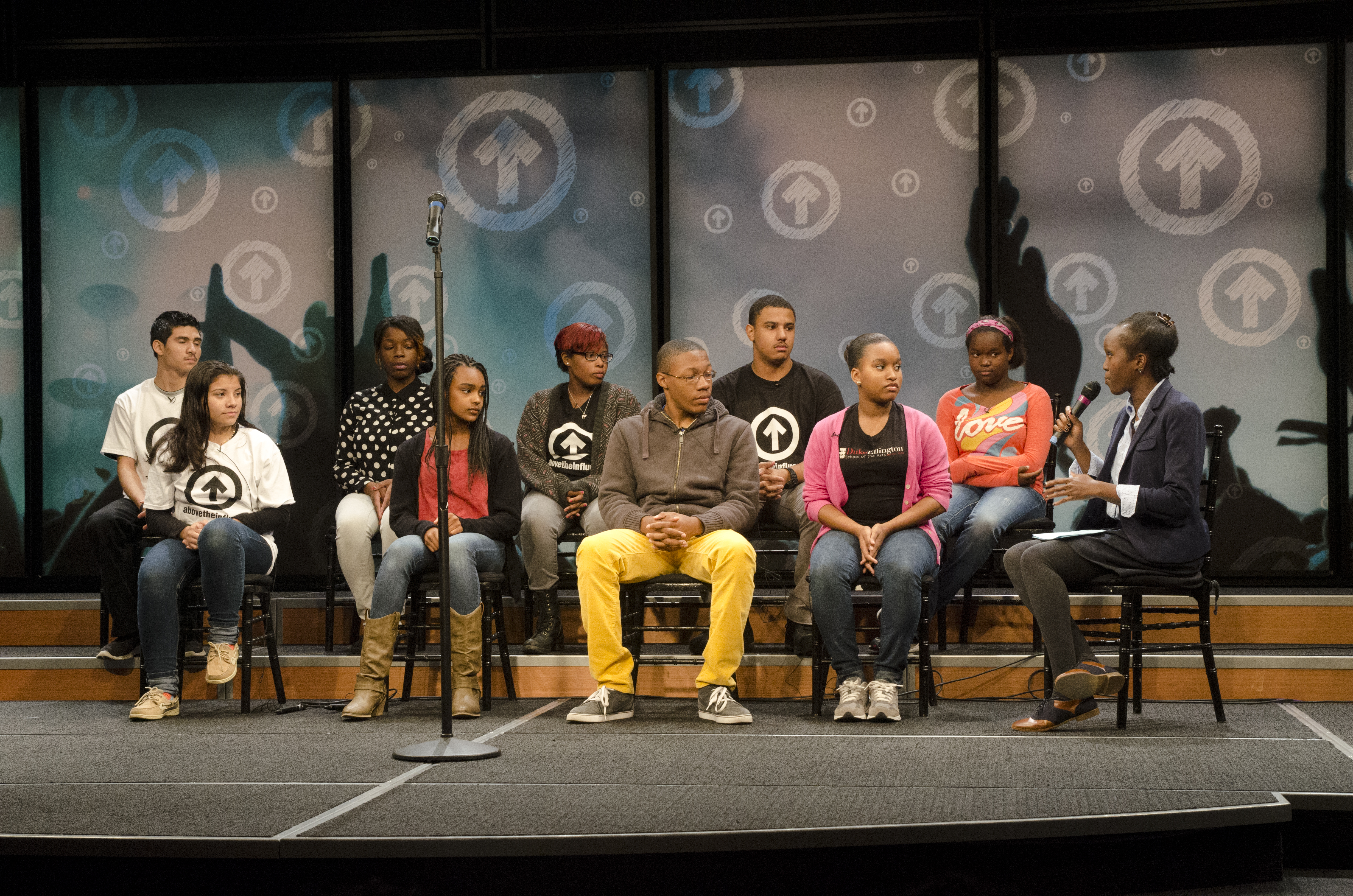 Washington, D.C.-area youth participate in an influence-inspired discussion in celebration of National ‘Above The Influence’ Day at the Newseum on October 18, moderated by Carla Brooks, Prevention Services Coordinator, Covenant House Washington.

In Washington, DC, I joined area youth in a panel discussion on how they stay “above it” in their own unique ways.  Teens from various community organizations engaged in song, dance, and poetry performances  related to their participation in the campaign’s “Express It” activity earlier this year.

Similar activities occurred simultaneously in three featured communities – Aberdeen, Maryland; Elkins, West Virginia; and Elko, Nevada .  Young people also joined in the ATI Facebook Challenge to share online what they did in their local communities on National “Above the Influence” Day. 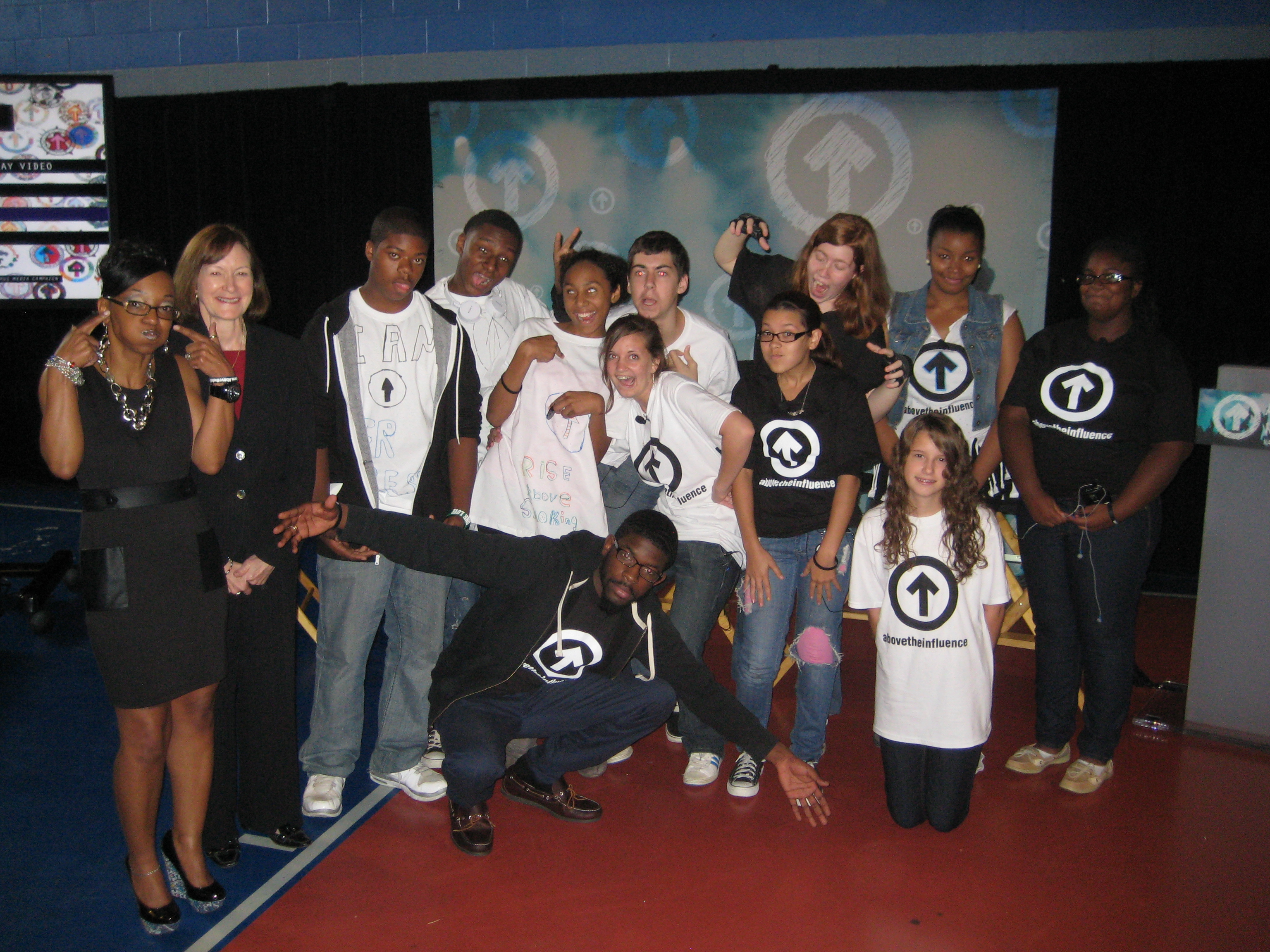 Youth from Aberdeen, Md., pose with Deputy Director Marilyn Quagliotti following their event celebrating the first annual National ‘Above The Influence’ Day at the Boys & Girls Clubs of Harford County on October 18.

America’s success in the 21st century depends in part on its ability to help young people make decisions that will keep them healthy and safe.  ONDCP is thrilled to celebrate and recognize teens who are rejecting the pressure of drugs, alcohol, and other risky behaviors and the power of community organizations to support our teens nationwide. 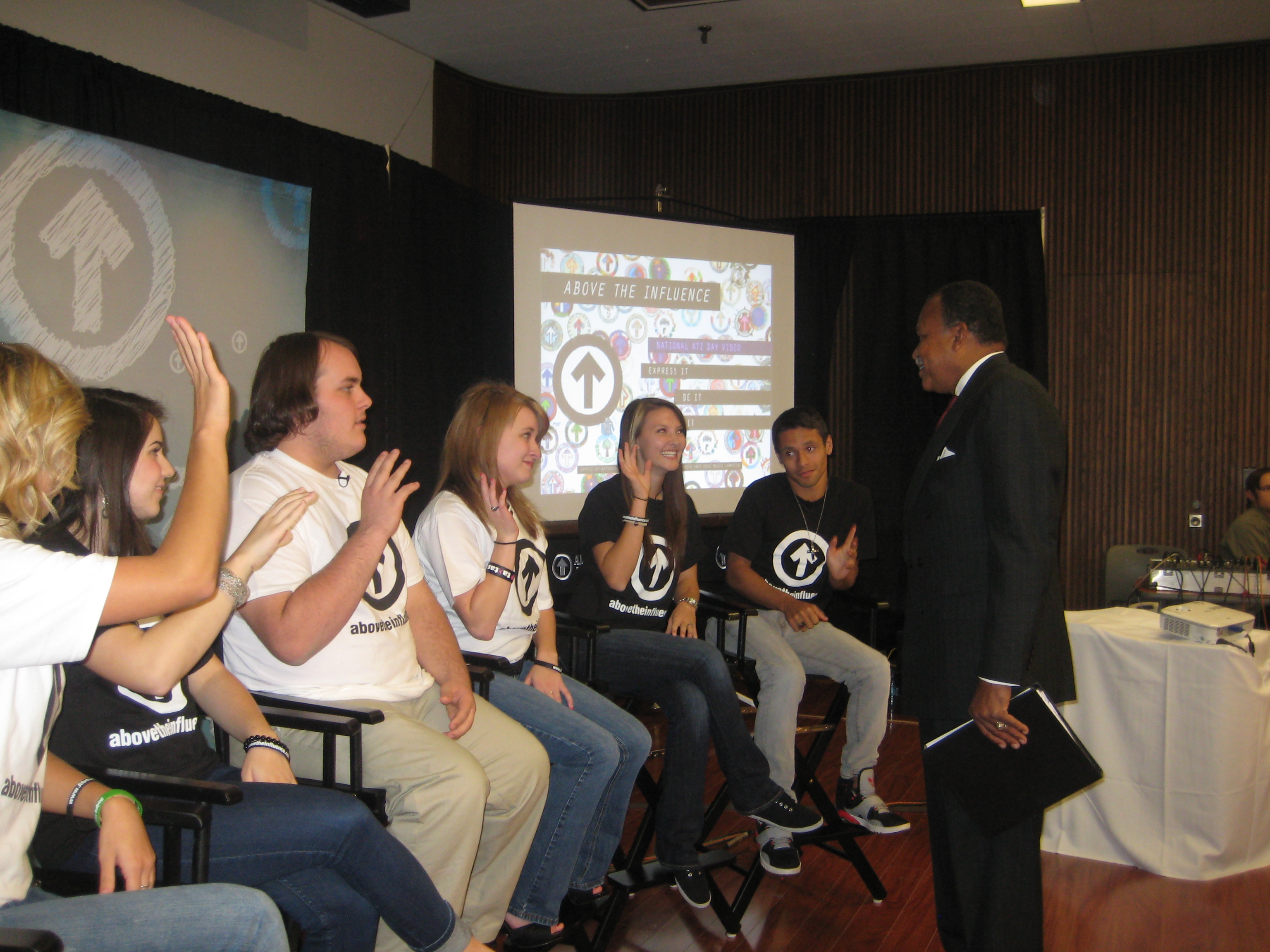 Deputy Director Ben Tucker meets with local partners and teen panelists from Harrison, Randolph and Taylor counties in Elkins, W.Va., during the first annual National ‘Above The Influence’ Day at Davis & Elkins College on October 18.

Throughout National Substance Abuse Prevention Month, we will continue to join with Federal, state, and local partners to highlight the importance of prevention. Our collective efforts are the key to building healthy and safe communities across the country. 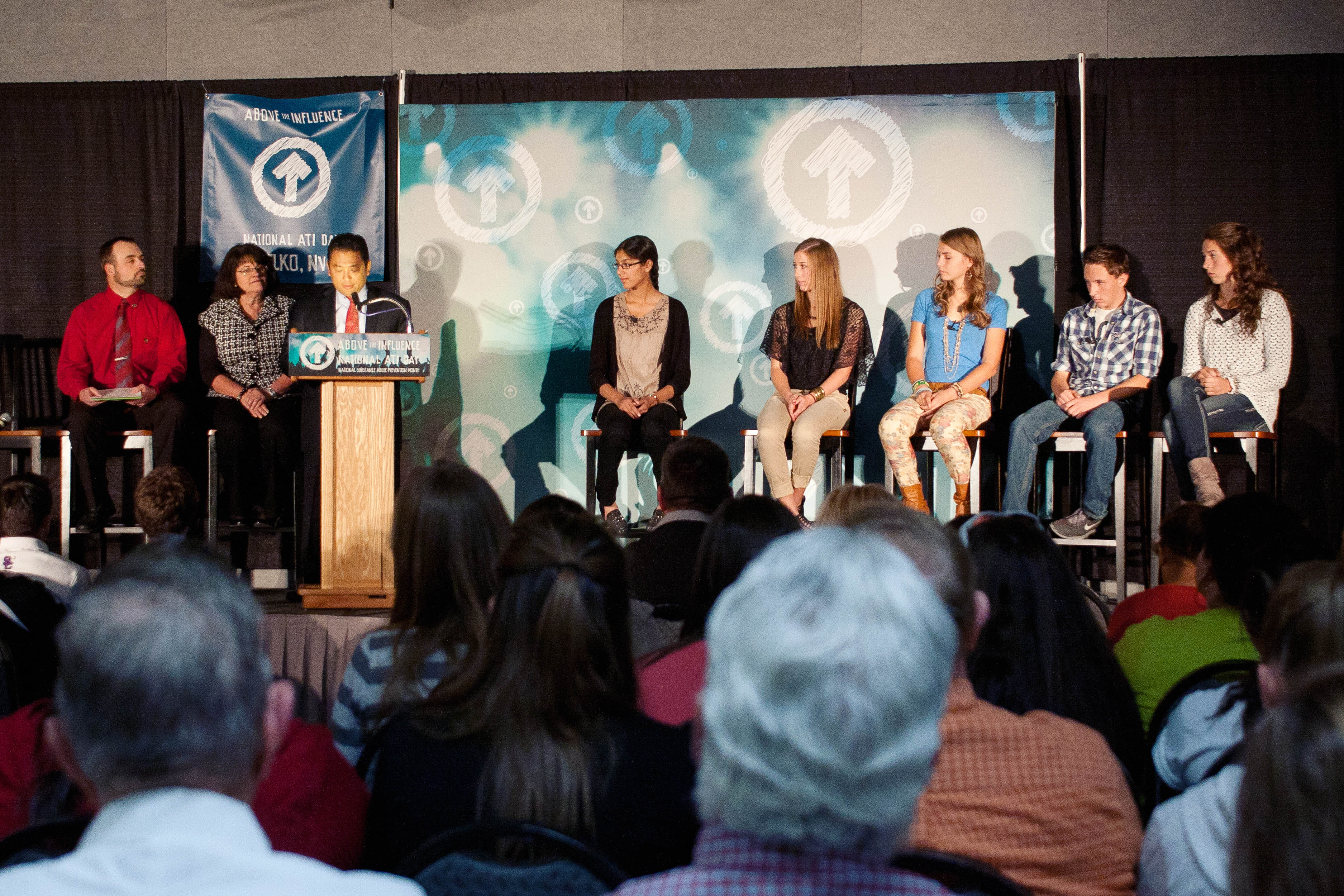 Deputy Director David Mineta  addresses community partners and area youth participating in a panel discussion on influence during the first annual National ‘Above The Influence’ Day at Elko Convention and Visitors Authority on October 18.

I hope you will get involved and join others in their prevention efforts during this month. Learn what resources and coalitions are located near you. Visit our prevention page for more information and read the President’s 2012 proclamation here.

We know that prevention works and, with your help, we can help keep Americans safe and healthy.