October 28, 2012 at 3:28 PM ET by Matt Compton
Twitter Facebook Email
Summary:
As Hurricane Sandy continues to bear down on the East Coast, federal teams are working with state and local officials to prepare for days of severe weather in communities stretching from North Carolina to Maine. 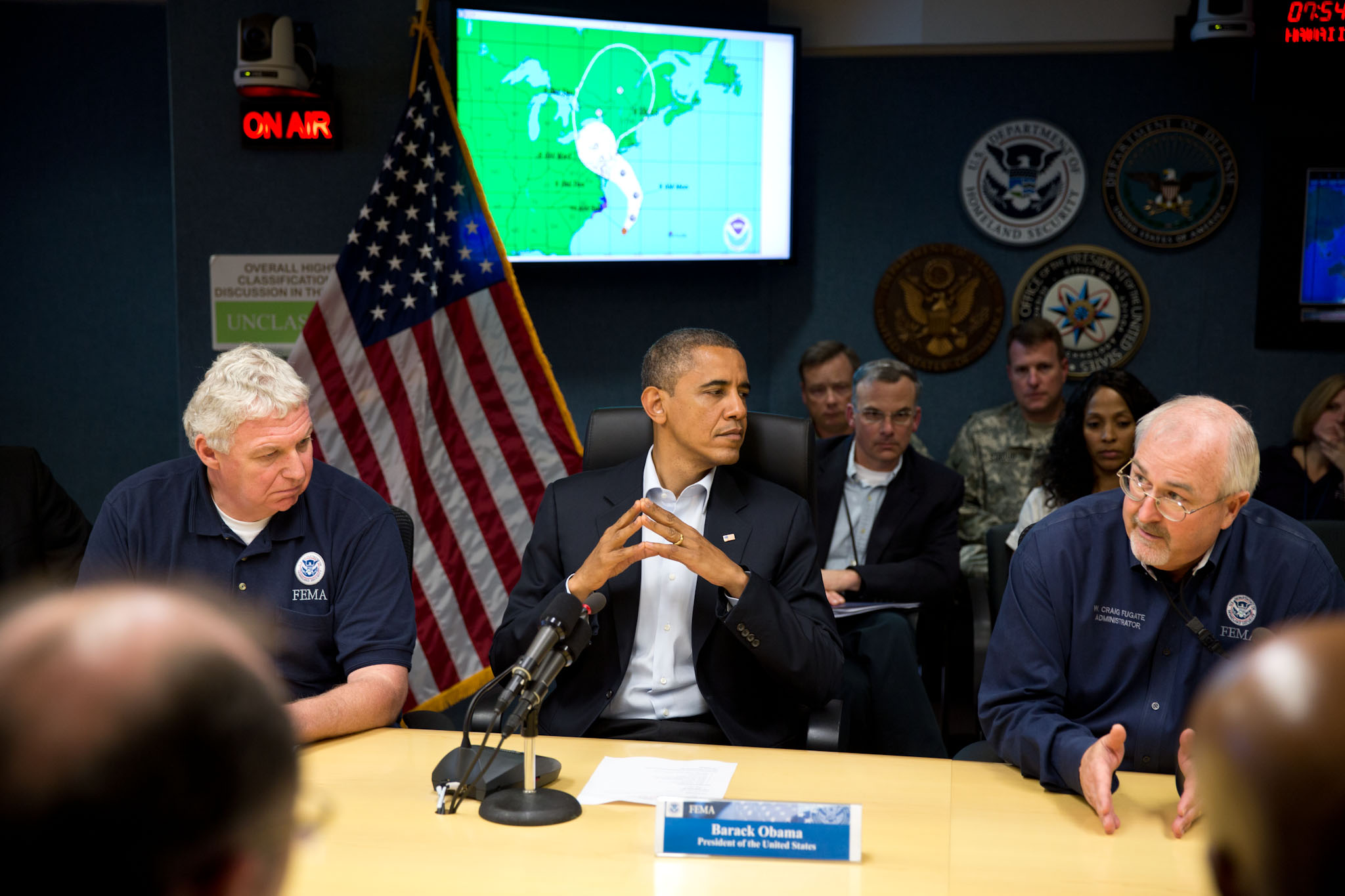 As Hurricane Sandy continues to bear down on the East Coast, federal teams are working with state and local officials to prepare for days of severe weather in communities stretching from North Carolina to Maine. Forecasts from the National Hurricane Center suggest that a huge area of the United States could be affected by high winds, heavy rains, storm surge, and snow – all of which could produce widespread power outages.

Today, President Obama traveled to the Federal Emergency Management Agency to get briefed on those preparations. He met with FEMA Administrator Craig Fugate, FEMA Deputy Administrator Richard Serino, and the FEMA regional directors. Dr. Rick Knabb, the director for the National Hurricane Center, joined the meeting by video conference.

“At this stage, everybody is confident that the staging process, the prepositioning of resources, commodities, equipment that are going to be needed to respond to this storm are in place,” the President said. “But as Craig [Fugate] has emphasized, this hasn't hit landfall yet, so we don't yet know where it's going to hit, where we're going to see the biggest impacts.  And that's exactly why it's so important for us to respond big and respond fast as local information starts coming in.” 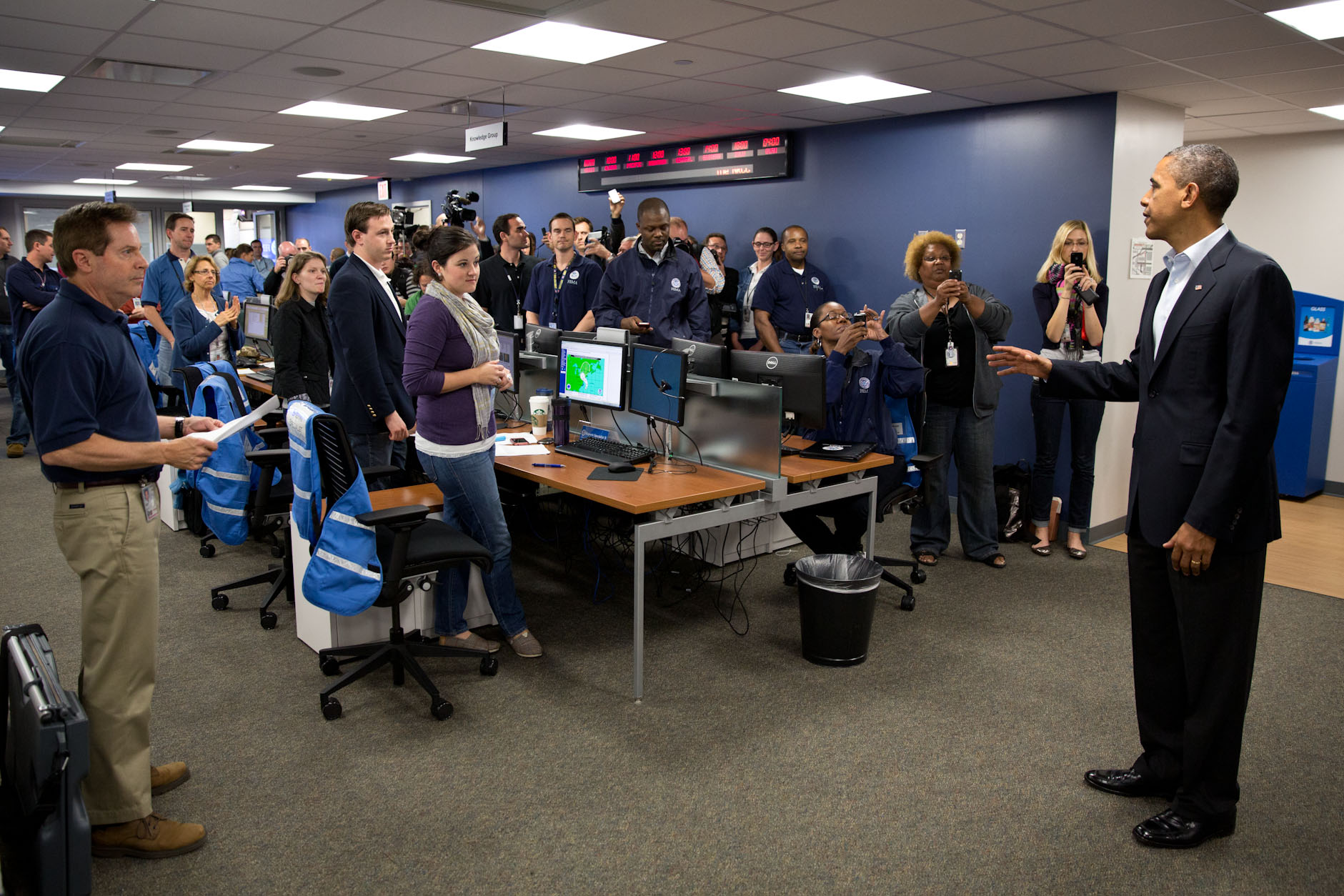 President Barack Obama talks to staff in the command center at FEMA headquarters in Washington, D.C., after receiving an update on the ongoing response to Hurricane Sandy. October 28, 2012. (Official White House Photo by Pete Souza)

If you live in a community in the path of Hurricane Sandy, there’s still time to prepare for the storm. FEMA makes these suggestions on its blog: