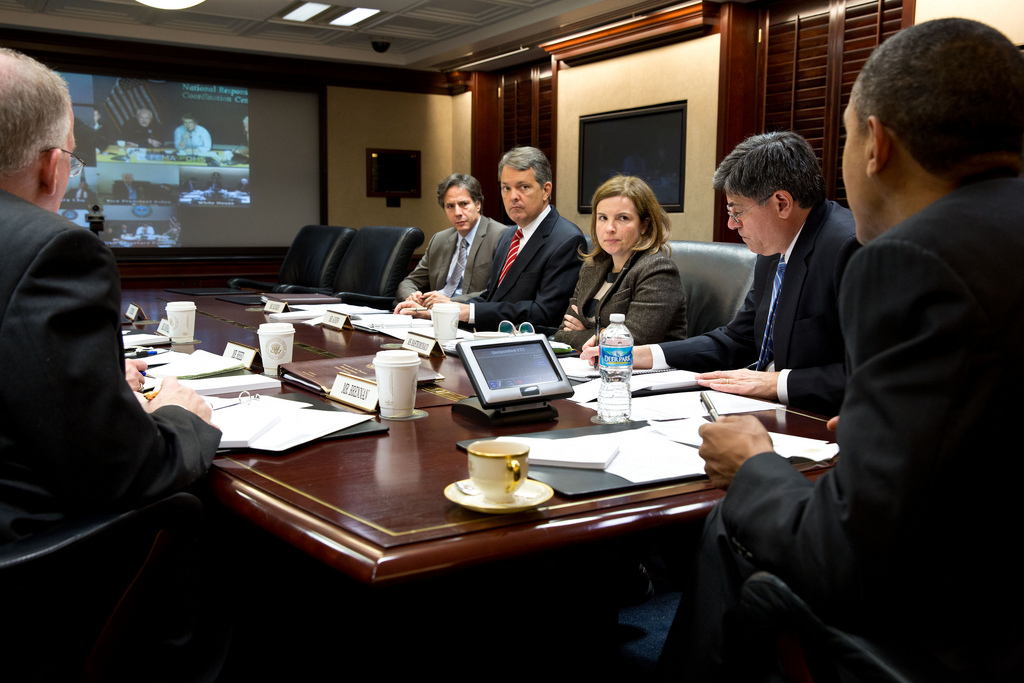 President Barack Obama receives an update from officials via video teleconference on the ongoing response to Hurricane Sandy, in the Situation Room of the White House, Oct. 30, 2012. Pictured, from left, are: John Brennan, Assistant to the President for Homeland Security and Counterterrorism; Tony Blinken, National Security Advisor to the Vice President; David Agnew, Director for Intergovernmental Affairs; Alyssa Mastromonaco, Deputy Chief of Staff for Operations; and Chief of Staff Jack Lew. October 30, 2012. (Official White House Photo by Pete Souza)

As Hurricane Sandy continues to track westward, federal response teams are already providing assistance for those affected by the storm.

This morning, President Obama convened a video-teleconference in the White House Situation Room with his team to receive the latest update on Sandy’s impact and the work being done to help communities begin the recovery process.

Overnight, at the requests of the governors, the President approved major disaster declarations for New Jersey and New York, making additional federal support for state and local efforts available, as well as direct federal assistance to affected individuals in declared counties.

For the latest information about recovery efforts, visit FEMA.gov and keep checking back at WhiteHouse.gov.

This afternoon, President Obama traveled to the Washington headquarters of the U.S. Red Cross where he offered another update about federal efforts to assist with the recovery and clean up from Hurricane Sandy.

The remnants of Sandy continue to track westward, however, and to begin, he spoke directly to those who live in areas still in the path of the storm.

“This storm is not yet over.  We’ve gotten briefings from the National Hurricane Center.  It is still moving north,” he said. “There are still communities that could be affected.  And so I want to emphasize there are still risks of flooding, there are still risks of down power lines, risks of high winds.  And so it is very important for the public to continue to monitor the situation in your local community, listen to your state and local officials, follow instructions.  The more you follow instructions, the easier it is for our first responders to make sure that they are dealing with true emergency situations.”

There are still millions of people without power and many whose neighborhoods have been damaged or destroyed by water, heavy winds, and falling trees. The President promised to bring the full weight of federal resources to bear in helping those victims recover.

“There are places like Newark, New Jersey, for example, where you’ve got 80, 90 percent of the people without power,” he said. “We can't have a situation where that lasts for days on end.  And so my instructions to the federal agency has been, do not figure out why we can't do something; I want you to figure out how we do something.  I want you to cut through red tape.  I want you to cut through bureaucracy.  There’s no excuse for inaction at this point.  I want every agency to lean forward and to make sure that we are getting the resources where they need -- where they're needed as quickly as possible.” 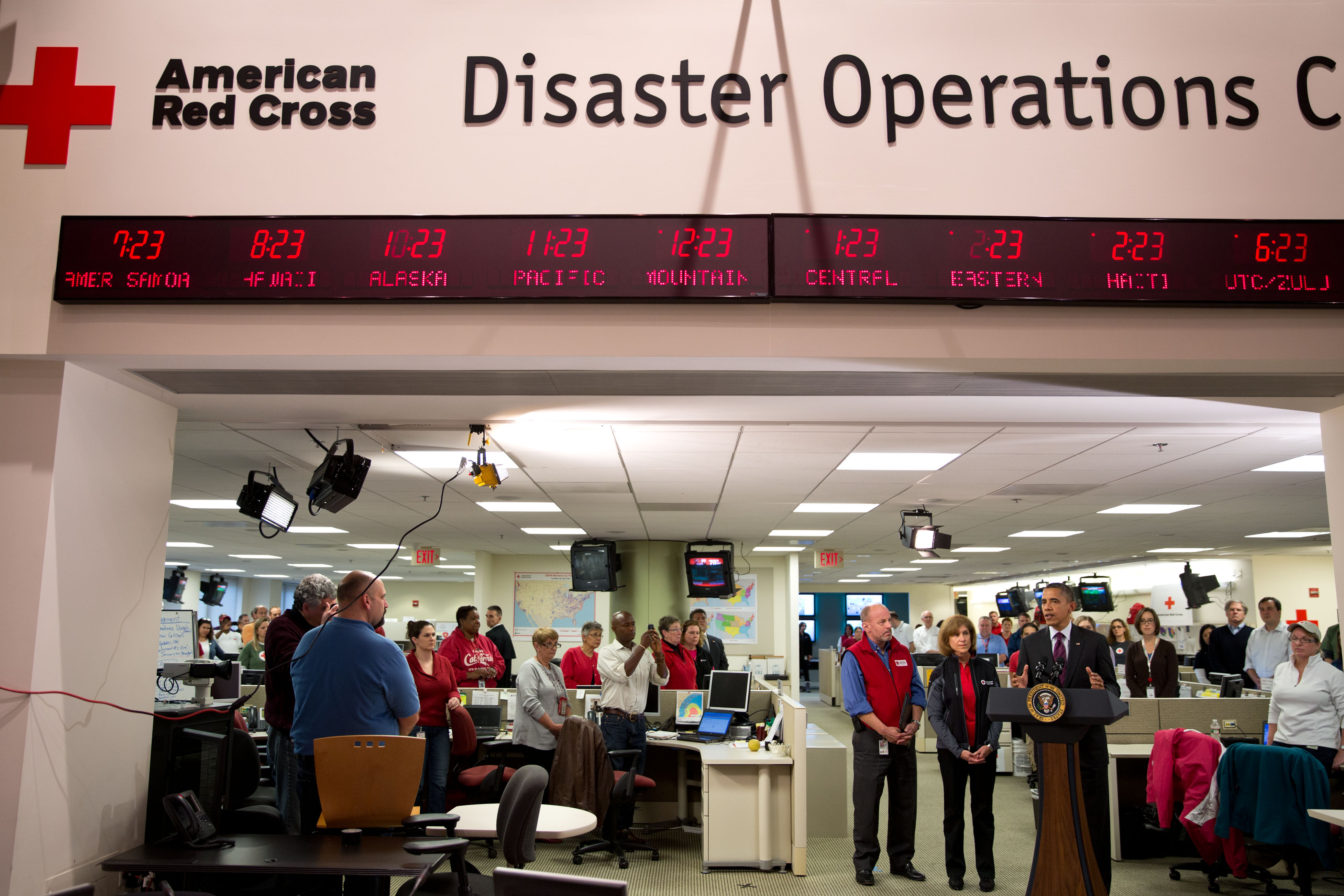