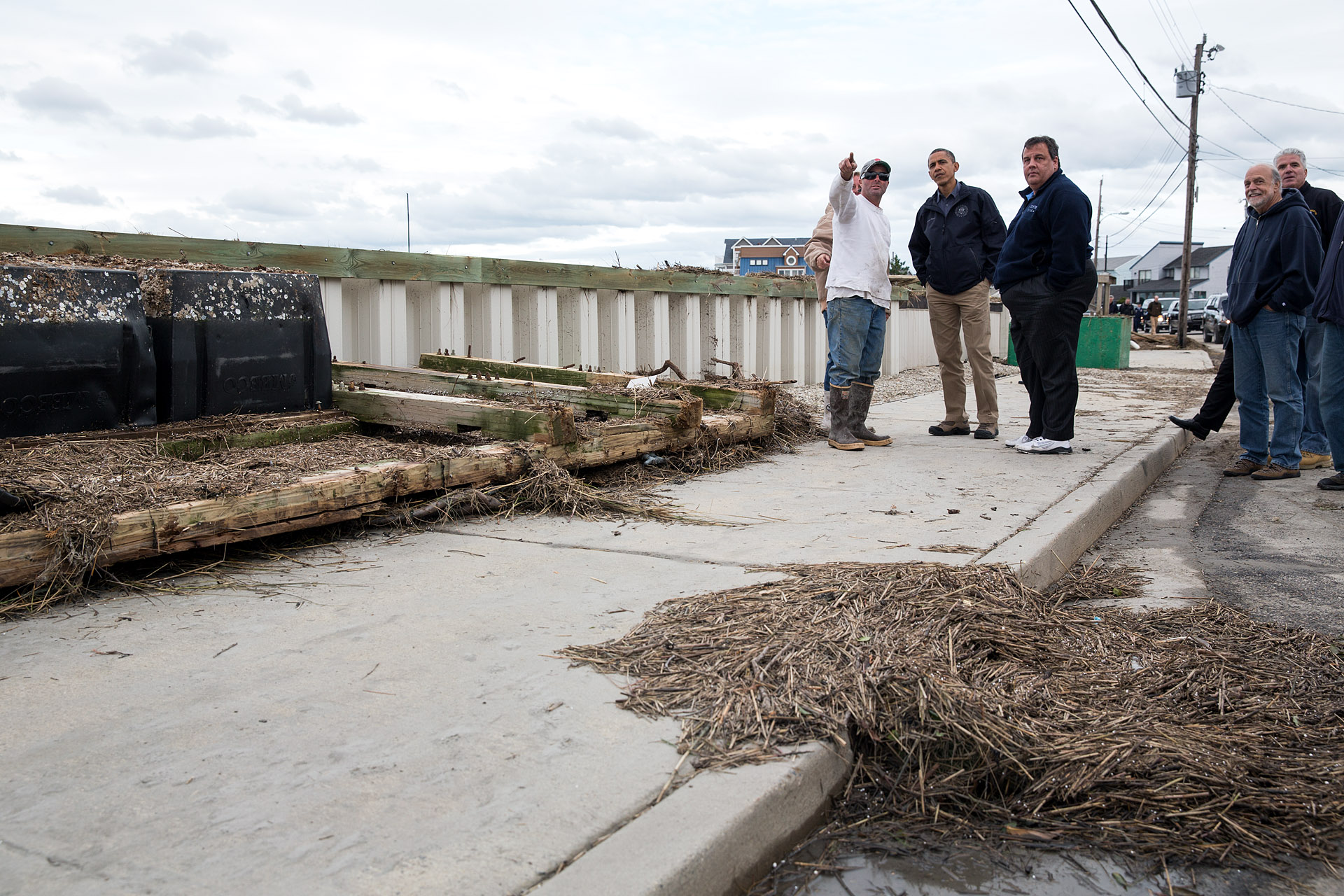 Yesterday, the President was in New Jersey to witness first-hand the devastation of Hurricane Sandy, and comfort the Americans affected by the storm. With New Jersey Governor Chris Christie, he surveyed the damage from Marine One, walked the streets of Brigantine, and visited a community center now serving as shelter for displaced residents.

After speaking with residents and hearing their stories, the President spoke, alongside Governor Chris Christie, FEMA Administrator Craig Fugate, and other officials, to reassure those affected by the storm of recovery, and pledge the full support of the federal government every step of the way. He reminded the American people of our remarkable ability to come together as a country when we go through tough times, and the importance of never leaving anybody behind:

And when you see folks like that respond with strength and resilience, when you see neighbors helping neighbors, then you're reminded about what America is all about.  We go through tough times, but we bounce back.  And the reason we bounce back is because we look out for one another and we don’t leave anybody behind. And so my commitment to the people on this block, the people in this community, and the people of this state is that that same spirit will carry over all the way through until our work is done.

Take a look at the President’s tour of New Jersey: