President Obama Gets Update on Storm Relief at FEMA

November 4, 2012 at 10:05 AM ET by Colleen Curtis
Twitter Facebook Email
Summary:
The President has made getting help to the people of New Jersey, Connecticut, New York, and the surrounding area impacted by Hurricane Sandy the number-one priority of the federal government 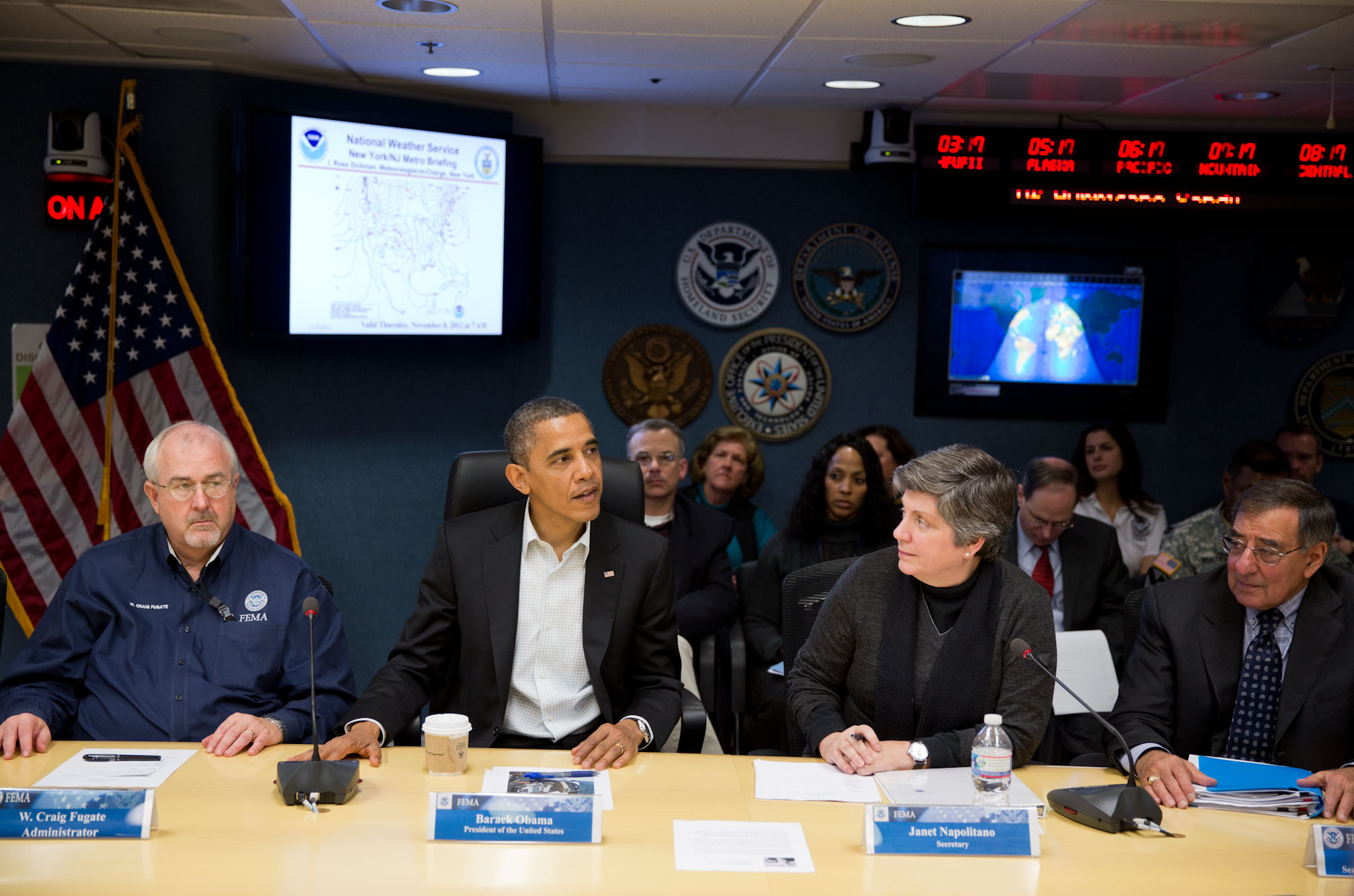 Following a briefing with FEMA leaders and Cabinet officers on Saturday in Washington DC, President Obama stressed the importance of making sure all those who have been impacted by Hurricane Sandy know that help is available for them, and asked all Americans to spread the word that anyone looking for assistance -- from housing to childcare, medicine and a whole range of support -- should call 800-621-FEMA.

The President reiterated that making sure making sure those who suffered loss get the resources they need to rebuild and recover is his number one priority, and outlined the steps being taken to restore normalcy in the region:

Number one, that it is critical for us to get power back on as quickly as possible. And just to give people an example of the kind of work we're doing -- the military, DOD, thanks to the work of Leon and others, have been able to get military transport facilities to move cherry-pickers and personnel from as far away as California to get that equipment into the area so we can start getting some of the power back on as quickly as possible. It is a painstaking process, but we're making progress.

Number two, we're getting assets in to pump as much water out as possible.  Lower Manhattan obviously is a particularly acute example, but there are problems with flooding that are affecting substations throughout the region. That's going to continue to be a top priority.

Number three, making sure that people's basic needs are taken care of.  As we start seeing the weather get a little bit colder, people can't be without power for long periods of time, without heat for long periods of time. And so what we're doing is starting to shift to identify where we can have temporary housing outside of shelters so people can get some sense of normalcy. They can have a hot meal; they can have the capacity to take care of their families as their homes are being dealt with.

Number four, debris removal still important. Number five, making sure that the National Guard and other federal assets are in place to help with getting the transportation systems back up and running -- that's going to be critical.