Today, President Obama wished a Happy Diwali to the Hindus, Jains, Sikhs, and Buddhists celebrating the holiday here at home and around the world.

Diwali is a time for gathering with family and friends, often marked with good food and dancing. It is also a time for prayer and reflection about those less fortunate. It is a testament to the compassion of these communities that so many of them have helped those that have been devastated by Hurricane Sandy.

Many who observe this holiday will light the Diya, or lamp, which symbolizes the triumph of light over darkness and knowledge over ignorance. As that lamp is lit, we should all recommit ourselves to bring light to any place still facing darkness. Earlier this year, we were reminded of the evil that exists in the world when a gunman walked into the Sikh gurdwara in Oak Creek, Wisconsin and opened fire. In the wake of that horrible tragedy, we saw the resilience of a community that drew strength from their faith and a sense of solidarity with their neighbors, Sikh and non-Sikh alike. We also saw compassion and love, in the heroic actions of the first responders and the outpouring of support from people across the country. Out of a day of sadness, we were reminded that the beauty of America remains our diversity, and our right to religious freedom.

In 2010, during an official visit to India, President Obama and the First Lady marked Diwali by participating in a candle lighting and performance at Holy Name High School in Mumbai. 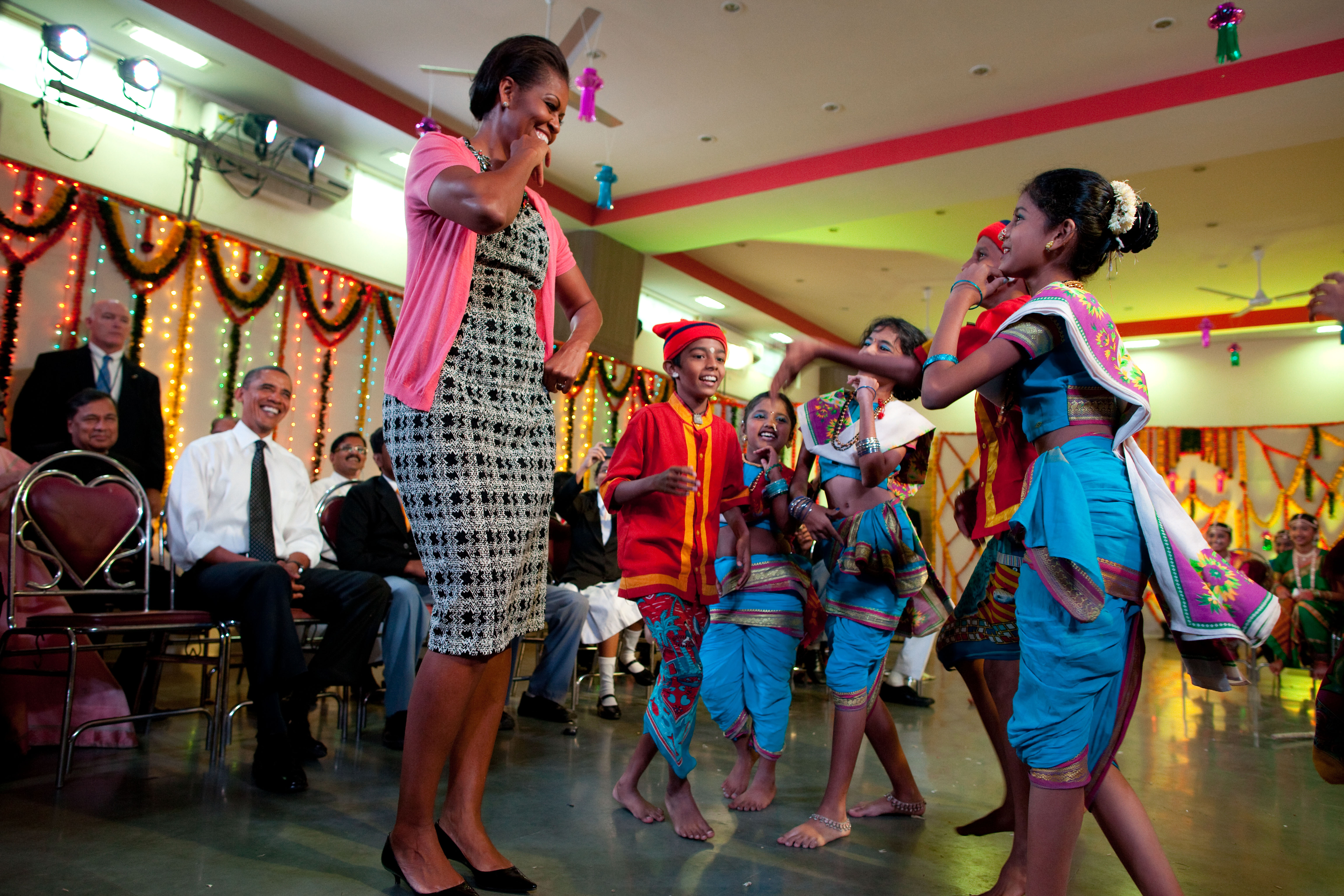 In 2009, President Obama became the first president to participate in Diwali celebrations at the White House.