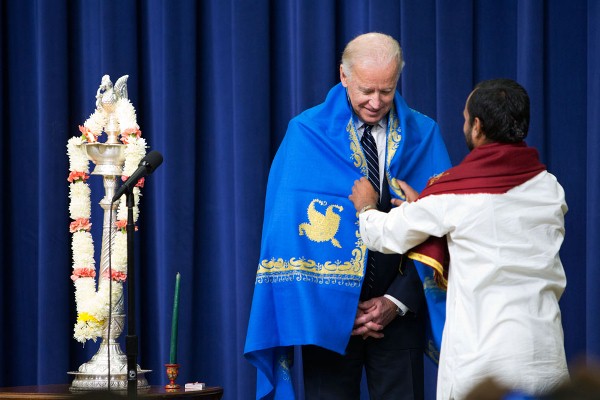 Vice President Joe Biden is presented with a shawl after lighting the candle at the Diwali reception in the South Court Auditorium of the White House, Nov. 13, 2012. (Official White House Photo by David Lienemann)

On Tuesday afternoon, for the fourth year, the White House celebrated Diwali, a holiday observed annually by Hindus, Sikhs, Jains, and some Buddhist throughout India and across the world. Known as the “festival of lights,” Diwali offers time for both reflection and celebration. Its stories and rituals focus on the triumph of light over darkness and compassion over hatred. The day signifies the renewal of life and the promise of prosperity for the year to come. 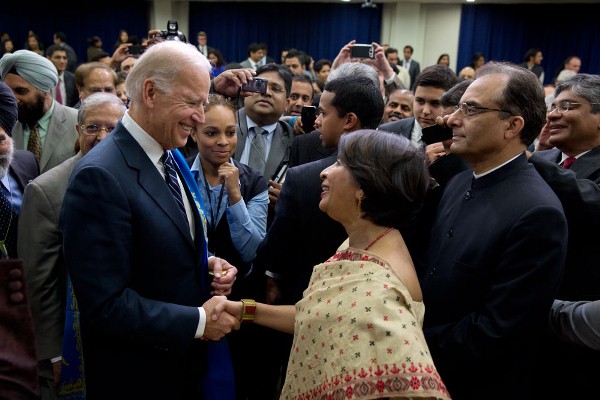 Bringing together South Asian American community leaders, elected officials, entrepreneurs, and Obama Administration officials, as well as Members of Congress and the Diplomatic Corps, the White House celebration culminated with remarks from Vice President Joe Biden.  In his remarks, the Vice President spoke of the universal resonance of Diwali and asked guests to recommit themselves to providing for those less fortunate.  In closing, the Vice President expressed his wishes for a peaceful and prosperous Diwali and that the lights guide the guests safely home.  At the conclusion of the ceremony, a priest from a local Hindu temple draped a blue shawl around the Vice President’s shoulders as he lit the diya.

To read the President’s statement on the Observance of Diwali, please click here.

Danielle Borrin is Director of Intergovernmental Affairs and Deputy Director of Office of Public Engagement in the Office of the Vice President.