President Obama Meets with the Leaders of Congress 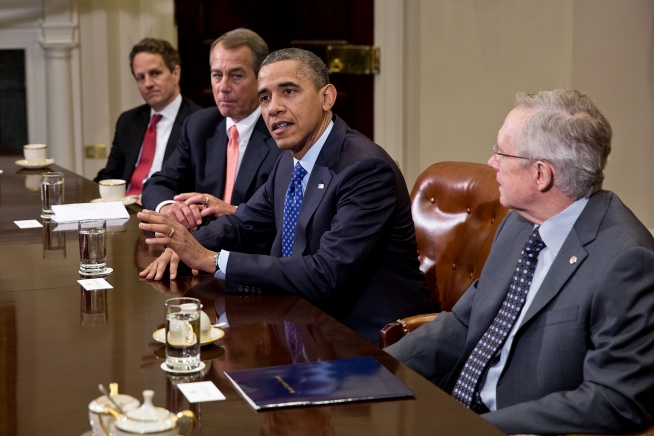 President Obama today hosted the Democratic and Republican leaders from both the House of Representatives and the U.S. Senate at the White House for talks on the economy -- and how to prevent a tax increase on the middle class.

"Our challenge is to make sure that we are able to cooperate together, work together, find some common ground, make some tough compromises, build some consensus to do the people’s business," President Obama said. "And what folks are looking for -- and I think all of us agree on this -- is action. They want to see that we are focused on them, not focused on our politics here in Washington."

Before the meeting, the President also took a moment to mark Speaker Boehner's birthday.

"We didn't make him a cake because we didn't know how many candles we'd need," President Obama told reporters.