President Obama's First Stop in Asia Is in Thailand 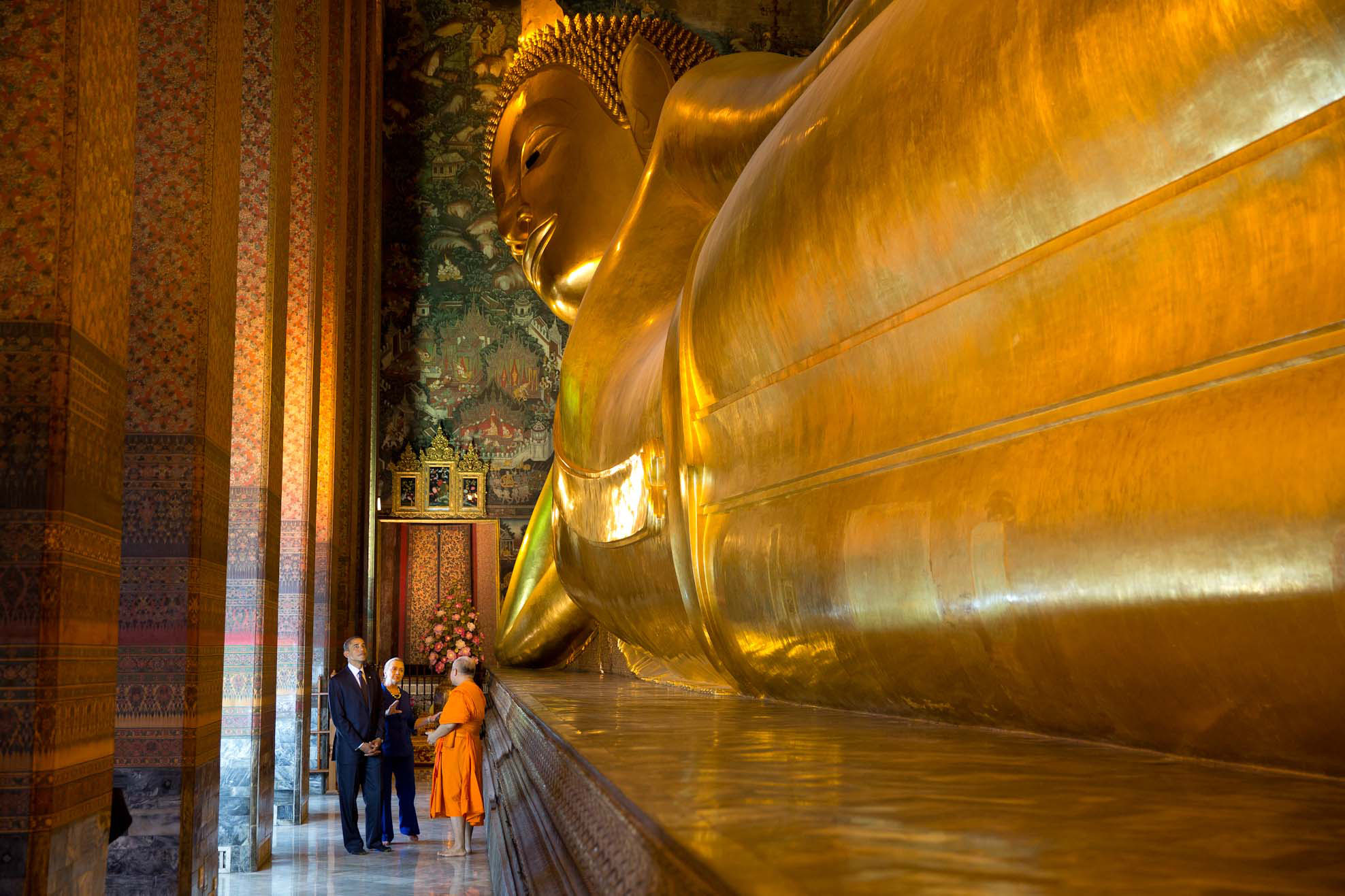 The first nation on the itinerary for President Obama's Asia trip is Thailand -- America's oldest friend on the continent, with diplomatic ties stretching back nearly 180 years.

Though his stop to the country lasted for less than one full day, the President visited a Buddhist temple at the Wat Pho monastery, met with Thai King Bhumibol Adulyadej, held a joint press conference with Thai Prime Minister Yingluck Shinawatra, and enjoyed a dinner hosted by the prime minister at the Government House in Bangkok.

Before the dinner, President Obama toasted the character and strength of the Thai people.

"Everything that I’ve felt -- your dignity, your resilience, your friendship, your warmth -- that is the foundation of our alliance," he said. "It’s why you were the first Asian nation to reach out to America after we won our independence. It’s why in Asia, to this day, we can say Thailand is our oldest friend. And we are extraordinarily proud of that friendship, and we are especially pleased to see the excellent leadership that, Madam Prime Minister, you are providing as you continue this country’s path of democracy, freedom and development." 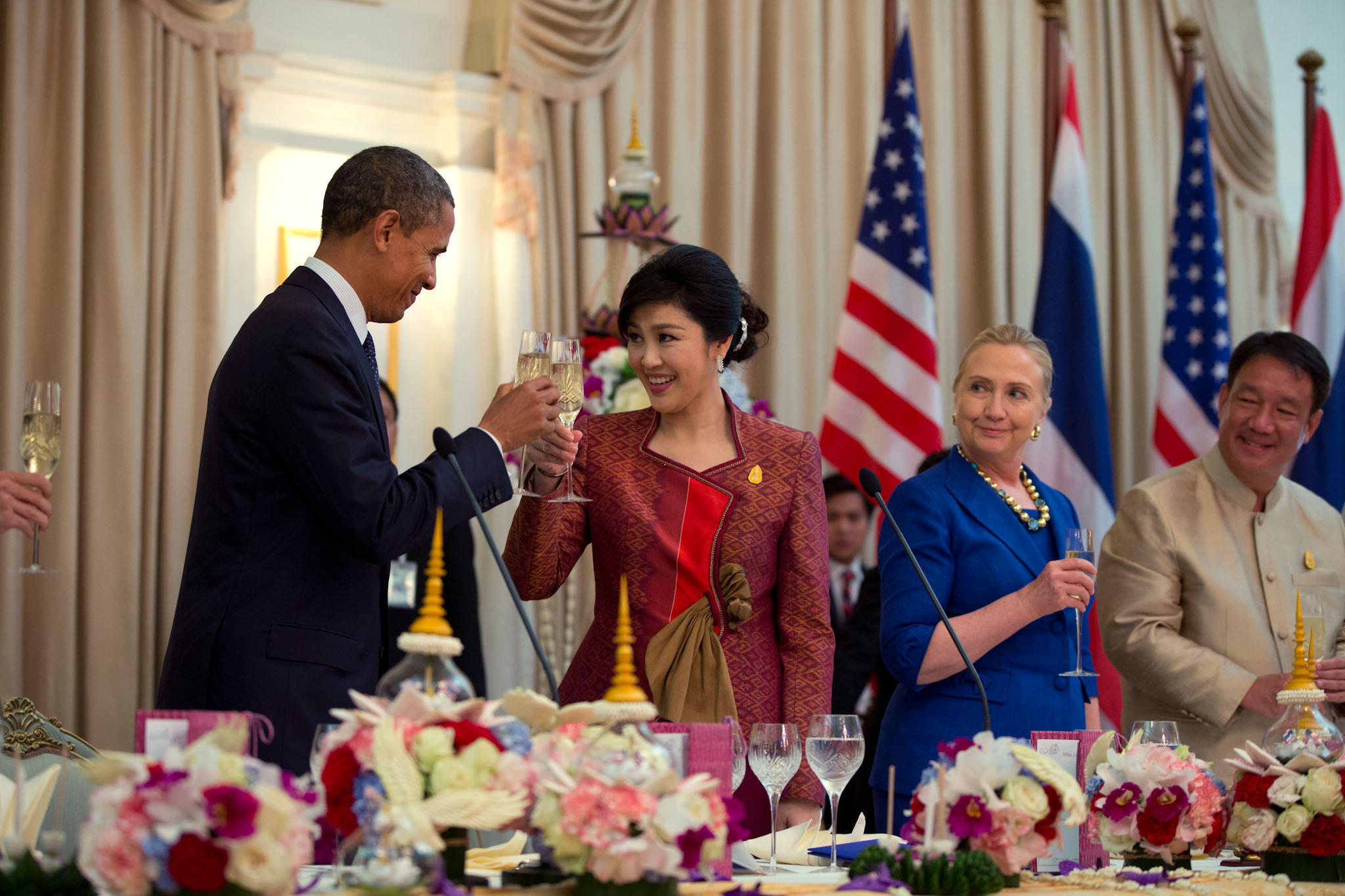