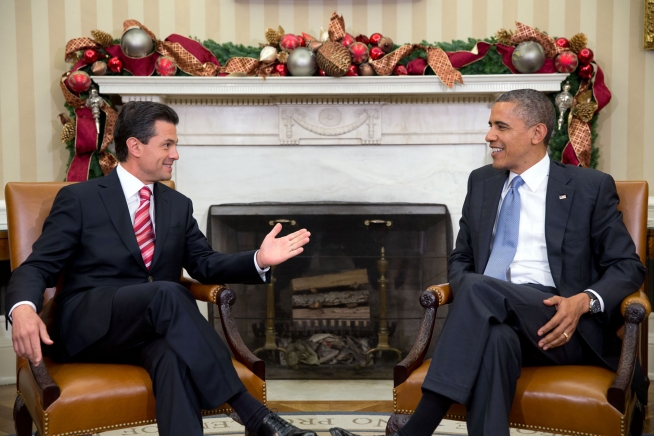 This afternoon, President Obama welcomed Enrique Peña Nieto, the President-elect of Mexico, to the Oval Office.

By long-standing tradition, newly elected Mexican presidents hold early meetings with the United States, in part because it symbolizes the close relationship between our two countries.

And President-elect Peña Nieto is himself no stranger to the United States, having spent a year in Maine as a student.

"But I think that’s representative of the strength of the relationship between the United States and Mexico," President Obama said. "It’s not just a matter of policy, but it’s a matter of people, as represented by the many U.S. citizens who travel to Mexico, who live in Mexico, and obviously the incredible contribution that Mexican Americans make to our economy, our society, and to our politics."

President Obama noted that President-elect Peña Nieto's reform agenda is one that Americans will watch closely -- as what happens in Mexico affects our society as well.

The president-elect was also quick to draw parallels between himself and President Obama.

"We were both congressmen -- legislators, as we say in Spanish -- in our respective congresses in our own countries," he said. "And this means we're very sensitive to the needs of our peoples. And we also share a very important vision, the vision for instance of creating more jobs. We know this is very important, not only for the American people but also for the Mexican peoples, for both of our nations."