November 28, 2012 at 5:30 PM ET by Megan Slack
Twitter Facebook Email
Summary:
President Obama and his Cabinet discuss ongoing response and recovery efforts after Hurricane Sandy and making sure that taxes don't go up on middle-class families. 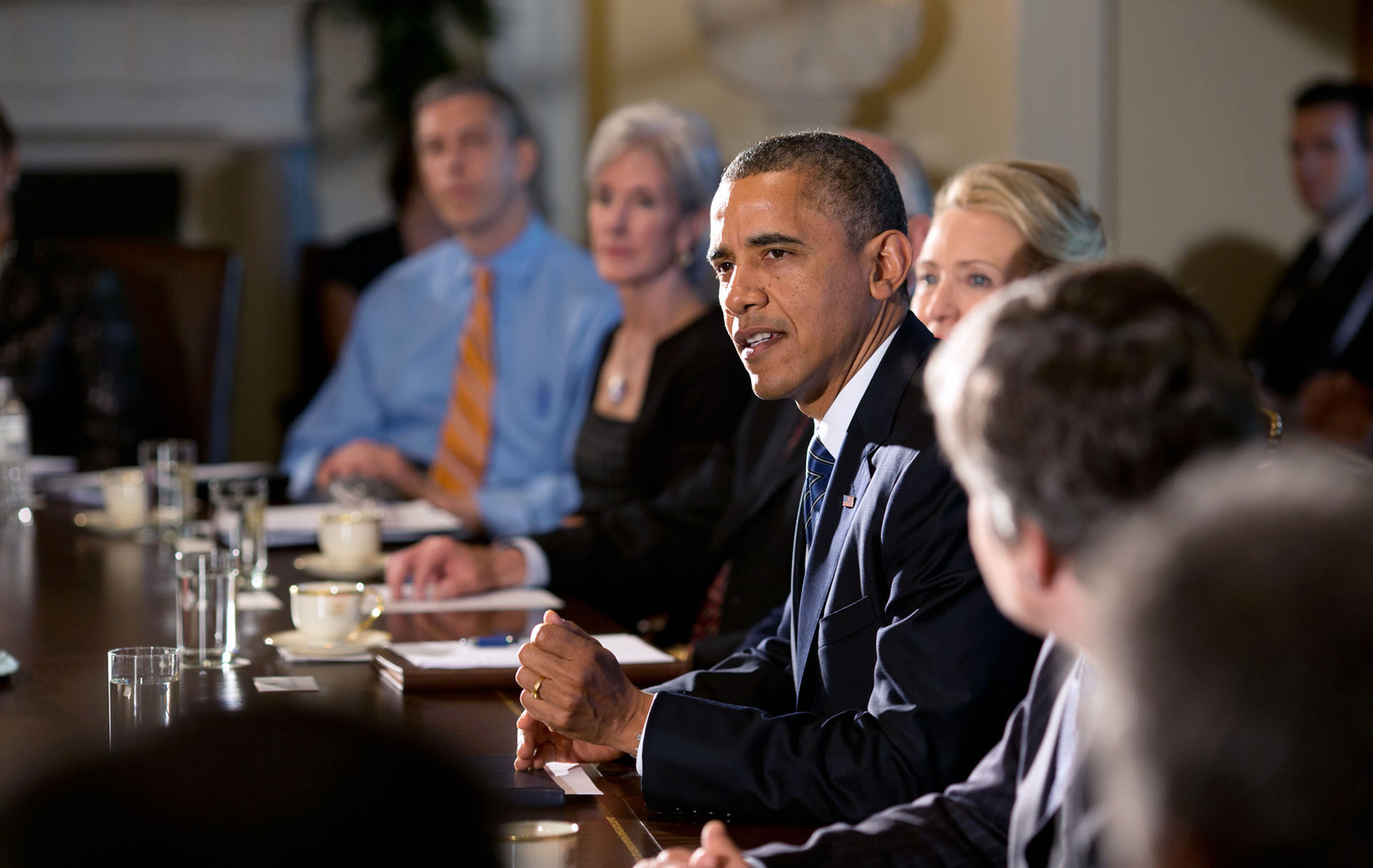 He first thanked Cabinet members for doing “a remarkable job on behalf of the American people, across the board, on a range of issues” including growing our economy, putting people back to work, and keeping Americans safe around the world.

But there’s still much work to be done, he reminded them. In today’s meeting, President Obama said the Cabinet would discuss efforts to help communities recover and rebuild after Hurricane Sandy, as well as something that’s on the minds of many American families across the country: making sure taxes on the middle class don’t go up.

Earlier in the day, President Obama called on Americans to make their voices heard about how a $2,000 tax increase in 2013 would impact their family by visiting WH.gov/My2K, using the hashtag #My2K on Twitter, or speaking out on Facebook.

Watch his full remarks at the Cabinet meeting below: