November 29, 2012 at 11:26 AM ET by Dr. Jill Biden
Twitter Facebook Email
Summary:
Yesterday was the ceremonial groundbreaking of a new Education Center at The Vietnam Veterans Memorial Wall. The Center will be a national landmark dedicated to bringing the stories of the more than 58,000 American service members lost in the Vietnam War to life. 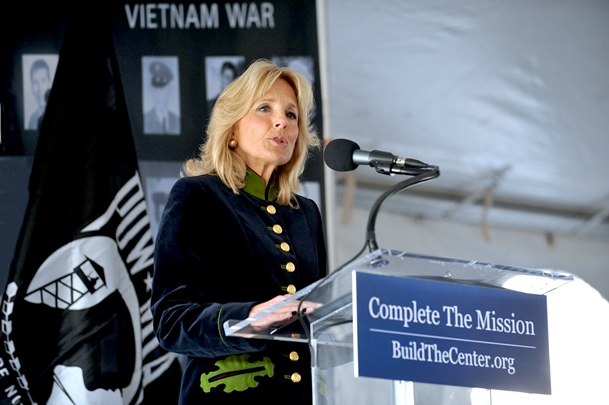 Dr. Jill Biden speaks at the Ceremonial Groundbreaking of The Education Center at The Wall on November 28, 2012. (Photo by Bill Petros)

Yesterday, I was honored to meet Dr. Michael McClung, a Vietnam veteran and Gold Star dad. Dr. McClung is the father of United States Marine Corps Maj. Megan McClung, who became the first female Marine Corps officer to die in Iraq when her Humvee was struck by an IED on December 6, 2006.

Along with Defense Secretary Leon Panetta, Interior Secretary Ken Salazar, members of Congress, military leaders and other Gold Star families, we gathered for the Ceremonial Groundbreaking of The Education Center at The Wall, a future national landmark that will bring to life the stories of the more than 58,261 Americans who lost their lives in the Vietnam War. 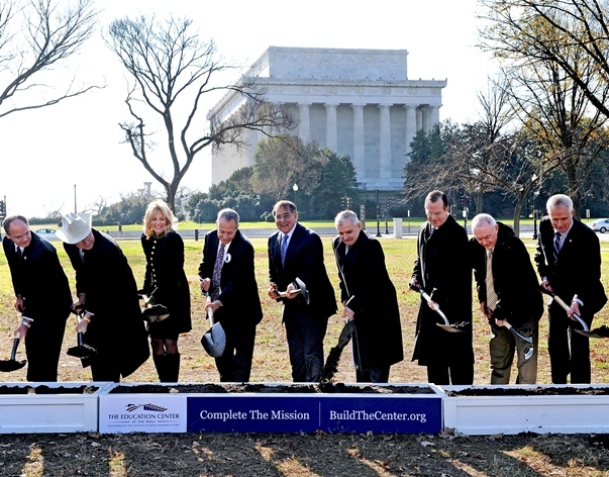 Dr. Jill Biden breaks ground with Defense Secretary Leon Panetta, Interior Secretary Ken Salazar and others at the Ceremonial Groundbreaking of The Education Center at The Wall on November 28, 2012. (Photo by Bill Petros)

While Dr. McClung spoke about his daughter – a remarkable young woman by any account – he also gave a moving tribute to all those who serve, and said everyone should learn the story behind a name on The Wall. “If you don’t know a name in The Wall, find out about that man or woman, and tell their story again,” Dr. McClung said.

As Second Lady, as a military mom, and as a teacher, I could not agree more. There are many Americans who don’t know anyone in the military. Strengthening the understanding between civilians and our military is one of the reasons the First Lady and started Joining Forces – so that all Americans would understand the need to find ways to honor and support our troops, veterans, and military families.

And that is also why the Education Center is so important: it will help ensure that our veterans will always be remembered – not just in name, but by their actions – telling their stories again so that future generations may learn and be inspired by their service for years to come.