The Courage and the Strength

November 30, 2012 at 5:16 PM ET by Dr. Jill Biden
Twitter Facebook Email
Summary:
To highlight Military Family Month, Dr. Biden shares her own story of being a military mom with This I Believe and the Bob Edwards Show.

Editor's note: Military Family Month reminds us to take a moment to reflect on the contributions and sacrifices of our military families. As President Obama said in his proclamation declaring November as Military Family Month, “When a young woman signs up to defend our Nation, her parents are enlisted as well. When a father deploys to a combat zone, his children are called to serve on the home front. And when the men and women of our military serve far from home, their families feel the strain of their absence.”

As both the Second Lady of the United States and a military mom herself, Dr. Jill Biden has the honor of regularly meeting with military families across the country and is continually inspired by their courage and strength. To highlight Military Family Month, Dr. Biden is sharing her own story of being a military mom with This I Believe and the Bob Edwards Show. 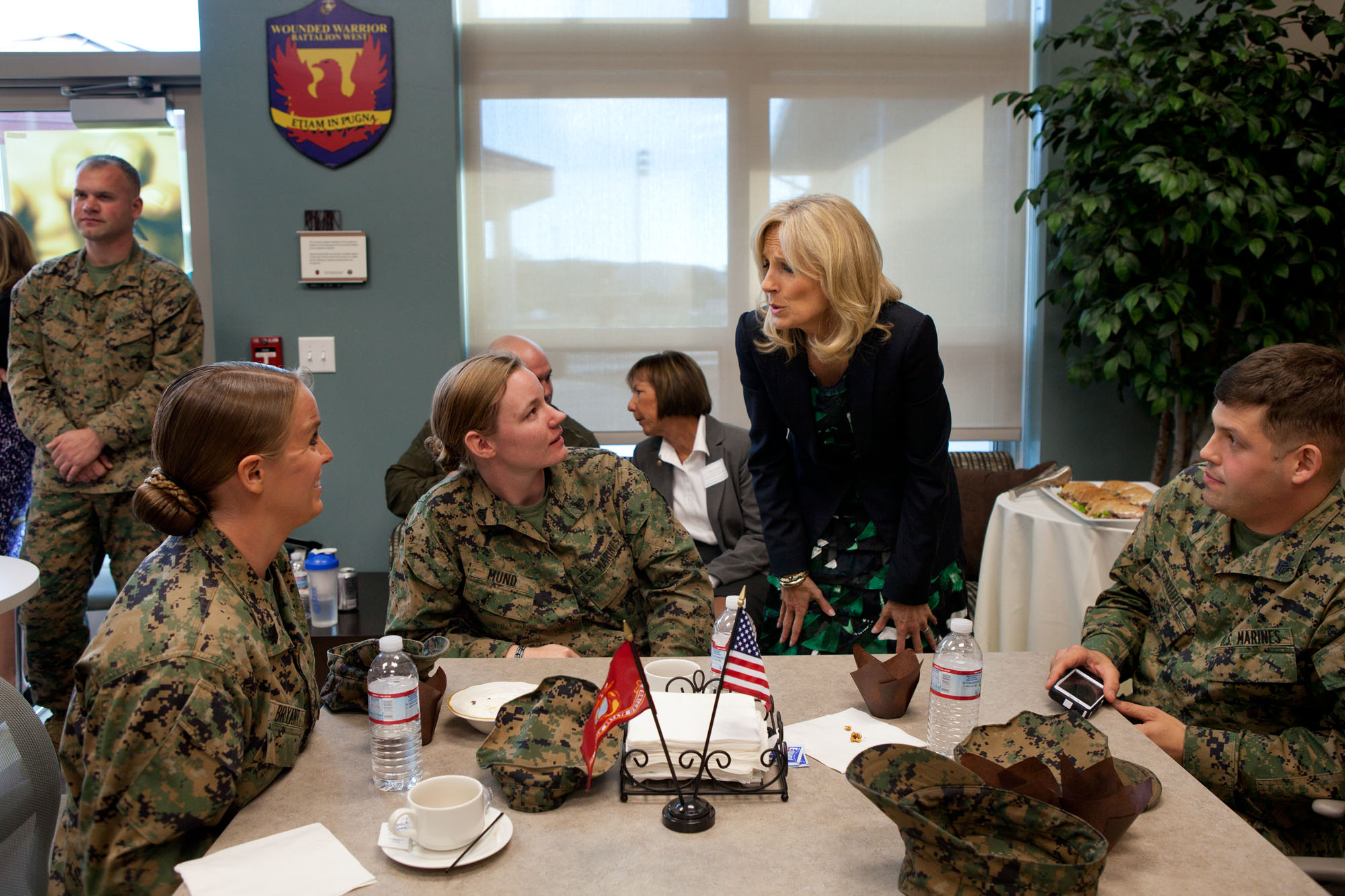 My son Beau deployed to Iraq for a year in October 2008. That was a really tough year for our entire family.

It was also the year I experienced firsthand the mixture of pride and concern that military families share when a loved one is in harm’s way. And I learned just how much it means when members of a community reach out to support a family.

A military family goes through a lot during a deployment. For my daughter-in-law Hallie and my grandchildren, Hunter and Natalie, there were so many moments—some big and many small—when Beau’s absence cast a long shadow. Like any child, Natalie had trouble understanding why her daddy couldn’t be with her to celebrate her fifth birthday.

The holidays were especially difficult for our family because we would always spend them together. We tried to keep our spirits up with our regular traditions…but the empty chair at the table was a painful reminder of Beau’s absence.

What kept us going were the many people who found ways to support our family that entire year. A neighbor shoveled the driveway after a snowstorm. Friends brought meals. Our church included Beau’s name in the bulletin, so that everyone could pray for him. It meant so much to me when complete strangers came up and whispered, “I’m praying for your son.”

At Natalie’s school, her teacher hung a photo of Beau’s unit on the wall of her classroom, so everyone would know her daddy was away fighting the war. That meant so much to our entire family

As a military mom, I try to pass those simple acts of kindness along when I meet other military families who are going through a deployment. One of the best parts of my role as Second Lady has been meeting with so many of these military families and hearing their stories. I am always inspired by their strength and resilience.

And I have also realized there are so many Americans who don’t know anyone in the military…who haven’t been through the challenges of a deployment…and who don’t understand what the military experience is really like.

First Lady Michelle Obama and I started Joining Forces last year, so that every American is inspired to take action to honor and support our troops, veterans, and military families. I want military families—especially military children like my grandchildren—to know they are not alone, that others have gone through this experience and become stronger, and that Americans appreciate and respect their tremendous sacrifice in serving our country.

I believe that our military families deserve the very best efforts of each of us to ease the burdens created by their service to our country. Whatever that small act of kindness may be, it means so much to military families.

During Beau’s deployment ceremony, a general’s wife slipped a prayer into my hand, a prayer that I said every morning Beau was gone. When I meet other military moms, I tuck this prayer into their hands, hoping it gives them the reassurance that that prayer gave to me. It reads:

I pray to give each soldier the courage and the strength to do the duty that is required of them.

May they always remember our appreciation for the sacrifice they and their families are making for us.

We are thankful for the men and women who are willing to risk their lives to protect our freedom.

Please go with each one of them and protect them wherever they go.

May God bless our troops.