December 1, 2012 at 11:48 AM ET by Erin Lindsay
Twitter Facebook Email
Summary:
Every year on this day, the world comes together to stand with people affected by HIV/AIDS, to remember those we have lost and to renew our commitment to ending the pandemic once and for all. 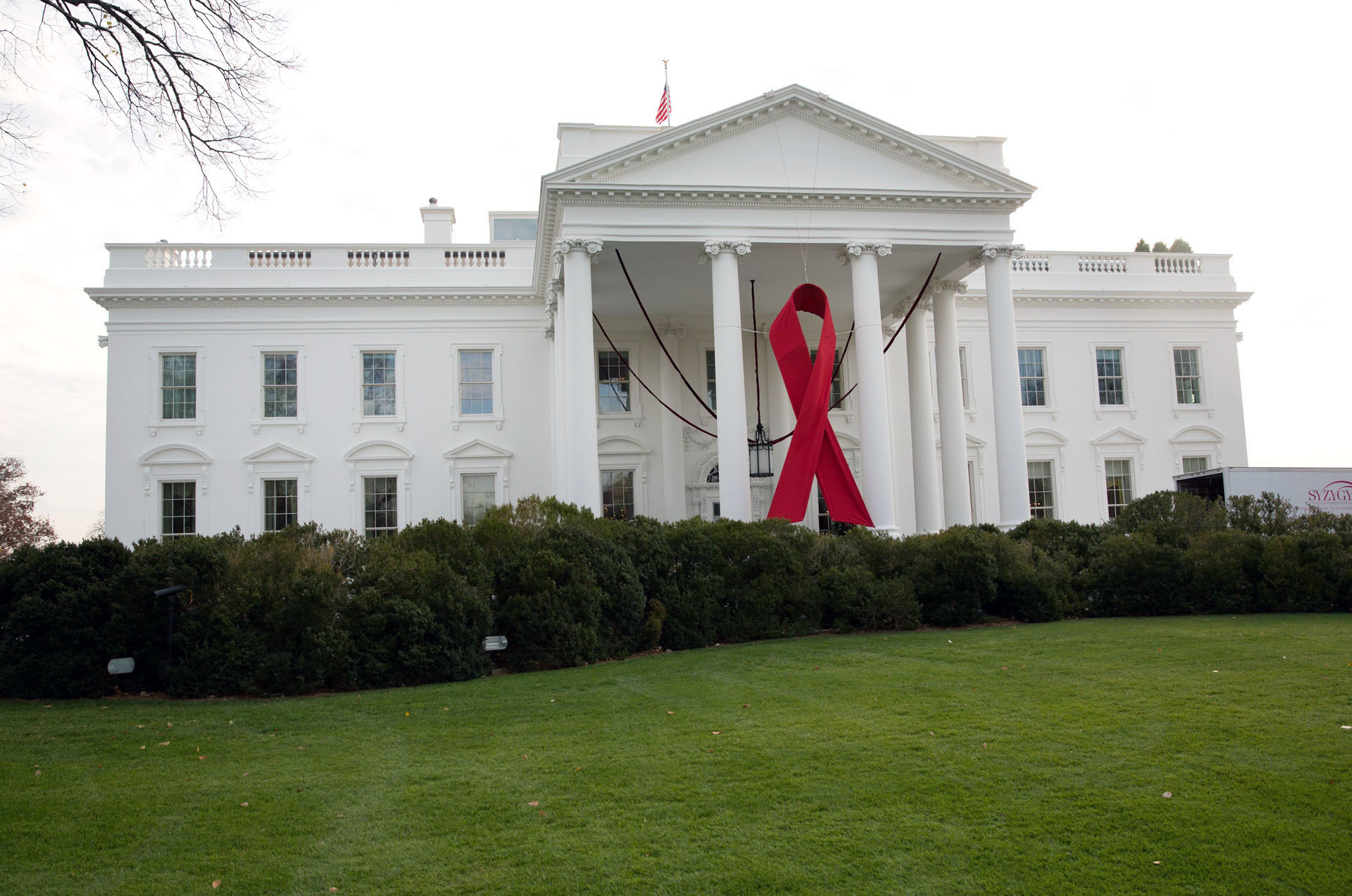 A giant red AIDS ribbon is put on display in honor of World AIDS Day on the North Portico of the White House, Nov. 30, 2012. (Official White House Photo by Lawrence Jackson)

Today, December 1, 2012 is World AIDS Day. Every year on this day,  the world comes together to stand with people affected by HIV/AIDS, to remember those we have lost and to renew our commitment to ending the pandemic once and for all.

Last year on World AIDS Day, President Obama announced ambitious new targets in the global fight against HIV/AIDS, and on the domestic front focused on investment to support the first comprehensive National HIV/AIDS Strategy to fight the epidemic here at home.

One year later, the President's commitments have translated into real measurable progress. As of today, we are treating over 5 million people with lifesaving medicines for AIDS, up from 1.7 million in 2008, and are on track to treat 6 million people by the end of 2013.  This year, we have also reached over 700,000 HIV-positive pregnant women with antiretroviral drugs that will prevent them from passing the virus to their children. We are making real progress, but the fight is not over.

As the President stated in his Proclamation for World AIDS Day 2012:

Creating an AIDS-free generation is a shared responsibility. It requires commitment from partner countries, coupled with support from donors, civil society, people living with HIV, faith-based organizations, the private sector, foundations, and multilateral institutions. We stand at a tipping point in the fight against HIV/AIDS, and working together, we can realize our historic opportunity to bring that fight to an end.

Today, we reflect on the strides we have taken toward overcoming HIV/AIDS, honor those who have made our progress possible, and keep in our thoughts all those who have known the devastating consequences of this illness. The road toward an AIDS-free generation is long -- but as we mark this important observance, let us also remember that if we move forward every day with the same passion, persistence, and drive that has brought us this far, we can reach our goal. We can beat this disease. On World AIDS Day, in memory of those no longer with us and in solidarity with all who carry on the fight, let us pledge to make that vision a reality.

Every wonder how we get the red ribbon up on the White House?  Check out this time-lapse video: