December 5, 2012 at 5:33 PM ET by Megan Slack
Twitter Facebook Email
Summary:
President Obama speaks to members of the Business Roundtable, an association of CEOs of American businesses, and reiterates his push for tax cuts for middle-class families 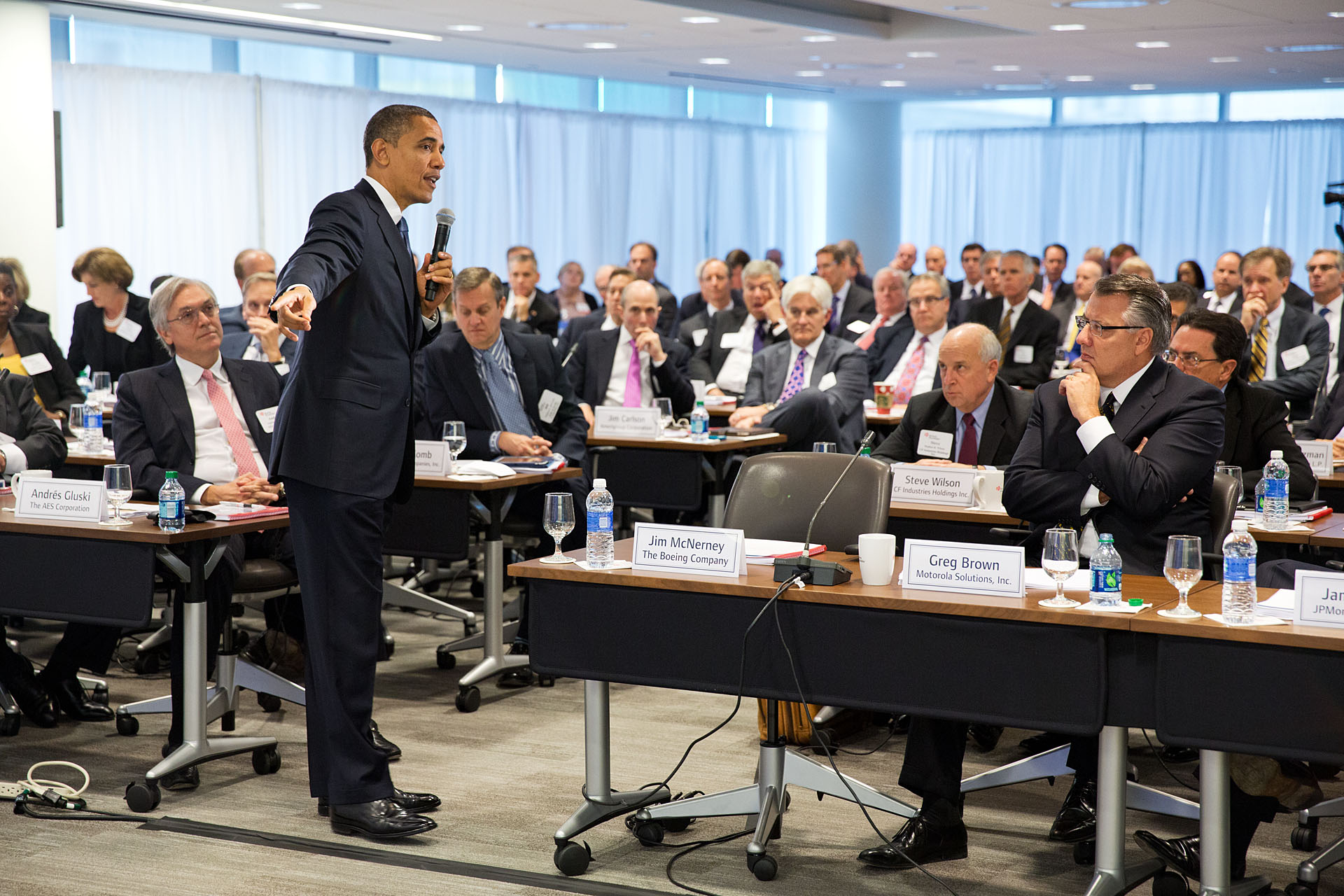 President Barack Obama delivers remarks and takes questions from business leaders at the quarterly meeting of the Business Roundtable at the BRT in Washington, D.C., Dec. 5, 2012. (Official White House Photo by Pete Souza)

Today, President Obama spoke to members of the Business Roundtable, an association of CEOs of American businesses, and reiterated his plan to extend tax cuts for middle-class families.

He explained how preventing tax hikes for middle-class families is good for business leaders as well as the broader economy.

The President said that a bringing down our deficits in a balanced way means cutting spending as well as raising revenue through higher tax rates on the wealthiest Americans -- which would include some members of the Business Roundtable.