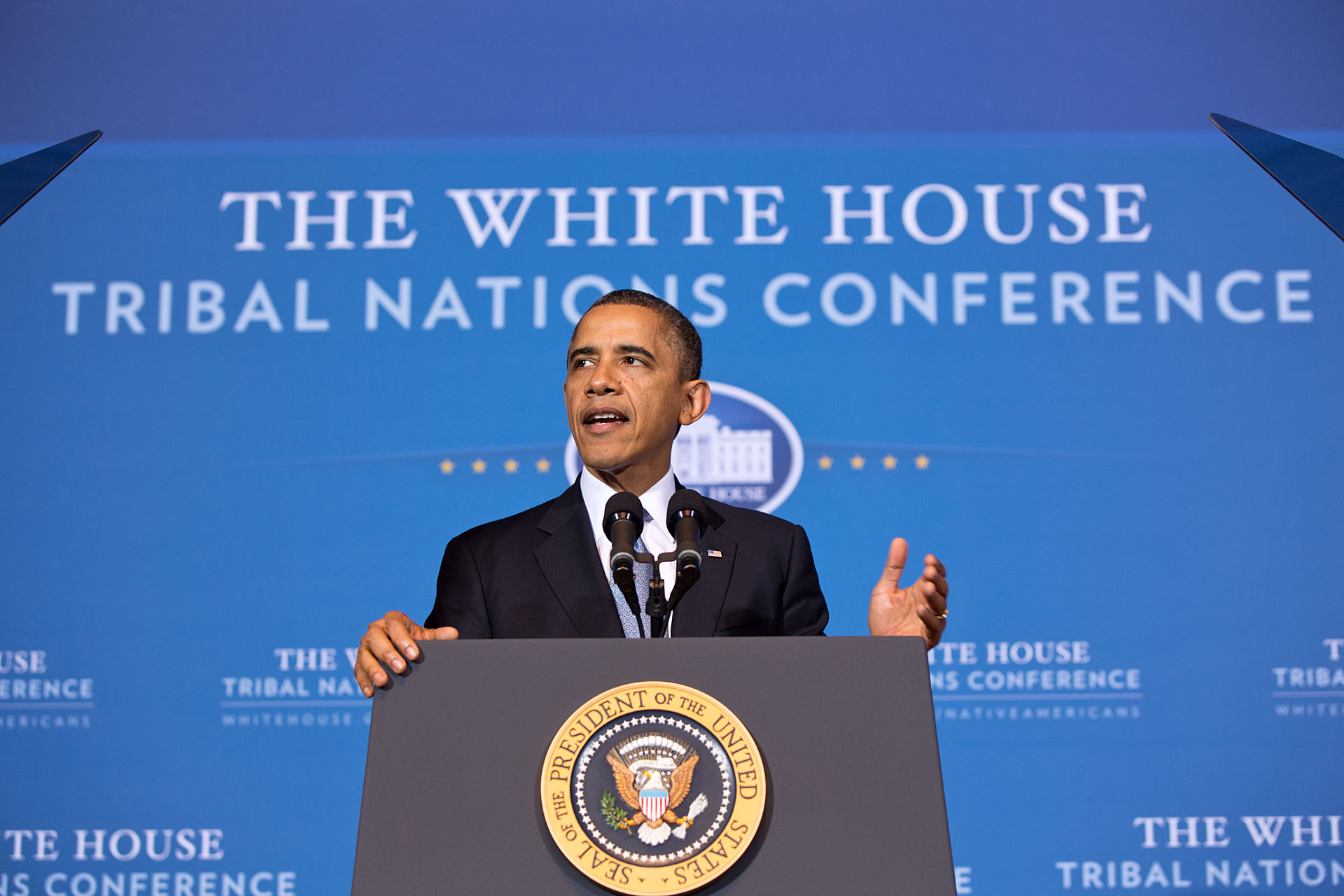 Each year, President Obama hosts a White House Tribal Nations Conference here in Washington, DC. The goal is to give leaders from America's federally-recognized tribes the opportunity to interact directly with members of the Obama administration, including the President.

He used the event to remember Sonny Black Eagle -- the Crow National tribal leader who adopted the President in 2008. Black Eagle passed away in his sleep last month. He was 78.

After losing his mother to tuberculosis, Black Eagle was raised by his grandparents in Montana, who taught him both the traditions and the language of the Crow people. As a child, however, Black Eagle had to contend with teachers who would strike him for speaking Crow in school, and as a young man, he was confronted by racism and segregation.

"Sonny, like many of you, knew intolerance and knew injustice. He knew what it was like to be persecuted for who you are and what you believe," the President said. "But as time went by, year by year, decade by decade, as Native Americans rallied together and marched together, as students descended on Alcatraz and activists held their ground at Frank’s Landing, as respect and appreciation for your unique heritage grew and a seminal struggle played itself out, Sonny lived to see something else. He saw a new beginning."

That new beginning took the shape of a different policy from the U.S. government -- one that allowed tribal governments to build out stronger institutions and Native Americans to embrace self-determination.

And in his four years in the White House, it's a policy on which President Obama has worked to build.

"We’ve focused on justice and tribal sovereignty," the President said. "Long-standing legal disputes, like the Cobell case, have been resolved. I signed into law the Tribal Law and Order Act, which is helping to fight crime. These are all important steps. But we’ve got more to do. With domestic violence so prevalent on reservations, we’re pushing Congress to restore your power to bring to justice anyone -- Indian or non-Indian -- who hurts a woman. With some tribal nations unable to put their land into federal trust, we’re pushing Congress to pass the Carcieri fix right away."

Much of this work is ongoing, but it's an effort that President Obama has pledged to continue.

"Over the next four years, as long as I have the privilege of serving as your President, we’re going to keep working together to make sure that the promise of America is fully realized for every Native American," he said.