Tiffany Shared What $2,000 Meant to Her ... and the President Stopped by to Talk About It

Tiffany Shared What $2,000 Meant to Her ... and the President Stopped by to Talk About It

December 6, 2012 at 5:01 PM ET by Megan Slack
Twitter Facebook Email
Summary:
Tiffany, a high school teacher who lives in Northern Virginia, is one of the thousands of people who wrote in to the White House to share what it would mean to her family if their income taxes went up next year. 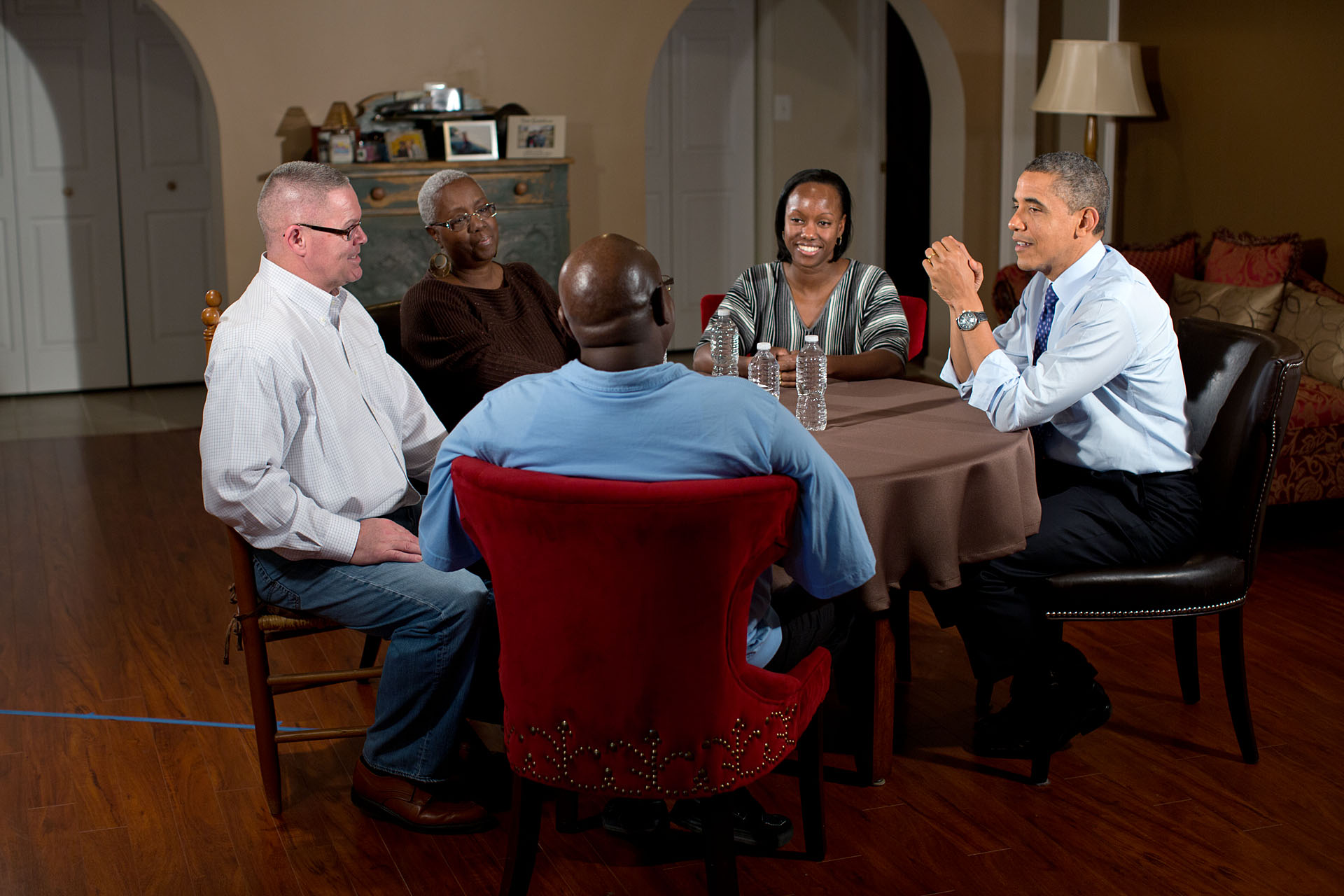 President Barack Obama meets with Tiffany and Richard Santana and Tiffany’s parents, Velma and Jimmie Massenburg for a roundtable to discuss the importance of extending the middle class tax cuts and taking a balanced approach to tackling our fiscal challenges, at the Santana’s home in Falls Church, Virginia, Dec. 6, 2012. (Official White House Photo by Lawrence Jackson)

Today President Obama visited one of the 114 million American families who would see their taxes go up next year if Congress fails to extend the middle-class tax cuts.

Tiffany, a high school teacher who lives in Northern Virginia, is also one of the thousands of people who wrote in to the White House to share what it would mean to her family if their income taxes went up next year.

Although a typical middle-class family could pay about $2,000 more in taxes in 2013 if the tax cuts aren't extended, the President explained why Tiffany’s family would likely pay more.

Her husband, Richard, works at a Toyota dealership. They actually live with Tiffany’s parents, both of whom are still working. And so what Tiffany pointed out was that an increase of $2,000 or so for her and her husband in this household would actually mean $4,000 that was lost. And a couple of thousand dollars means a couple months’ rent for this family.

“For them to be burdened unnecessarily because Democrats and Republicans aren’t coming together to solve this problem gives you a sense of the costs involved in very personal terms,” President Obama said.

So the message that I got from Tiffany and the message that I think we all want to send to members of Congress is this is a solvable problem. The Senate has already passed a bill that would make sure that middle-class taxes do not go up next year by a single dime. Ninety-eight percent of Americans whose incomes are $250,000 a year or less would not see any increases. Ninety-seven percent of small businesses would not see any increases in their income taxes. And even folks who make more than $250,000 would still have a tax break for their incomes up to $250,000. So 100 percent of Americans actually would be keeping a portion of their tax cuts, and 98 percent of them would not be seeing any increase in their income tax.