Students Speak: “Why I’m in STEM”

December 7, 2012 at 1:56 PM ET by
Twitter Facebook Email
Summary:
This week, OSTP asked winners and finalists from the 2012 Siemens Foundation student competition in Math, Science, and Technology to tell us why they are pursuing STEM and what it means to them. Here's what they had to say.

This week, OSTP asked winners and finalists from the 2012 Siemens Foundation student competition in Math, Science, and Technology to tell us why they are pursuing STEM and what it means to them.

The Science of Sleep 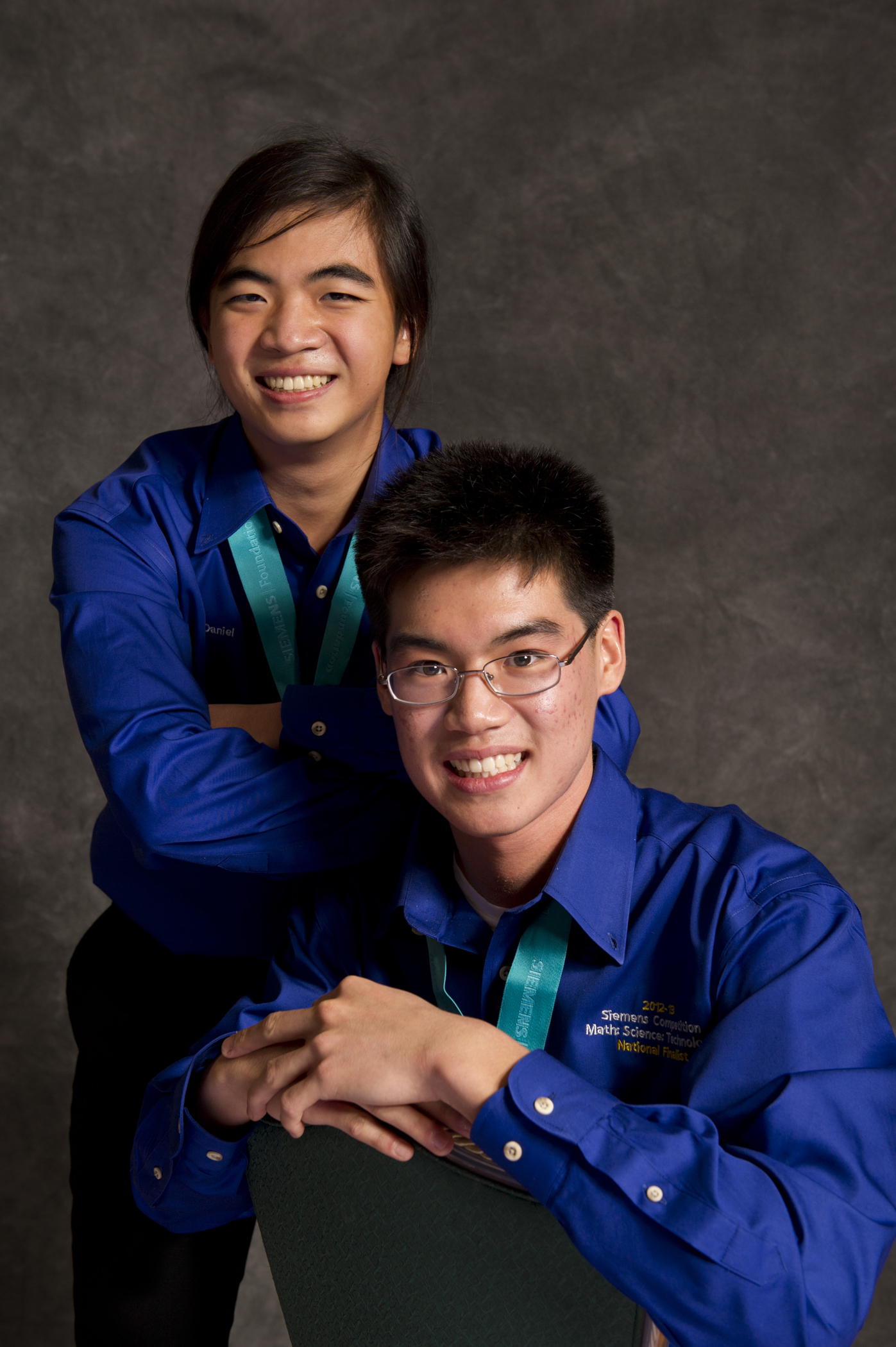 Daniel Fu (Park Tudor School, Indianapolis, Indiana) and Patrick Tan (Carmel High School, Carmel, Indiana): Daniel and Patrick developed two new mathematical methods for analyzing the human body’s oscillatory network—the system of genes and proteins in the body that regulate periodic processes such as the 24-hour sleep cycle. Their work could help inform the development of better treatments for illnesses that result from irregularities in these processes, such as sleep disorders.

“We first became interested in this problem after watching Inception, which deals with dreams and sleep to a major extent. The movie inspired us to investigate the nature of sleep at a fundamental level, which led us to the 24-hour sleep cycle and genetic oscillatory networks. We like STEM because it can provide answers to fundamental questions about the universe. It is by definition at the forefront of human capability, and it is the only way to advance the human frontier.”—Daniel Fu 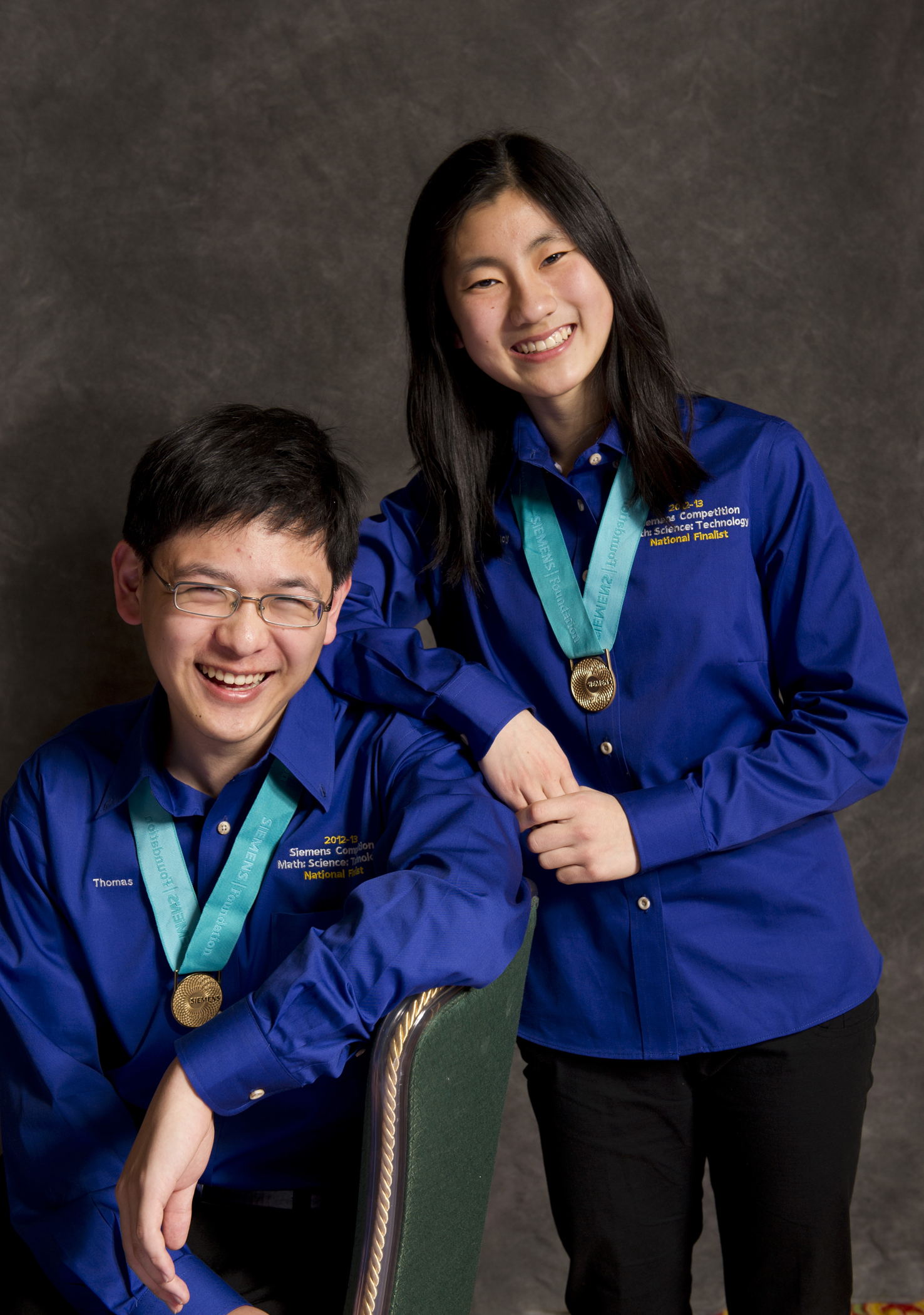 “I had embarked on the journey to pursue science beginning at the age of eight through volunteering for the visually impaired, and have since then understood the vast potential and impact that STEM has on our rapidly developing world. Each phrase, formula, or conclusion written down requires months and years of dedication, and to have the opportunity to present a part of this work on a national platform, in addition to meeting so many bright minds, has inspired me to continue the study of STEM regardless of where my life path may lead me.” –Joy Jin 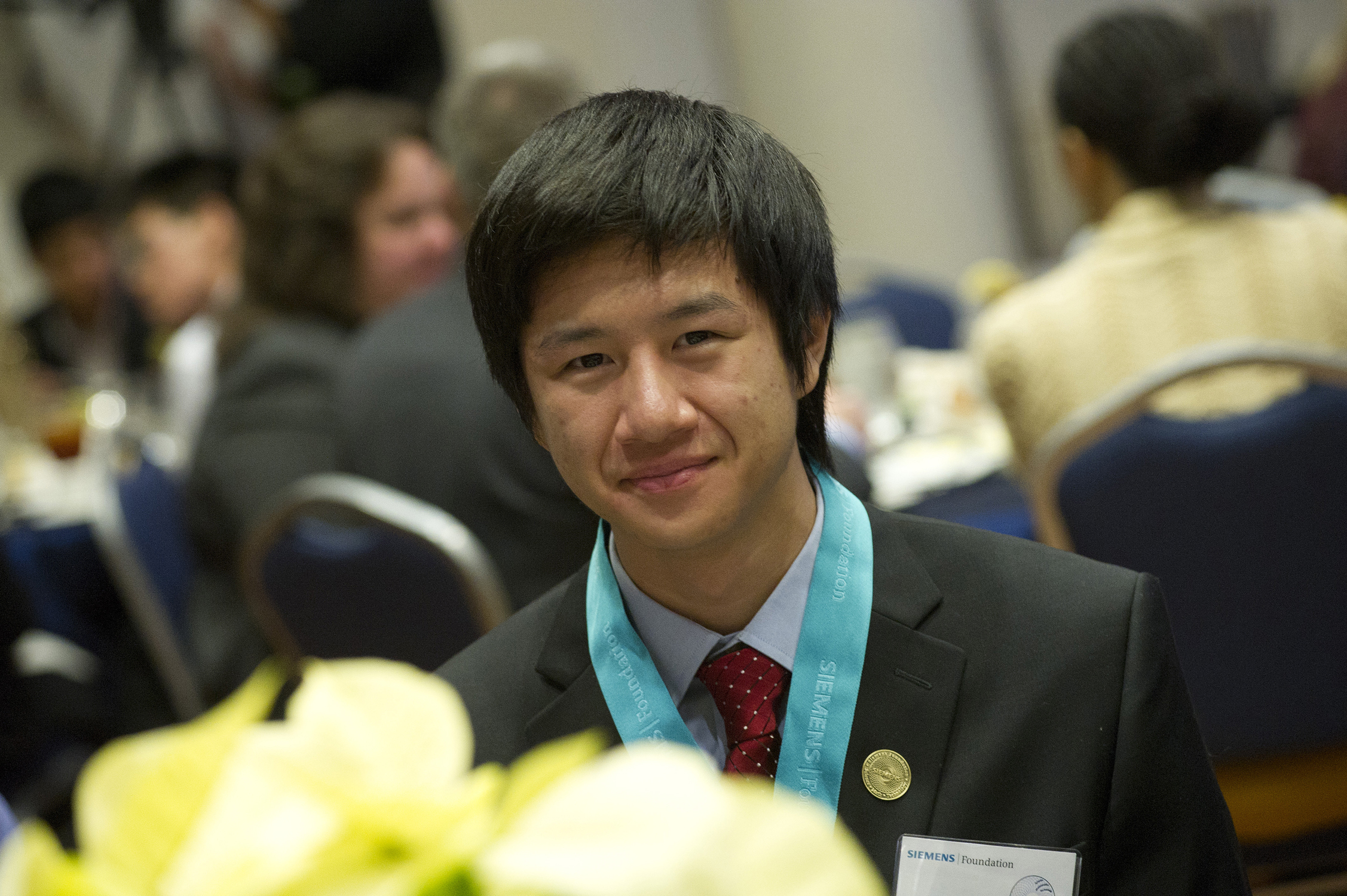 Kensen Shi (A&M Consolidated High School, College Station, Texas): Kensen developed a mathematical algorithm that can help robots better navigate environments without colliding with surrounding objects. His method computes the safest paths between obstacles and through narrow passages so that robots—such as those that aid the elderly—can work more efficiently.

“My interest in science arose at an early age. In kindergarten, I was consciously experimenting with the phenomenon of parallax (although I did not know the scientific term) by holding a finger vertically in front of my face. Throughout my life, I have questioned why the world works as it does, and discovering the answers to my questions is exciting and rewarding for me.” –Kensen Shi

Secrets of the Brain 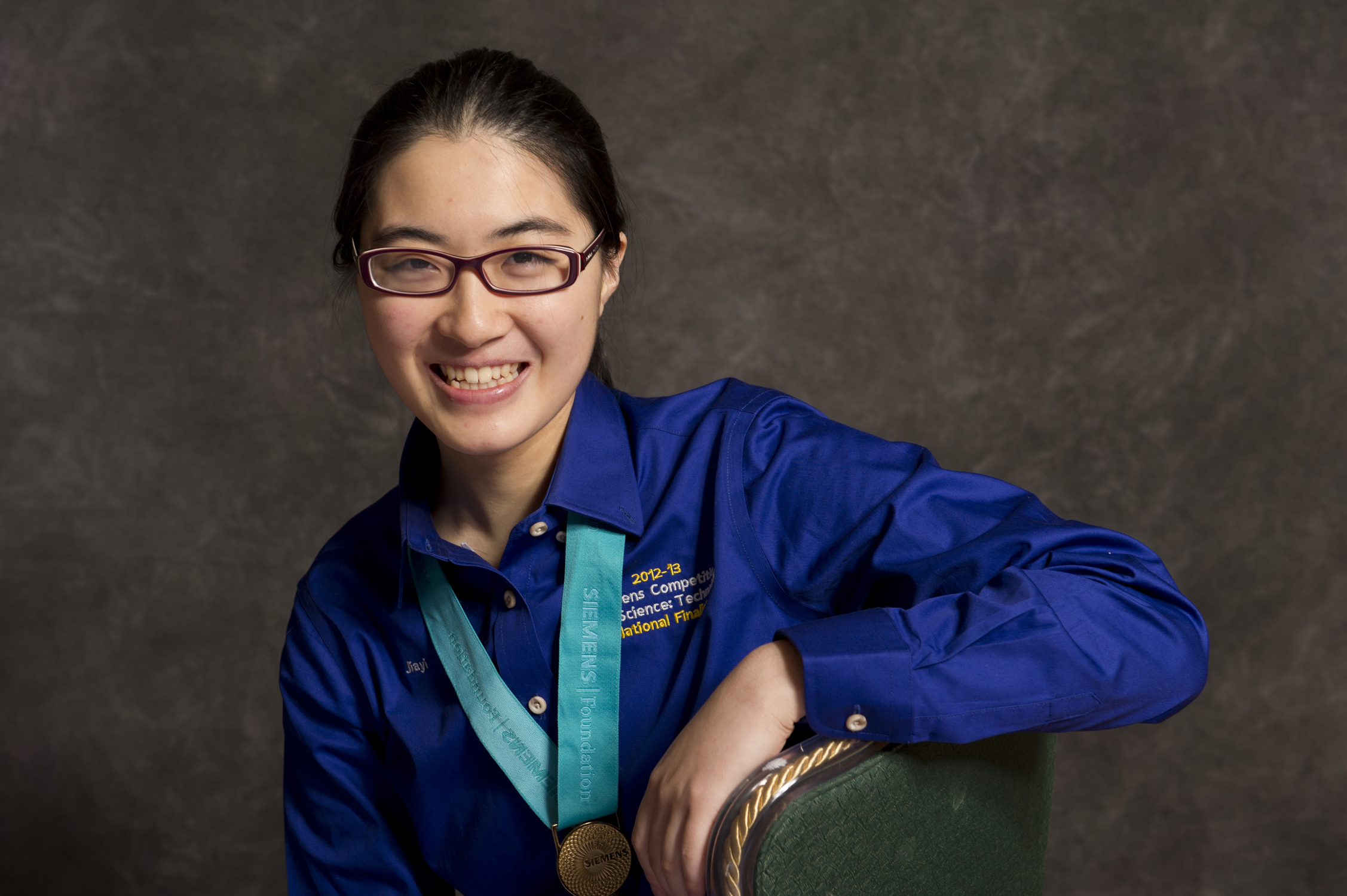 Jiayi Peng (Horace Greeley High School, Chappaqua, New York): Jiayi proposed a new computer model to investigate how two kinds of neurological mechanisms can affect the brain’s ability to operate and regulate itself. Her model could help scientists better understand how neurological mechanisms differentiate a healthy brain from one with a disorder such as epilepsy, autism, or Alzheimer’s.

“Since I have always been interested in mathematics, learning about the possible application of mathematics to a real-world problem excited me. Later as I began to read more about mathematical modeling, I became specifically interested in modeling neuronal networks because of the potential for that research to help find cures to devastating neurological disorders. I believe that STEM research is essential to help us understand the increasingly complex world and is the basis for us to find solutions to our world’s most challenging problems.” –Jiayi Peng 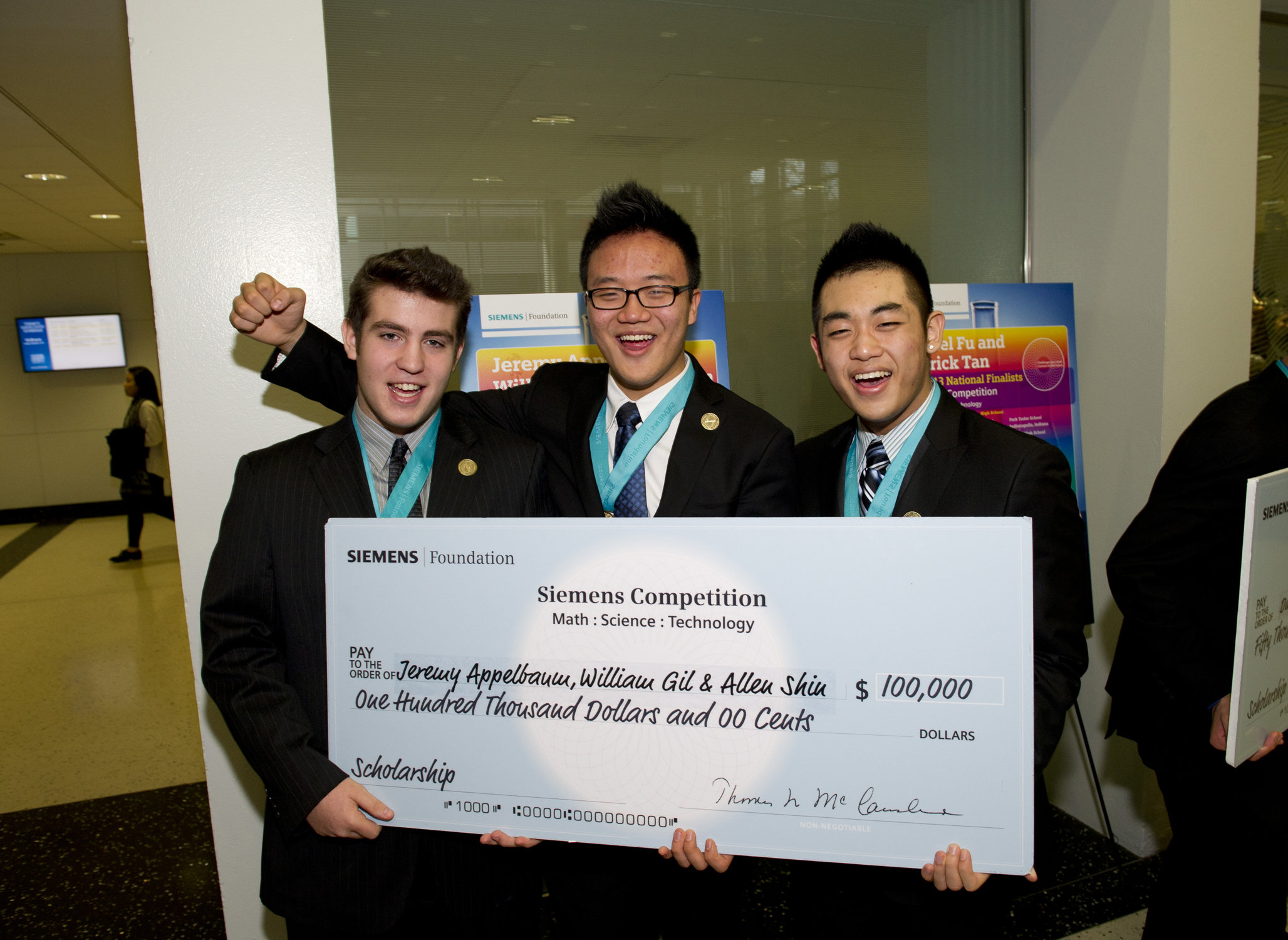 Jeremy, William, and Allen, studied a key protein that, in plants, regulates responses to light and, in people, can suppress the formation of tumors. The insights gained by studying the protein in a germinating fern plant could help scientists better understand potential applications for the protein in animals in the future.

“We were determined to find a topic that not only interested us, but would have an impact on the world we live in. Not many people think that plants can influence our lives, but they have a major impact on society each and every day…My teammates and I have chosen to pursue a career in STEM not because of its prestige, but because it facilitates others around us to better the world and because we are able to give back to the community that brought us there in the first place.” – Jeremy Appelbaum

(All photos courtesy of the Siemens Foundation)

Becky Fried is a Communications and Policy Analyst at OSTP