President Obama Talks About "the Idea that Built America" 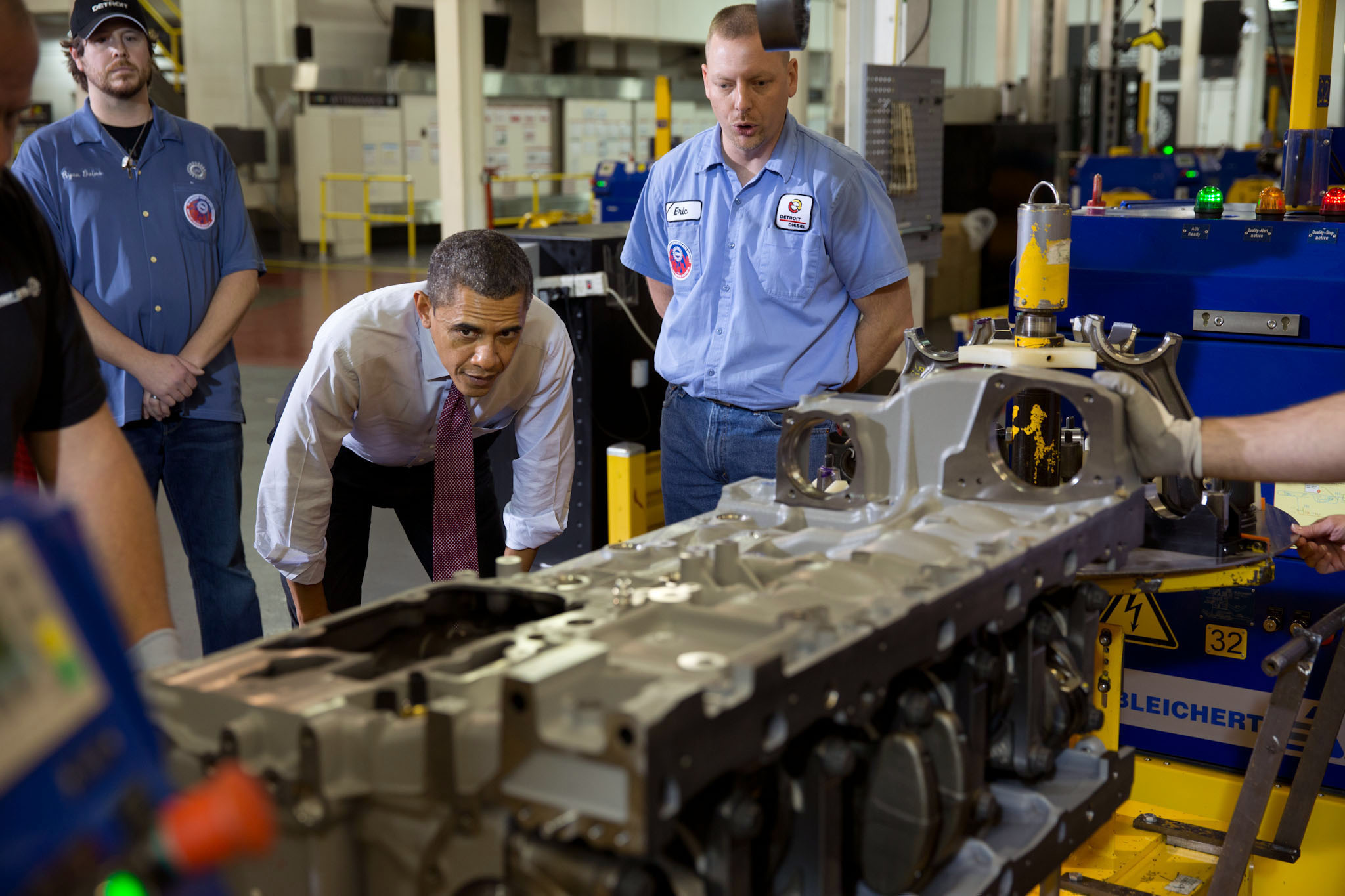 President Obama was in Detroit today to talk about the economy -- how companies are reinvesting in American workers and why it's so important to extend tax cuts for middle class families.

"I believe America only succeeds and thrives when we’ve got a strong and growing middle class," he said to the crowd at the Daimler Detroit Diesel Plant. "I believe we’re at our best when everybody who works hard has a chance to get ahead; that they can get a job that pays the bills; that they’ve got health care that they can count on; that they can retire with dignity and respect, maybe take a vacation once in a while -- nothing fancy, just being able to pack up the kids and go someplace and enjoy time with people that you love; make sure that your kids can go to a good school; make sure they can aspire to whatever they want to be. That idea is what built America."

In many ways, the Detroit Diesel Plant is an example of a resurgence in American manufacturing. Eight years ago, the workers started building axles in addition to engines. Today, President Obama announced that Daimler is investing $120 million into the plant, which will support 115 new jobs building transmissions and turbochargers, as well.

The President described how that was part of a broader trend.

"Over the past few years, it’s become more expensive to do business in countries like China. Our workers have become even more productive," he said. "Our energy costs are starting to go down here in the United States. And we still have the largest market. So when you factor in everything, it makes sense to invest here, in America."

The result is a climate where manufacturing jobs are growing at rate we've not matched since the 1990s. In the past 33 months, private employers in this country have created 5.5 million new jobs.

And President Obama pressed lawmakers to keep that momentum going.

"If Congress lets middle-class taxes go up, economists will tell you that means people will spend nearly $200 billion less than they otherwise would spend," he said. "Consumer spending is going to go down. That means you've got less customers. Businesses get fewer profits. They hire fewer workers. You go in a downward spiral. Wrong idea."