Working together to strengthen our communities is at the core of our national values. New research indicates that this commitment to service burns brighter than ever

In the latest version of the Volunteering and Civic Life in America (VCLA) report published today by the Corporation for National and Community Service (CNCS), we see a series of encouraging trends.

According to the report, the national rate of volunteering has reached a five-year high. Other indicators all point toward rising levels of civic participation. 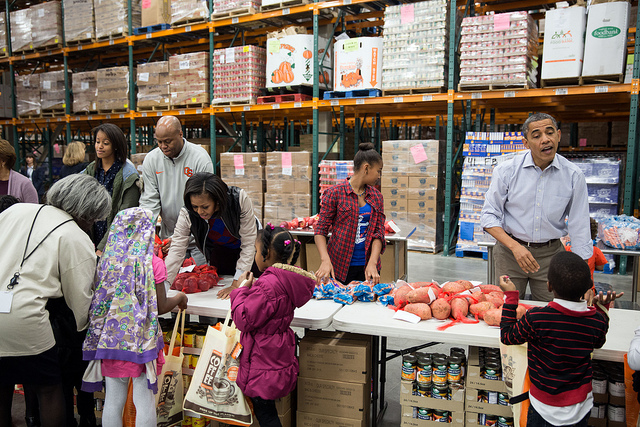 For example, the report shows that roughly one in four adults (26.8 percent or 64.3 million Americans) volunteered through an organization, marking the highest rate since 2006. Two out of three citizens (65.1 percent or 143.7 million Americans) engaged in informal volunteering by doing favors for and helping out their neighbors.  This represented a rise of nearly 10 percentage points from 2010.

The involvement of parents of school-aged children also stands out in the new report. They had a volunteer rate seven percentage points higher than the national average (33.7 percent compared to 26.8 percent). Of the parents who volunteer, 43.1 percent do so at schools or other youth service organizations, making schools a hub for volunteering and civic activity.

The author of today’s report, the Corporation for National and Community Service (CNCS), is an active partner in making a difference in our nation’s schools from cradle to career. Through the AmeriCorps and Senior Corps programs, its members and volunteers tutor, mentor, and educate more than three million disadvantaged youth, strengthening America’s future.  And national service members are on the front lines of other efforts, such as the national and local response to Hurricane Sandy. In countless ways, these individuals are making a positive impact in classrooms and communities across the country.

Altogether, Americans volunteered approximately 7.9 billion hours in 2011. According to the report, this labor contributed an estimated value of $171 billion to the economy.

As more people are volunteering and strengthening local communities, they are contributing to our national renewal and economic recovery. The VCLA report provides important insight as to how service strengthens the social, civic, and economic fabric of our nation.