Hanukkah at the White House: A Menorah that Survived Sandy

December 14, 2012 at 9:52 AM ET by Colleen Curtis
Twitter Facebook Email
Summary:
President Obama and First Lady Michelle Obama welcomed friends and leaders from the Jewish community to celebrate the sixth night of Hanukkah. 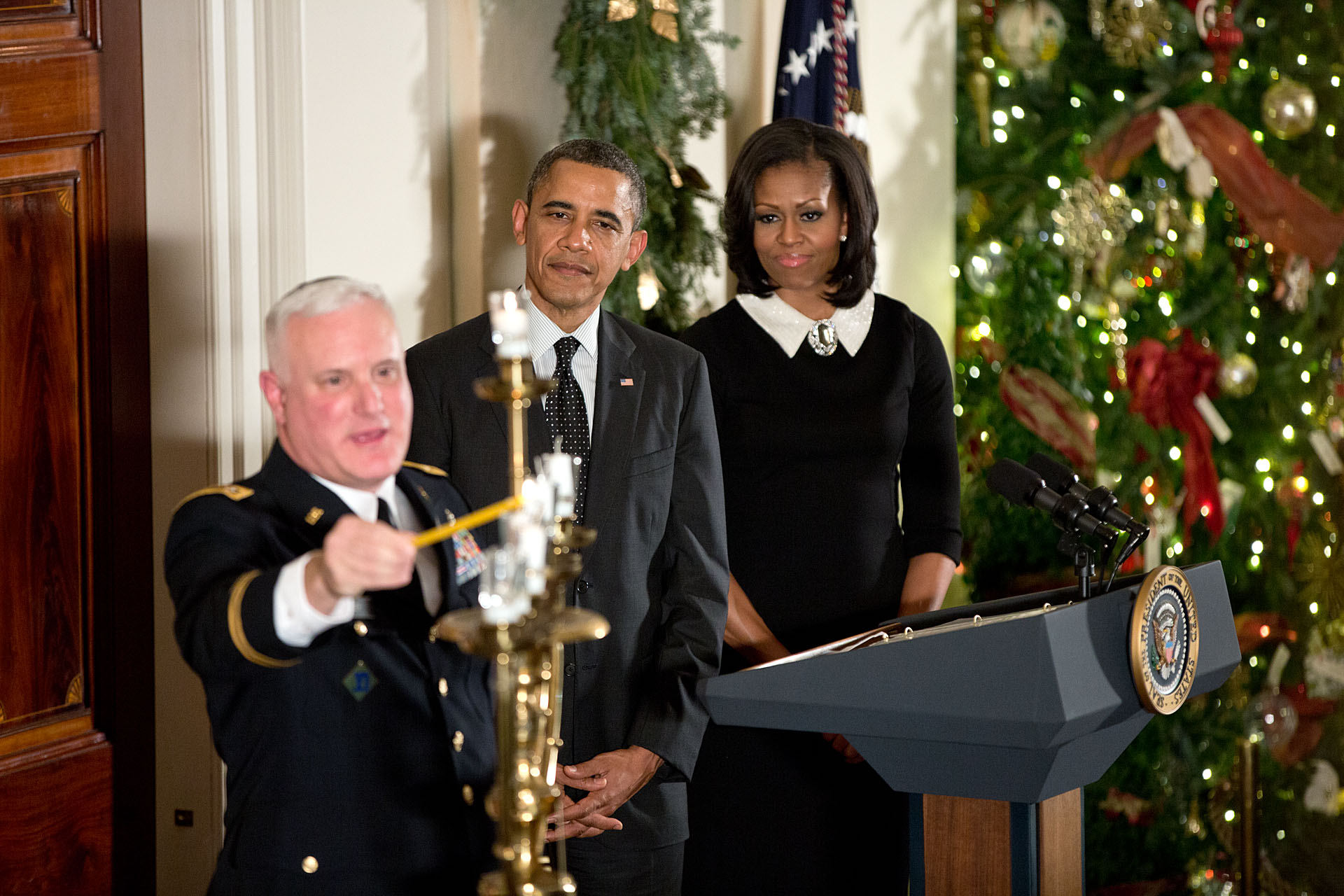 President Obama and First Lady Michelle Obama on Thursday welcomed friends and leaders from the Jewish community to celebrate the sixth night of Hanukkah. In his remarks, the President remembered the enduring story of resilience and optimism that is the essence of this holiday:

Over 2,000 years ago, a tyrant forbade the Israelites from practicing their religion and his forces desecrated the Holy Temple.  So Judah Maccabee gathered a small band of believers to fight this oppression, and against all odds, they prevailed.  And the Maccabees liberated Jerusalem and restored the faith of its people.  And when they went to reclaim the Temple, the people of Jerusalem received another gift from God -- the oil that should have lasted only one night burned for eight.  That miraculous flame brought hope and it sustained the faithful.

To this day, Jews around the world honor the Maccabees' everlasting hope that light will overcome the darkness, that goodness will overcome evil, and that faith can accomplish miracles.The celebration this year was a tribute to more recent examples of resilience and optimism as well. The 90-year-old menorah used in the ceremony came from the Temple Israel synagogue in Long Beach, New York, which was badly damaged by Hurricane Sandy. It served as a symbol of perseverance, and as a reminder of those who are still recovering from Sandy’s destruction.

This was not the first year that Rabbi Larry Bazer, the Joint Forces Chaplain for the Massachusetts National Guard, was asked to light the candles at the White House Hanukkah celebration. Last year, Rabbi Bazer was unable to attend because he was four months into his deployment in Afghanistan, and he spent every night of Hanukkah with a different group of soldiers. As President Obama noted, "he had a pretty good excuse" for turning down that invitation.