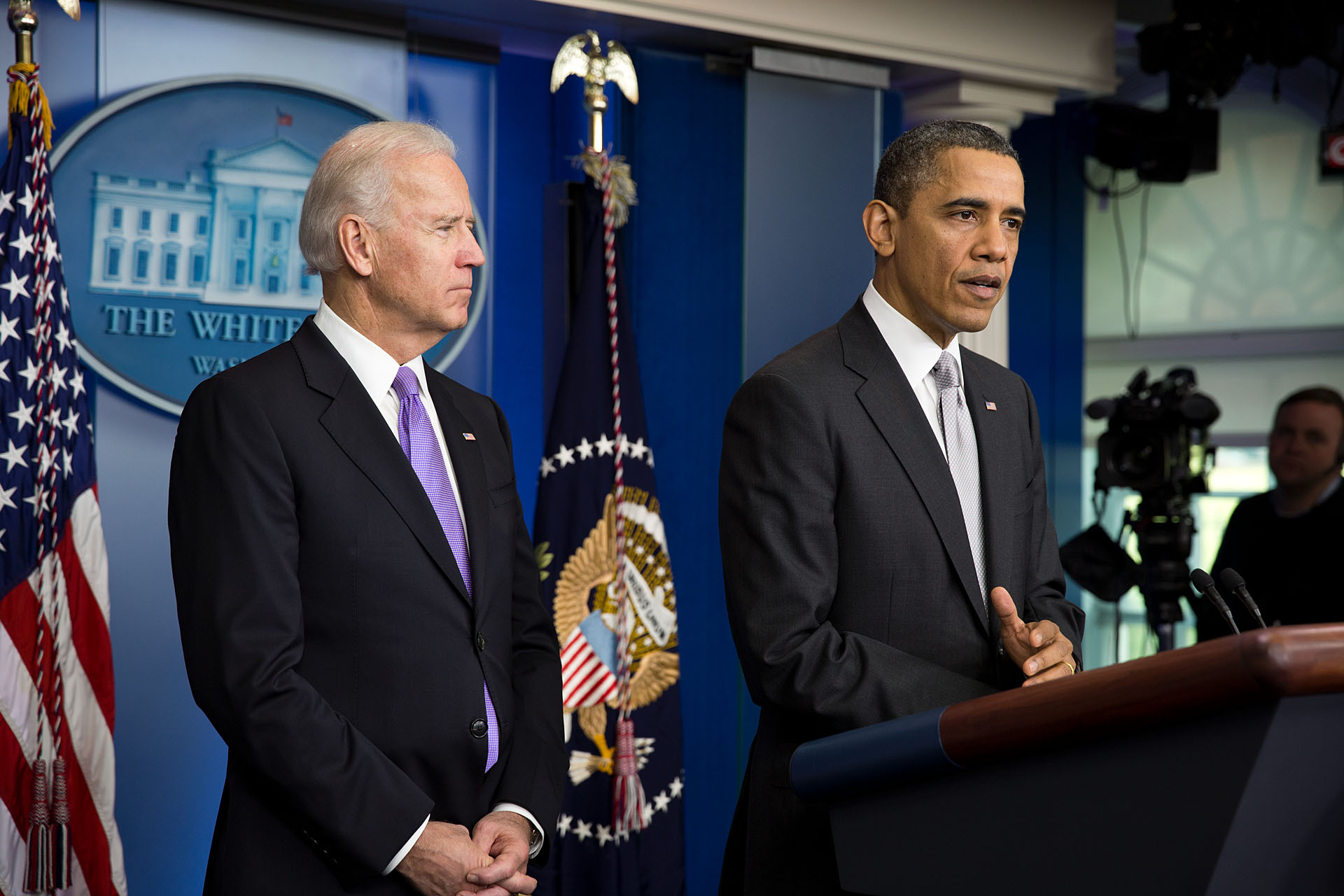 President Barack Obama, with Vice President Joe Biden, delivers a statement and takes questions about the Administration’s gun policy process in the wake of the shootings in Newtown, Connecticut, in the James S. Brady Press Briefing Room of the White House, Dec. 19, 2012. (Official White House Photo by Pete Souza)

Five days after the tragic shooting at the Sandy Hook Elementary School in Newtown, Connecticut, President Obama said that he is committed to reducing the epidemic of gun violence that plagues this country every single day.

At a press conference in the James S. Brady Press Briefing Room at the White House, the President announced that Vice President Joe Biden will lead a new initiative that has been tasked with identifying concrete proposals for real reform by January. The Vice President, who wrote the 1994 Crime Bill that helped law enforcement bring down the rate of violent crime and included the assault weapons ban, will work with members of the Cabinet and outside organizations on this effort, and President Obama urged the new Congress to hold votes on the proposals early next year:

The President made clear that this is a complex issue, and that solutions must be wide-ranging and include everything from access to mental health services to confronting a culture that at times glorifies violence. But he also made clear that the price of doing nothing is much too high for our country to bear:

Since Friday morning, a police officer was gunned down in Memphis, leaving four children without their mother.  Two officers were killed outside a grocery store in Topeka.  A woman was shot and killed inside a Las Vegas casino.  Three people were shot inside an Alabama hospital.  A four-year-old was caught in a drive-by in Missouri, and taken off life support just yesterday. Each one of these Americans was a victim of the everyday gun violence that takes the lives of more than 10,000 Americans every year -- violence that we cannot accept as routine.

You can read the President's full remarks or watch the press conference on video.