December 21, 2012 at 9:25 PM ET by Matt Compton
Twitter Facebook Email
Summary:
After a week of negotiation and debate around the fiscal cliff, President Obama talks about where we are in the fight to keep middle-class taxes from going up. 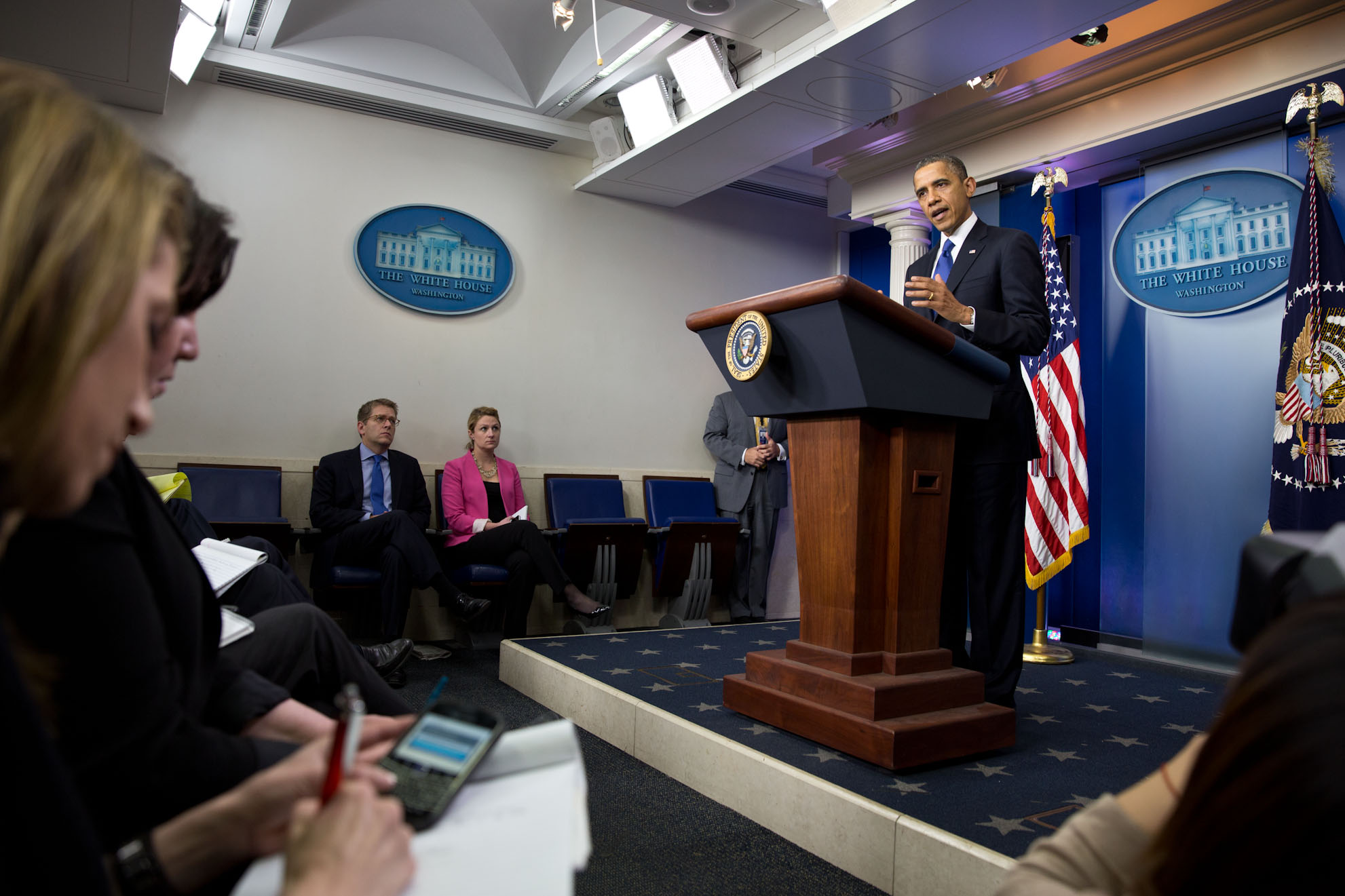 After a week of negotiation and debate around the fiscal cliff, President Obama took to the James S. Brady Briefing Room in the White House to talk about where we are in the fight to keep middle-class taxes from going up.

"I just spoke to Speaker Boehner and I also met with Senator Reid," he said. "In the next few days, I've asked leaders of Congress to work towards a package that prevents a tax hike on middle-class Americans, protects unemployment insurance for 2 million Americans, and lays the groundwork for further work on both growth and deficit reduction. That's an achievable goal. That can get done in 10 days. Once this legislation is agreed to, I expect Democrats and Republicans to get back to Washington and have it pass both chambers. And I will immediately sign that legislation into law, before January 1st of next year. It’s that simple."

He urged lawmakers to use the Christmas holiday to give the issue due consideration, and return to Washington ready to work on a solution.