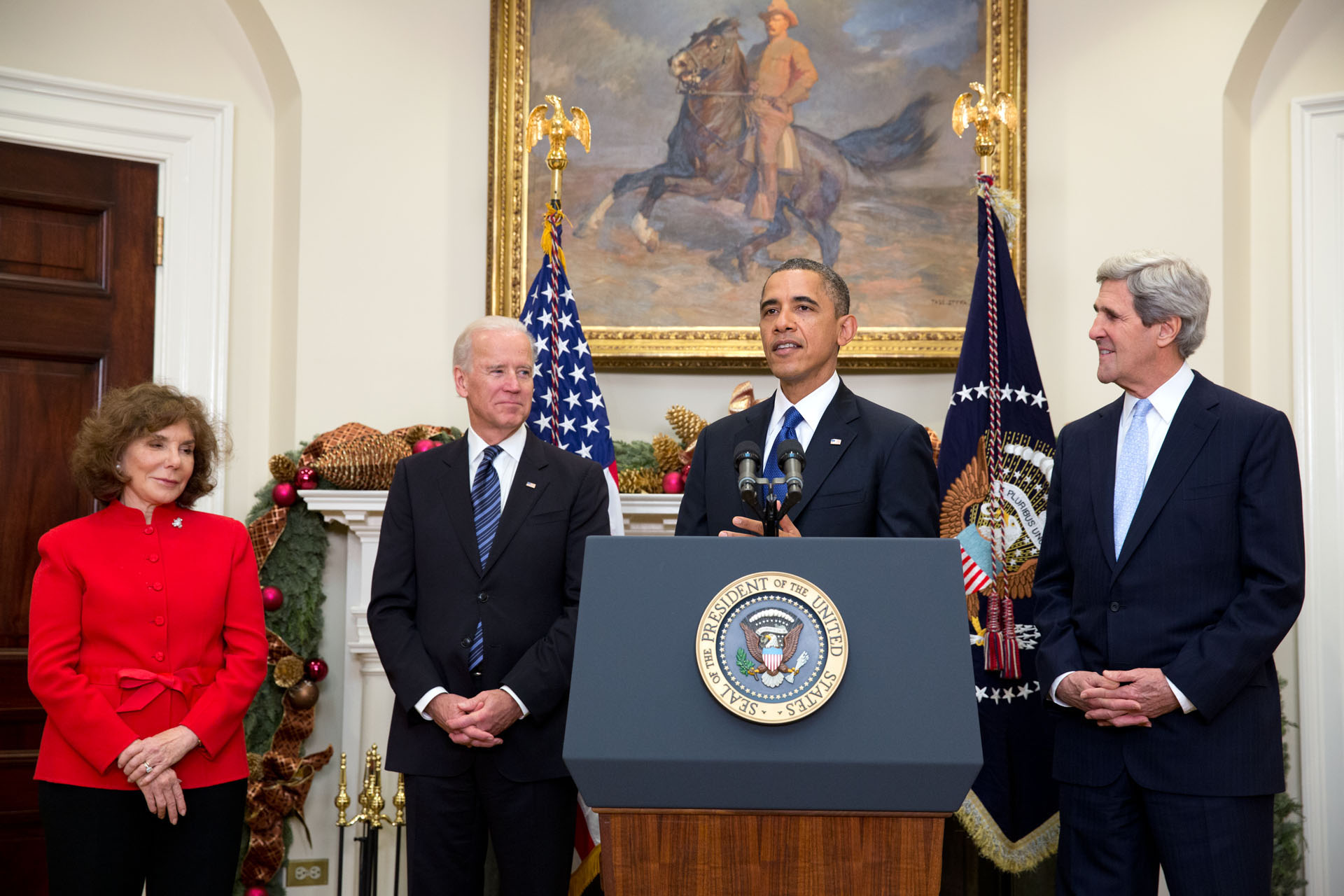 This afternoon, speaking from the Roosevelt Room of the White House, President Obama nominated Senator John Kerry to serve as Secretary of State.

"Over these many years, John has earned the respect and confidence of leaders around the world," the President said. "He is not going to need a lot of on-the-job training. He has earned the respect and trust of his Senate colleagues, Democrats and Republicans. I think it’s fair to say that few individuals know as many presidents and prime ministers, or grasp our foreign policies as firmly as John Kerry. And this makes him a perfect choice to guide American diplomacy in the years ahead."

"As someone who came to this country as an immigrant, she understands the shining values that America represents to the world," he said. "As a former interpreter at the United Nations, she appreciates how our interests can be advanced in partnership with others. Teresa, thank you so much for being John’s partner in this next endeavor."