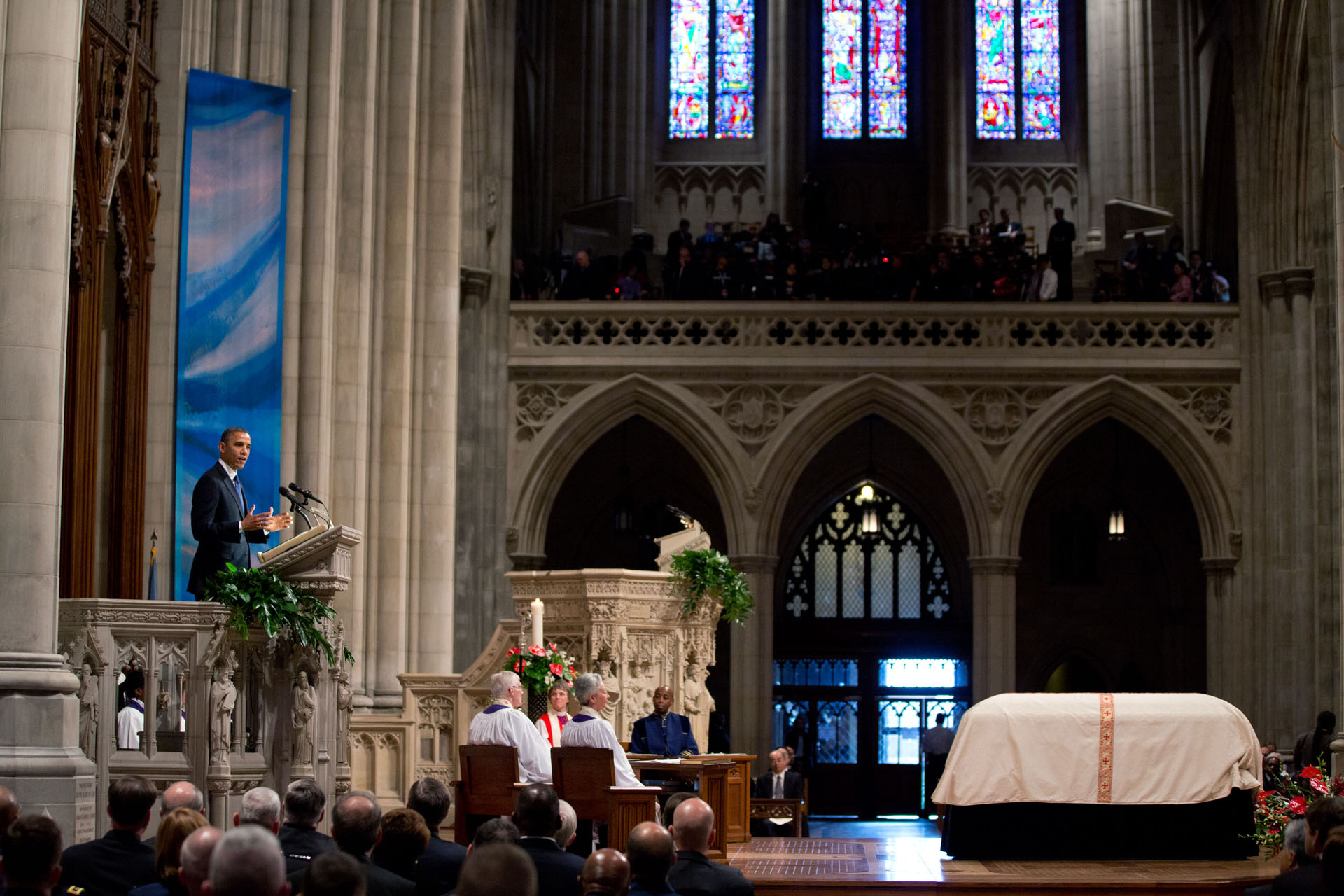 This afternoon, President Obama spoke at the funeral service for Daniel Inouye, the late senator from Hawaii.

President Obama explained that he first took notice of Senator Inouye as an 11-year-old boy, watching the Watergate hearings on TV.

Now, here I was, a young boy with a white mom, a black father, raised in Indonesia and Hawaii.  And I was beginning to sense how fitting into the world might not be as simple as it might seem.  And so to see this man, this senator, this powerful, accomplished person who wasn't out of central casting when it came to what you'd think a senator might look like at the time, and the way he commanded the respect of an entire nation I think it hinted to me what might be possible in my own life.

This was a man who as a teenager stepped up to serve his country even after his fellow Japanese Americans were declared enemy aliens. A man who believed in America even when its government didn't necessarily believe in him. That meant something to me. It gave me a powerful sense -- one that I couldn’t put into words -- a powerful sense of hope. 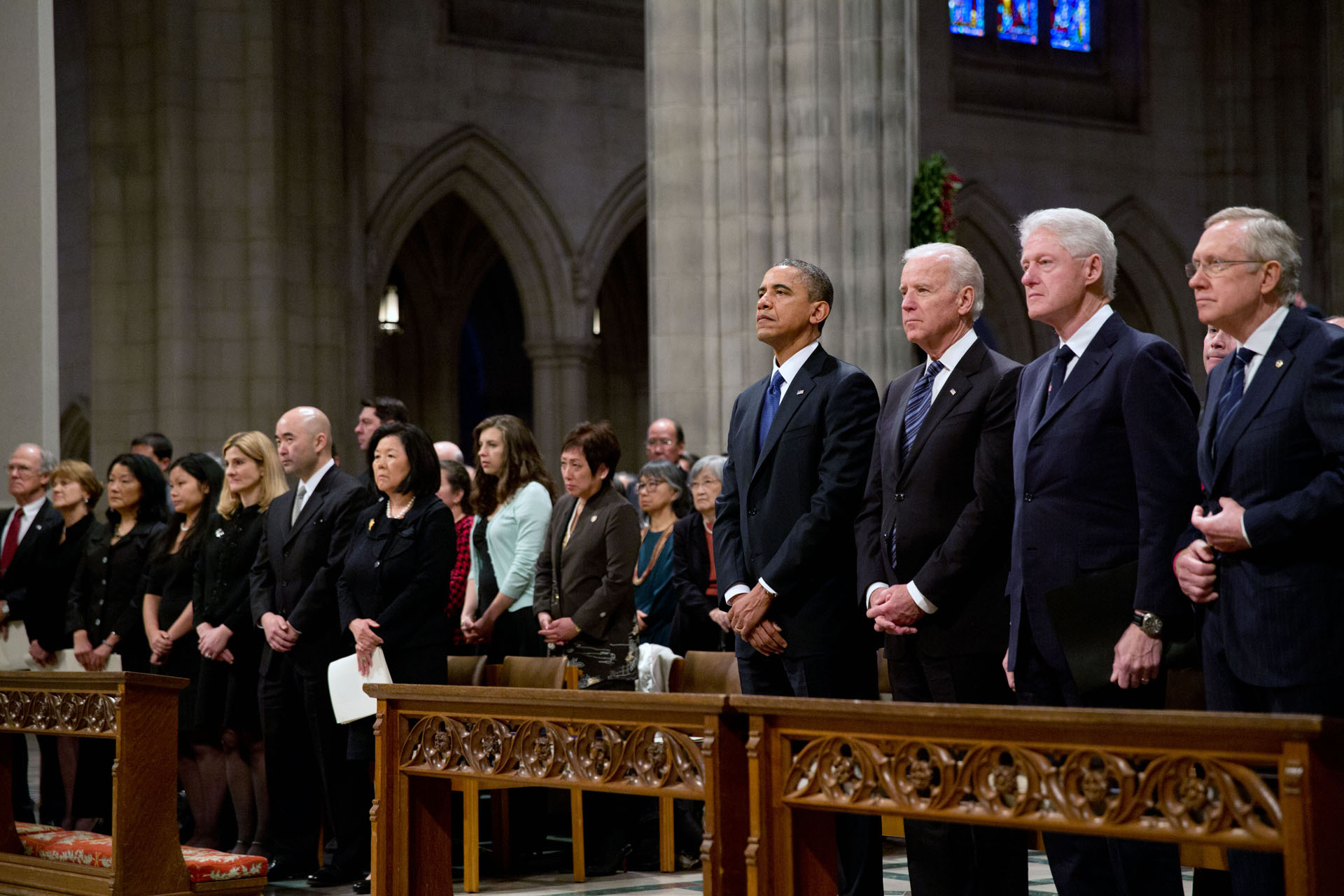 And as I watched those hearings, listening to Danny ask all those piercing questions night after night, I learned something else. I learned how our democracy was supposed to work, our government of and by and for the people; that we had a system of government where nobody is above the law, where we have an obligation to hold each other accountable, from the average citizen to the most powerful of leaders, because these things that we stand for, these ideals that we hold dear are bigger than any one person or party or politician.

And, somehow, nobody communicated that more effectively than Danny Inouye.