January 3, 2013 at 6:54 PM ET by Kori Schulman
Twitter Facebook Email
Summary:
On Friday, January 4th at 11:30 a.m. ET, the White House is answering your questions about the tax deal during a live Twitter Q&A.

Update: This session of Office Hours has concluded. Check out the full Q&A below, or at Storify.com/whitehouse.

This week, President Obama signed the American Taxpayer Relief Act of 2012 into law. That means middle-class families won't see an increase in their income tax rates, and the fiscal cliff has been avoided.

Do you have questions about the deal and how it will impact you? Brian Deese, Deputy Director of the National Economic Council, will be on hand to answer your questions during a session of White House Office Hours on Twitter with Yahoo! Finance. 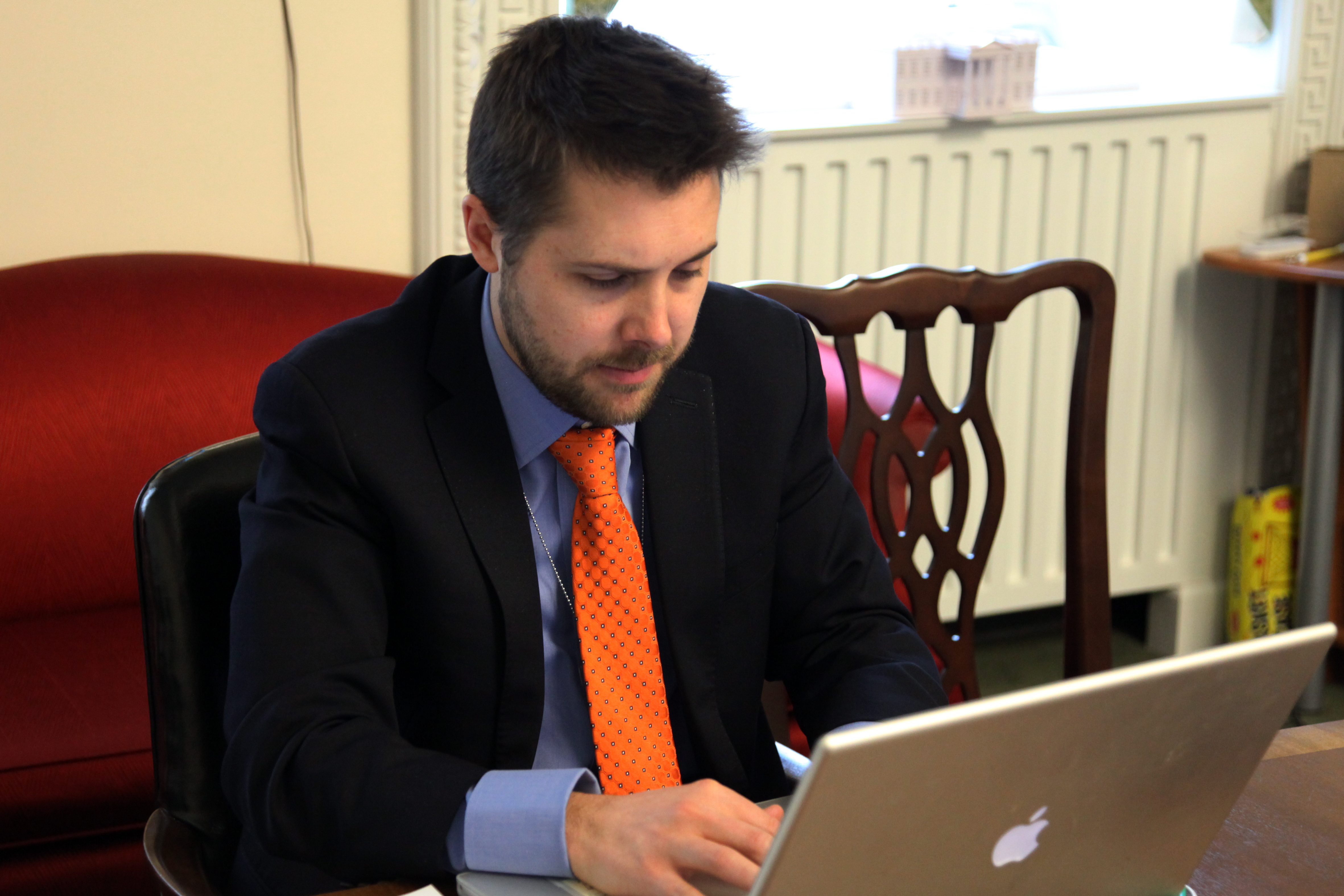 During a session of White House Office Hours on Twitter, Brian Deese, the Deputy Director of the National Economic Council, answers questions about the new agreement to extend tax cuts for the middle class. January 4, 2013.

Want to learn more about the deal? Here are seven things you need to know: 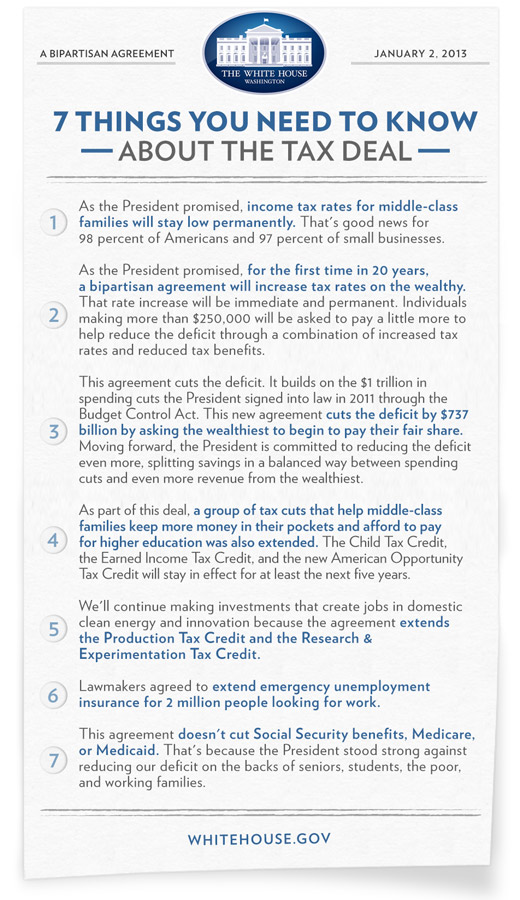 To learn more about this agreement and what comes next, be sure to watch President Obama's full remarks.

Having trouble reading the graphic? Check out the text here.