January 11, 2013 at 4:50 PM ET by Matt Compton
Twitter Facebook Email
Summary:
We'll soon reach a milestone in Afghanistan -- when Afghan forces take full responsibility for their nation's security and the war draws to a close. 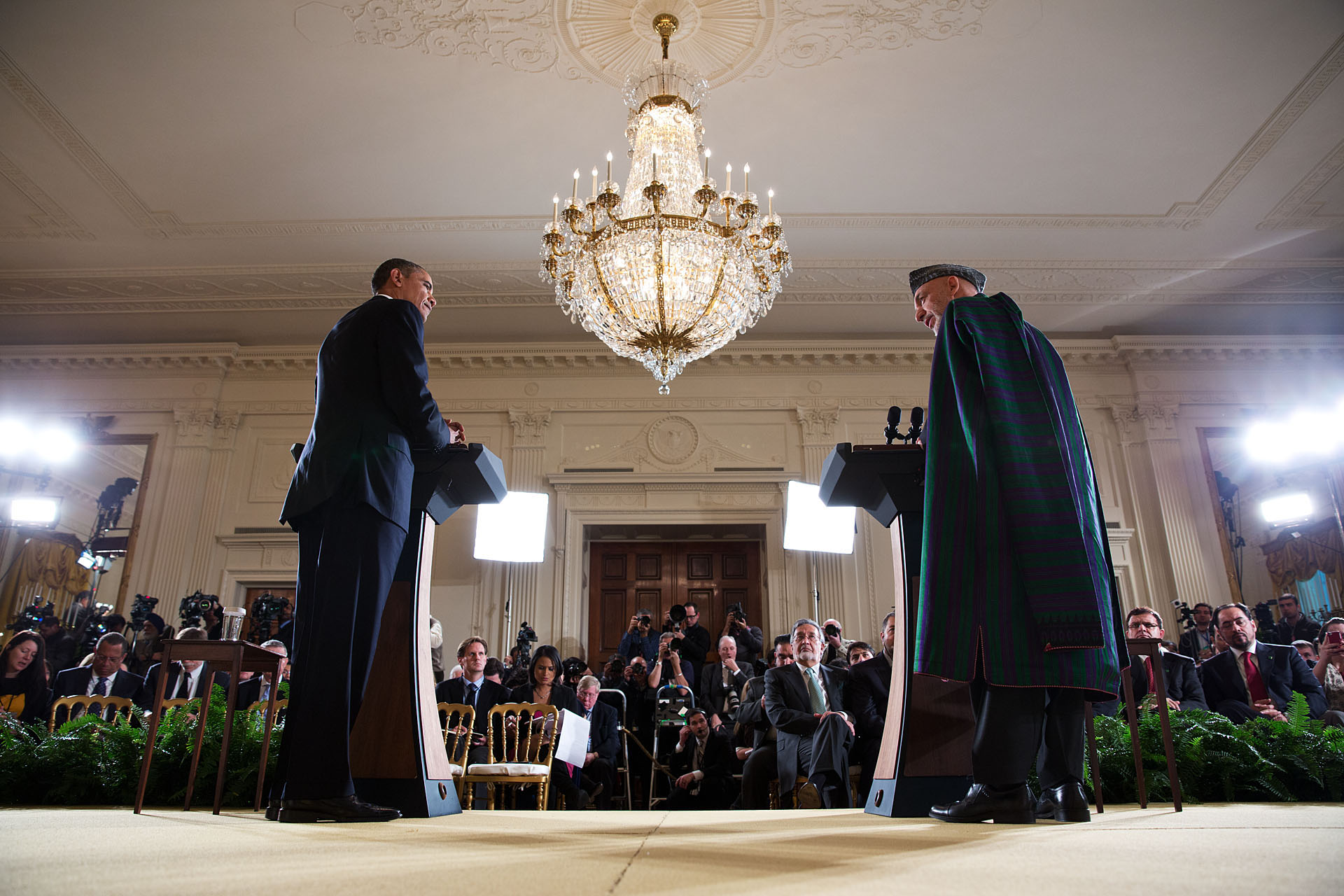 President Obama hosted Afghan President Hamid Karzai today at the White House for talks on the partnership between our two nations and the role of U.S. troops in that country.

And coming out of those talks, President Obama was able to discuss a milestone we'll reach this year when Afghan forces take full responsibility for their nation's security and the war draws to a close.

"This progress is only possible because of the incredible sacrifices of our troops and our diplomats, the forces of our many coalition partners, and the Afghan people who’ve endured extraordinary hardship," he said. "In this war, more than 2,000 of America’s sons and daughters have given their lives. These are patriots that we honor today, tomorrow, and forever."

In his statement, President Karzai echoed that message.

"During our conversations...I thanked the President for the help that the United States has given to the Afghan people," he said, "for all that we have gained in the past 10 years, and that those gains will be kept by any standard while we are working for peace and stability in Afghanistan, including the respect for Afghan constitution."

Read the full transcript of their remarks or watch the video: