January 15, 2013 at 3:05 PM ET by Cameron Hardesty
Twitter Facebook Email
Summary:
Synthetic cathinones—better known as “bath salts”—made international headlines in 2012. The National Institute on Drug Abuse and Substance Abuse and Mental Health Services Administration have made new information about these drugs available to the public.

In 2012, synthetic cathinones—better known as “bath salts”—made international headlines as reports of deaths and grave injuries related to this family of drug emerged. According to the National Institute on Drug Abuse, “the term ‘bath salts’ refers to an emerging family of drugs containing one or more synthetic chemicals related to cathinone, an amphetamine-like stimulant found naturally in the Khat plant.” 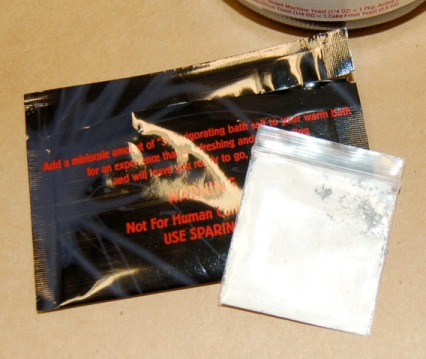 These reports drew widespread attention to the severe public health and safety risks associated with “bath salts.” In response to increased awareness about these drugs—and to ensure the American people had access to credible, scientific information about the drugs—earlier this month, the National Institute on Drug Abuse (NIDA) published a “DrugFacts” page on these substances. You can learn more about “bath salts” by visiting NIDA’s web site on synthetic cathinones.

Complementing this new resource is the December 4, 2012 Drug Abuse Warning Network (DAWN) report from the Substance Abuse and Mental Health Services Administration (SAMHSA) that shows an alarmingly high number of emergency room visits related to another family of synthetic drugs, synthetic cannabinoids (sometimes referred to as “synthetic marijuana”). In 2010, an estimated 11,406 emergency department (ED) visits involved a synthetic cannabinoid product. Three-fourths of these ED visits were patients aged 12 to 29—78% of whom were male.

As we learned in data released this month from the 2012 Monitoring the Future study, which reports on drug use and attitudes among teens across the country, synthetic cannabinoids are the second most used drug among 10th and 12th graders after tobacco and alcohol. As we continue to confront the public health challenge of synthetic cannabinoids and cathinones, we encourage parents, teachers, mentors, coaches, and other adult influencers to learn about the health risks of these drugs and share that information with the young people in their lives.