January 30, 2013 at 10:50 PM ET by Valerie Jarrett and Samantha Power
Twitter Facebook Email
Summary:
President Obama takes a critical step to institutionalize all these efforts by signing a Presidential Memorandum to strengthen and expand U.S. government capacity and coordination across all agencies to better promote gender equality and empower women and girls. 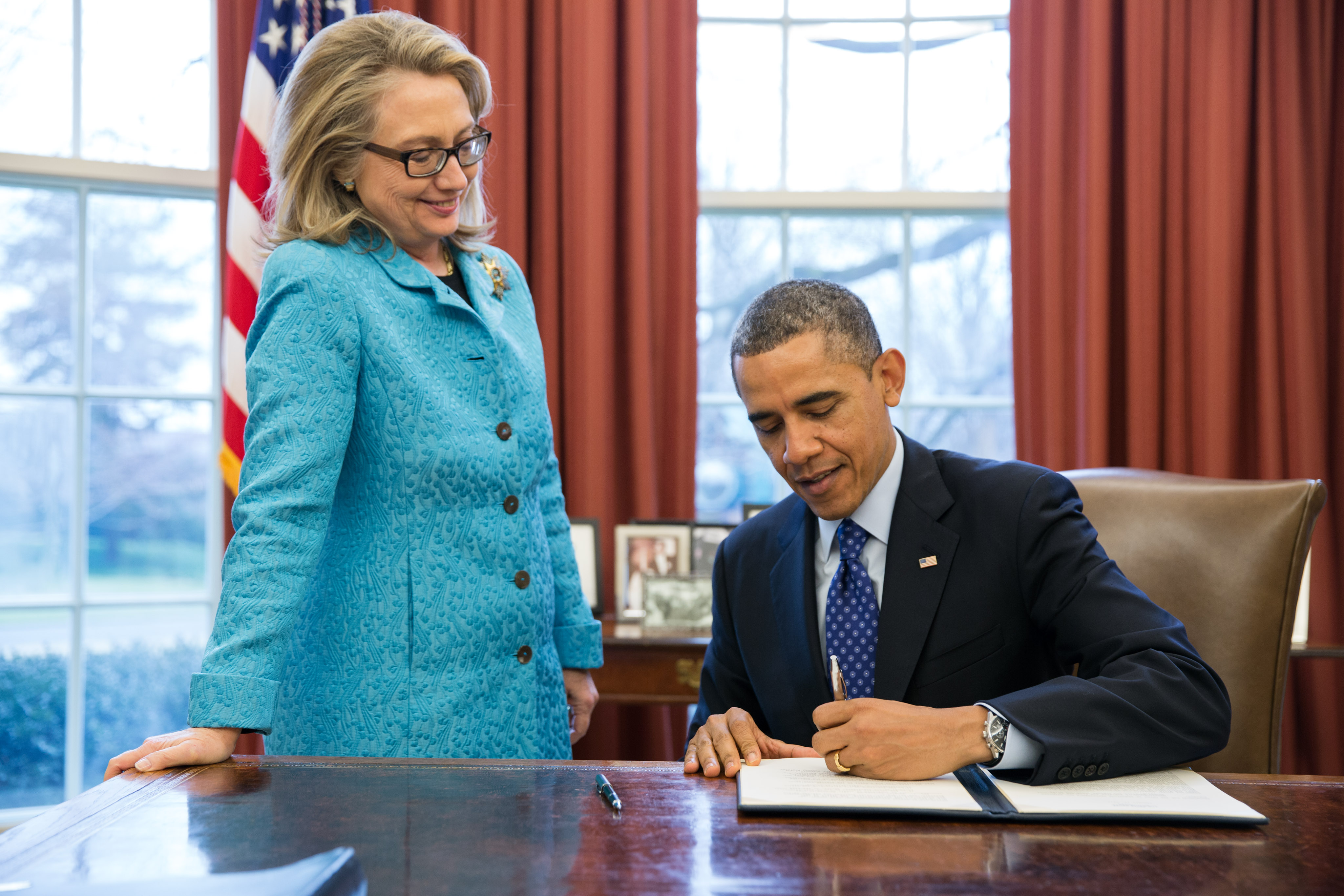 President Obama knows that promoting gender equality and empowering women and girls at home and abroad is not only the right thing to do, but the smart thing to do, as Secretary Clinton has famously said. A growing body of evidence — and our own experience — shows us that families, communities and countries are more prosperous and secure when, as President Obama said this month, “you unleash the power of everyone, not just some”. That’s why we’ve taken steps to achieve that simple and profound goal, from establishing the White House Council on Women and Girls, to launching a multilateral initiative to expand women’s political and economic participation, to developing a new strategy to prevent and respond to violence against women, to implementing a national action plan to promote the inclusion of women in conflict resolution and peace processes, to focusing on women and girls for greater impact in our global health and food security initiatives.

And Secretary Clinton’s leadership in integrating the advancement of women and girls into U.S. foreign policy has been indispensable. With the tireless assistance of our first-ever Ambassador at Large for Global Women’s Issues, Melanne Verveer, she has elevated these issues in our diplomacy and ensured progress for women and societies for generations to come.

Today, President Obama took a critical step to institutionalize all these efforts by signing a Presidential Memorandum to strengthen and expand U.S. government capacity and coordination across all agencies to better promote gender equality and empower women and girls. In the Memorandum, President Obama reaffirmed that “promoting gender equality and advancing the status of all women and girls around the world remains one of the greatest unmet challenges of our time, and one that is vital to achieving our overall foreign policy objectives.”

President Obama recognizes that in order to translate our commitment into impact we need dedicated professionals with the expertise and stature to lead our efforts and hold us accountable, which is why the Memorandum directs the Secretary of State to designate an Ambassador at Large reporting directly to the Secretary to head the office of Global Women’s Issues.

Secretary-designate Kerry is equally committed to ensuring the continued elevation of these issues at State. He welcomed today’s news, saying, “In the Senate I've made promoting the rights of women and girls a priority, not just because it's the right thing to do, but because societies that empower the talents of their entire populations are more stable and more prosperous. It's why we created a sub-committee in the Foreign Relations Committee to specialize on these issues and give it the attention it deserves. Last week at my confirmation hearing, I spoke with Sen. Boxer about the importance of maintaining the momentum Secretary Clinton and Ambassador Melanne Verveer have built through their innovative office and laser-like focus. I applaud the President for institutionalizing these efforts and ensuring these issues continue to receive the high-level attention they deserve at the State Department, at USAID, and across the U.S. government.”

President Obama’s Memorandum also affirms the critical linkages between gender equality and our broader development goals, and ensures that the Senior Coordinator for Gender Equality and Women’s Empowerment at the U.S. Agency for International Development (USAID) will continue to play a prominent role in advising the USAID Administrator on key priorities for U.S. development assistance. Finally, the Memorandum establishes an interagency working group on international gender issues, chaired by the National Security Advisor, which will provide strategic guidance, promote government-wide coordination, and spur new action across agencies from the Millennium Challenge Corporation (MCC) to Peace Corps to the Department of Health and Human Services.

As we move forward, we are grateful for the continued leadership and unwavering commitment of champions in Congress and so many advocates inside and outside governments the world over who are advancing a future in which the dreams of our daughters and sons are equally within reach. Together, building on decades-long movements for equality, we have made tremendous strides over the last four years. And as long as women and girls continue to suffer violence daily, are barred from owning land or running for office, are kept from schools and vital health services, and are unable to access credit and skills to run businesses and earn a living, our work will continue with increasing urgency.

Valerie Jarrett is a Senior Advisor to the President and Chair of the White House Council on Women and Girls.

Samantha Power is the Special Assistant to the President and Senior Director for Multilateral Affairs and Human Rights at the National Security Council.