Drug Laws: Why Do We Have them, and Do They Work?

Let’s go to the data. Here’s what the Nation’s largest, longest-running, and most comprehensive source on the state of drug use in America shows: 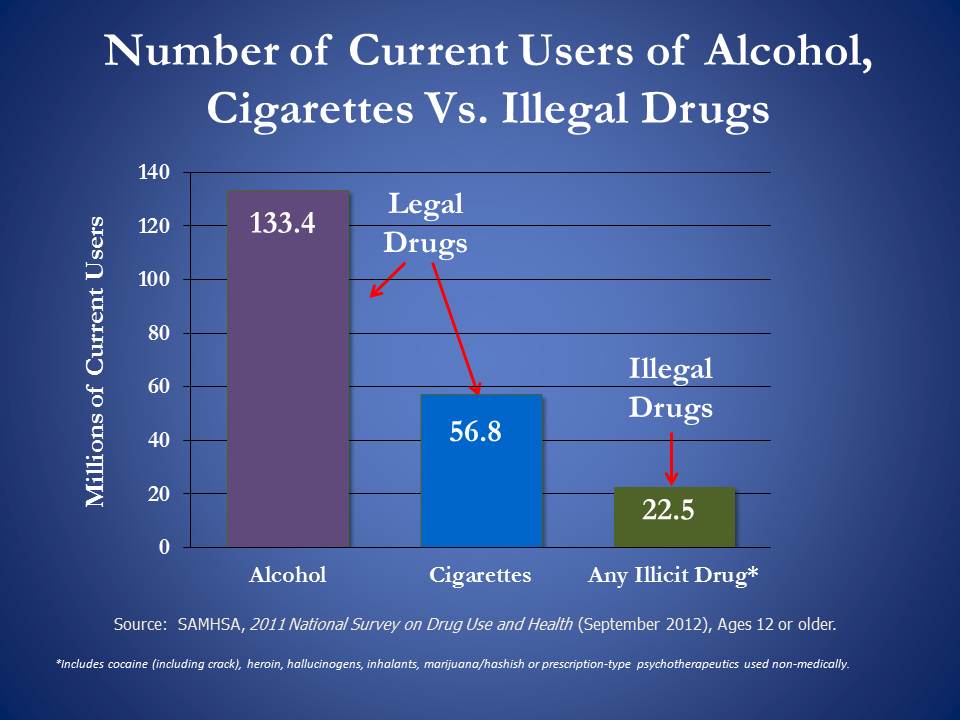 As you can see, the use of legal drugs like alcohol and tobacco far outpaces the use of illegal drugs. It is clear, then, that laws discouraging drug use do have an effect in keeping rates relatively low compared to rates for other drugs that are legal and therefore more available.  Even beyond this one-year snapshot, we know that significant progress has been made in the long term.  Since 1979, there has been a roughly 30 percent decline in the overall use of illicit drugs in America. . (Related: Independent fact checkers at Politifact dispel claim that marijuana is easier for young people to get than alcohol.)

So our challenge is not that we’re powerless against the problem of substance use in America. The challenge is that rates of drug use – a behavior that harms too many of our fellow citizens -- are still too high. That’s why the President’s National Drug Control Strategy supports innovative and proven programs that aim to reduce drug use and its consequences through a combination of public health and public safety interventions.

It boils down to simple arithmetic: The more Americans use drugs, the higher the health, safety, productivity, and criminal justice costs we all have to bear. And if sensible drug laws (in combination with a wide array of prevention, treatment, and other health interventions, of course) help keep those numbers down, then the answer is yes, they are working.

This is part of a series of blog posts that address myths about federal drug policy. Related: Are Drugs Today Really Cheaper, Purer and More Available than Ever?