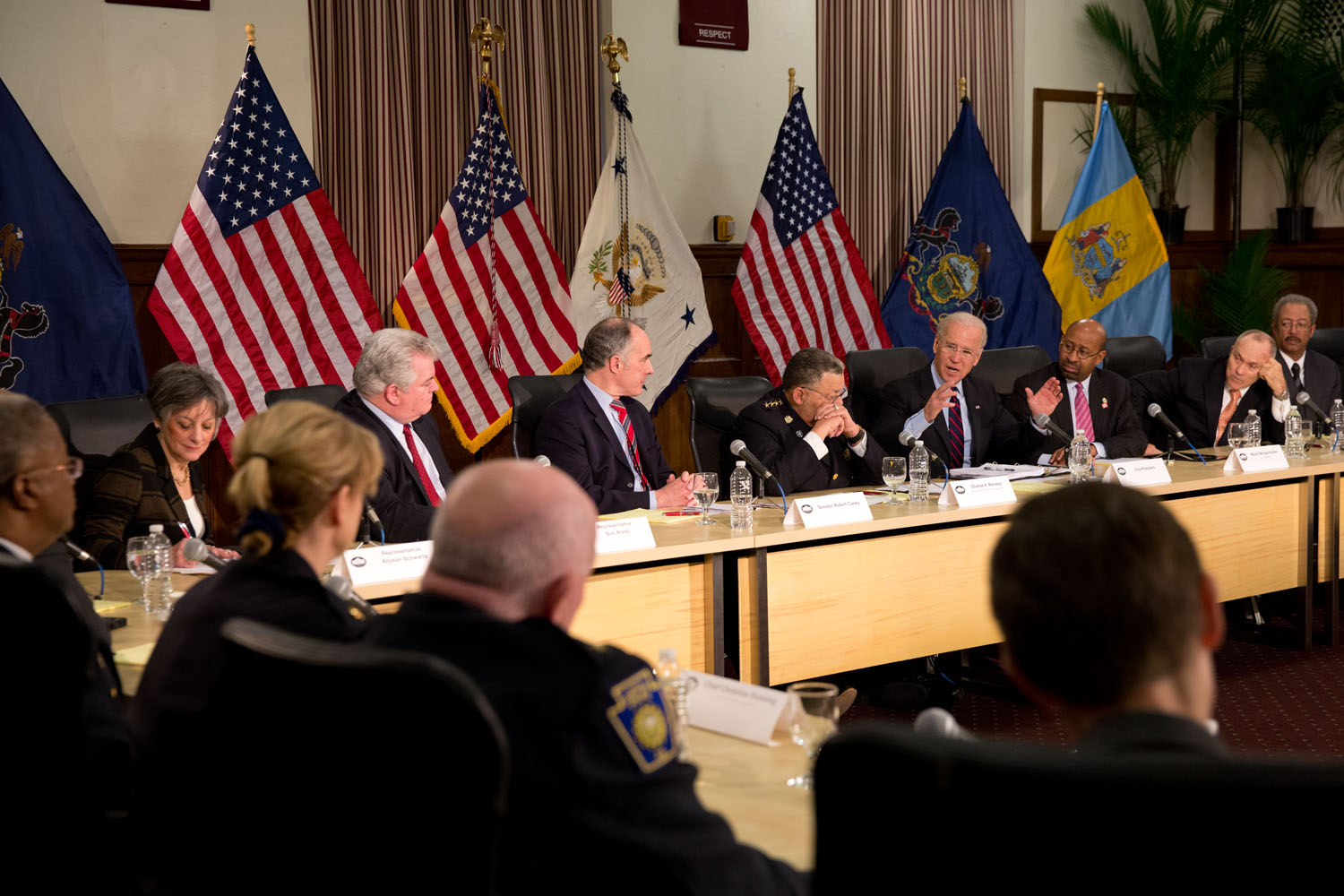 Today, Vice President Biden traveled to Philadelphia to meet with law enforcement officials and hold a roundtable discussion to talk about the Administration’s plan to reduce gun violence.

In the meeting, the participants discussed the challenges for law enforcement as they work to reduce gun crime. The Vice President pledged to continue the Administration’s fight to put 15,000 police officers on the street – and also argued that there is a consensus growing behind sensible gun safety legislation. He called for getting assault weapons and high capacity magazines off the streets, requiring background checks for all gun purchases, and a federal gun trafficking statute, among other proposals. 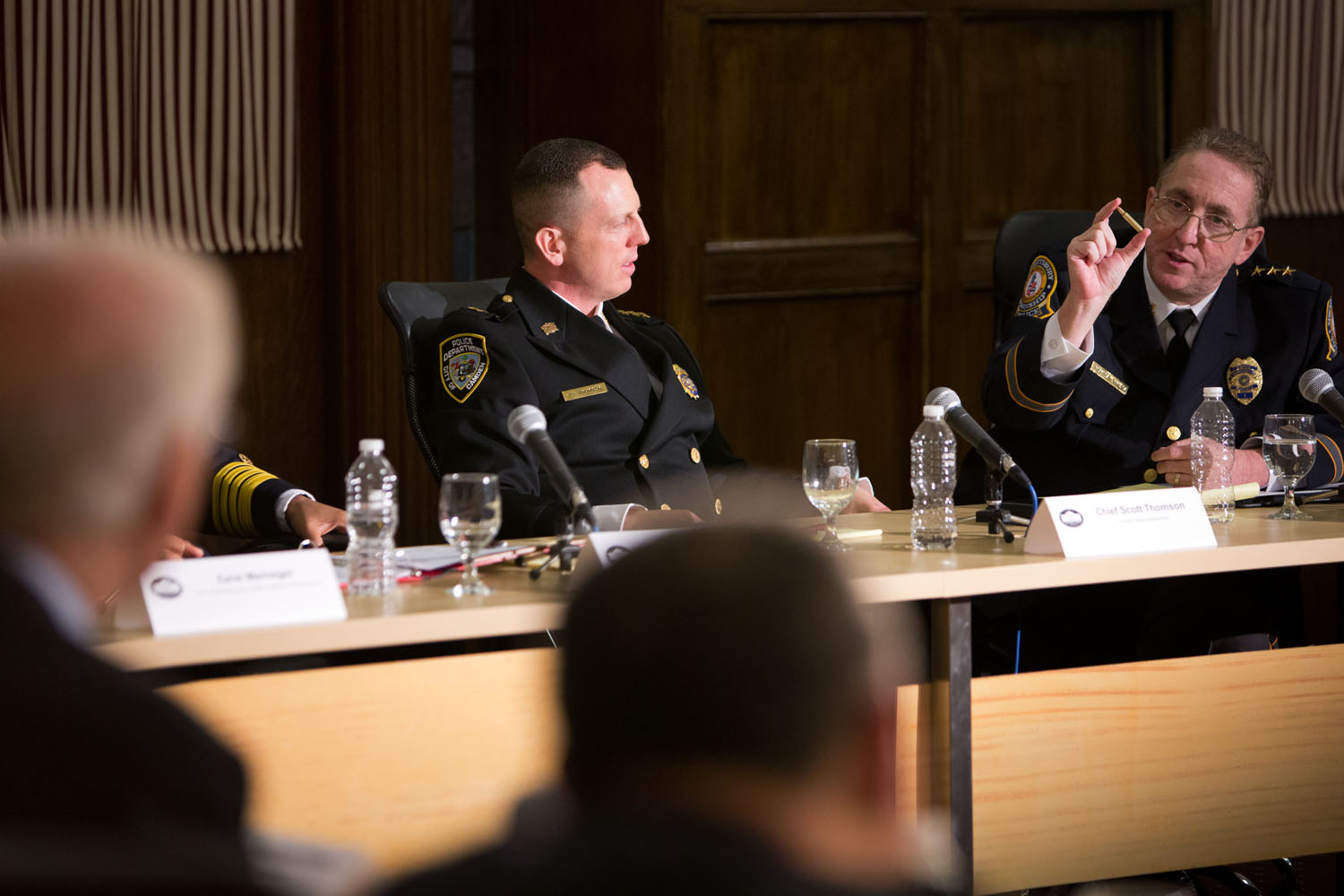 Vice President Joe Biden listens as Chief Thomas Hyers of the Springettsbury police department talks about a .223 round, during a roundtable with law enforcement officials and members of congress on gun safety, at Girard College in Philadelphia, PA, Feb., 11, 2013. To Chief Hyers' right is Chief Scott Thomson of Camden, New Jersey. (Official White House Photo by David Lienemann)

“We can debate some of the things that the President has proposed,” he said. “But there is no common-sense rationale to suggest why we don’t act.” The Vice President reiterated that the message of improving gun safety in America will be “embraced by rural communities as well as urban communities.”

As the meeting came to a close, Commissioner Ramsey called for action, saying, “You see a variety of police chiefs assembled around this table.  They are here because they either are dealing on a daily basis or have dealt on a daily basis with the kind of carnage that we see all the time… And it has to stop, and we have to move forward on this.