President Obama's 2013 State of the Union

February 13, 2013 at 12:23 AM ET by Matt Compton
Twitter Facebook Email
Summary:
President Obama outlines his plan for a thriving middle class and a strong America. 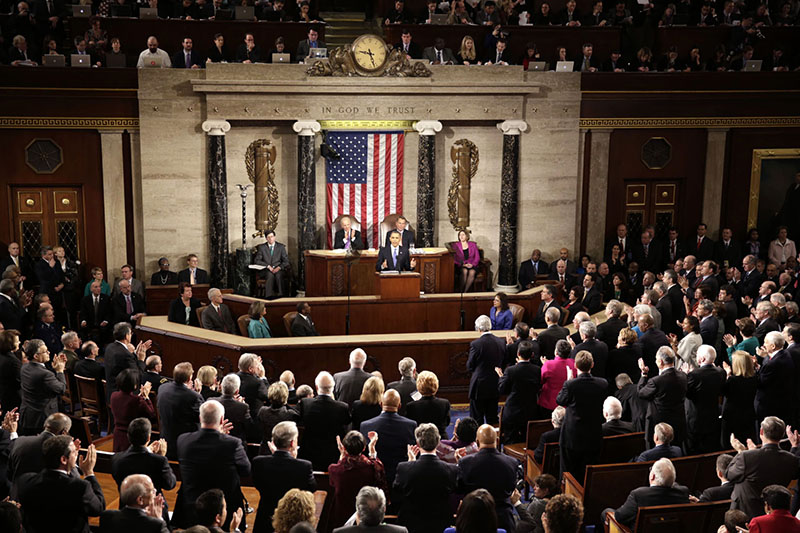 President Barack Obama delivers the State of the Union address in the House Chamber at the U.S. Capitol in Washington, D.C., Feb. 12, 2013. (Official White House Photo by Chuck Kennedy)

Tonight President Obama outlined his plan for a thriving middle class and a strong America.

"Together, we have cleared away the rubble of crisis," he said, "and we can say with renewed confidence that the State of our Union is stronger."

The President described a strategy that will make the United States a magnet for jobs and manufacturing, equip every American with the skills they need to do those jobs, and ensuring that hard work leads to a decent living -- through investments manufacturing, clean energy, infrastructure, and education.

To make sure you get the most out of the State of the Union, we put together an enhanced broadcast with charts, infographics, and important statistics. Watch that here:

You can read President Obama's full remarks here. Or you can listen to the audio here:

We're also introducing new tool you can use to dig in to the President's speech, line by line, and tell us what resonates with you and matters for your community. It's called the Citizens Response. Check it out here.

And if you want to dig into the Enhanced State of the Union, you can check out our slide deck here: