February 14, 2013 at 5:12 PM ET by Colleen Curtis
Twitter Facebook Email
Summary:
In Georgia, President Obama visits a high-quality preschool where 3-4 year olds are getting the educational support they need to succeed throughout life. 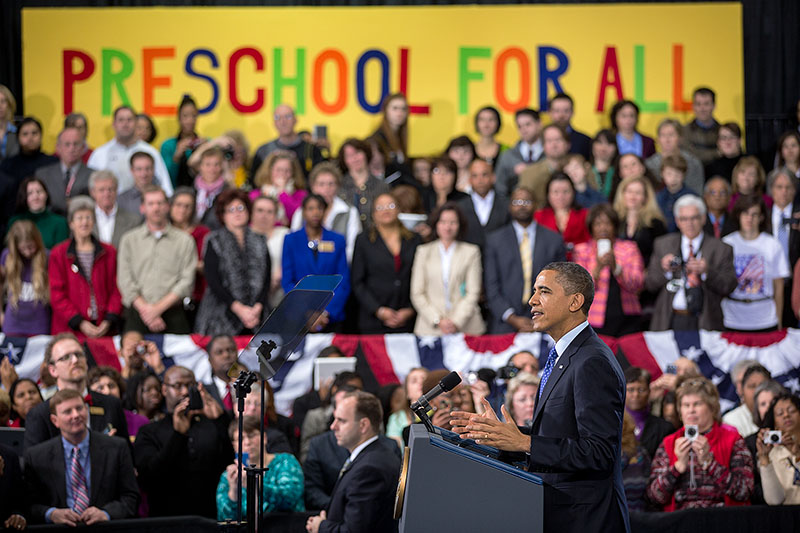 In his State of the Union address on Tuesday, President Obama laid out a plan for reigniting the true engine of America’s economic growth: a thriving, growing, rising middle class. A key component of that plan is making sure that every American has the skills they need for the competitive global job market, which means that education must begin at the earliest possible age.

The President proposed working with states like Georgia to make high-quality preschool available to every child in America, and today he paid a visit to that state to see firsthand how the programs they have put in place are making a difference in the lives of our youngest citizens:

Study after study shows that the earlier a child begins learning, the better he or she does down the road.  But here’s the thing:  We are not doing enough to give all of our kids that chance. The kids we saw today that I had a chance to spend time with in Mary's classroom, they're some of the lucky ones -- because fewer than 3 in 10 four-year-olds are enrolled in a high-quality preschool program.

Most middle-class parents can’t afford a few hundred bucks a week for private preschool. And for the poor children who need it the most, the lack of access to a great preschool education can have an impact on their entire lives. And we all pay a price for that. And as I said, this is not speculation. Study after study shows the achievement gap starts off very young. Kids who, when they go into kindergarten, their first day, if they already have a lot fewer vocabulary words, they don’t know their numbers and their shapes and have the capacity for focus, they're going to be behind that first day. And it's very hard for them to catch up over time.

On Tuesday night, the White House launched a new tool that enables Americans to find the passages in the President's speech that highlight the issues they believe are most important, and then offers the chance to let us know why.  And improving opportunities for early education for all Americans is an issue that has seen a passionate support from people who wrote in. 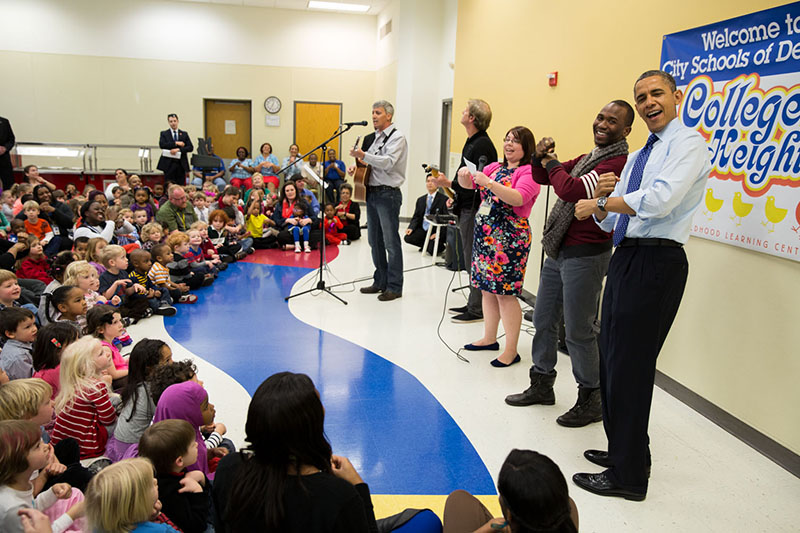 As Amy, who lives near Decatur and  described herself as a prospective teacher, told us, "We can't ever forget that having educated citizens will have a positive impact on our country's quality of life for years to come. Too often education is pushed to the side because it's problems seem overwhelming, but we can't stop working to give all of our students the high level of education that they deserve."