February 15, 2013 at 2:08 PM ET by Matt Compton
Twitter Facebook Email
Summary:
The Presidential Citizens Medal is awarded to those who have "performed exemplary deeds of service for their country or their fellow citizens." It is one of the highest honors a civilian can receive. 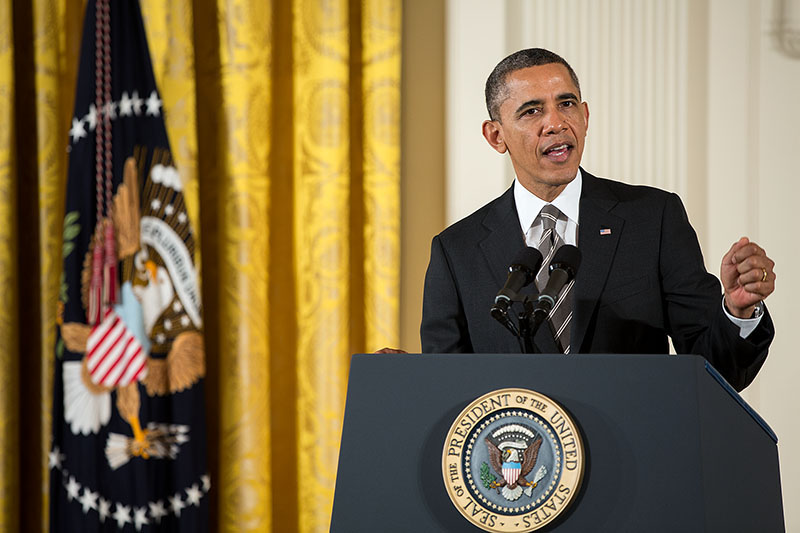 Today, President Obama recognized the recipients of the 2012 Presidential Citizens Medal -- which we award to Americans who have "performed exemplary deeds of service for their country or their fellow citizens." It is one of the highest honors a civilian can receive.

At a ceremony in the East Room, the President described the importance of our common citizenship.

"In America, we have the benefit of living in this big and diverse nation," he said. "We’re home to 315 million people who come from every background, who worship every faith, who hold every single point of view. But what binds us together, what unites us is a single sacred word: citizen."

Twelve individuals and their families were on hand this morning. You can read more about them here. But the President also recognized and honored six educators from Sandy Hook Elementary -- who died trying to protect their students.

"[When] Dawn Hochsprung, and Mary Sherlach, Vicki Soto, Lauren Rousseau, Rachel D’Avino, Anne Marie Murphy…showed up for work at Sandy Hook Elementary on December 14th of last year, they expected a day like any other -- doing what was right for their kids; spent a chilly morning readying classrooms and welcoming young students -- they had no idea that evil was about to strike," he said. "And when it did, they could have taken shelter by themselves. They could have focused on their own safety, on their own wellbeing. But they didn’t. They gave their lives to protect the precious children in their care. They gave all they had for the most innocent and helpless among us."

Read the full remarks here. Or watch the video here: