Vice President Biden: There’s a Moral Price to Be Paid for Inaction on Gun Violence

Vice President Biden: There’s a Moral Price to Be Paid for Inaction on Gun Violence 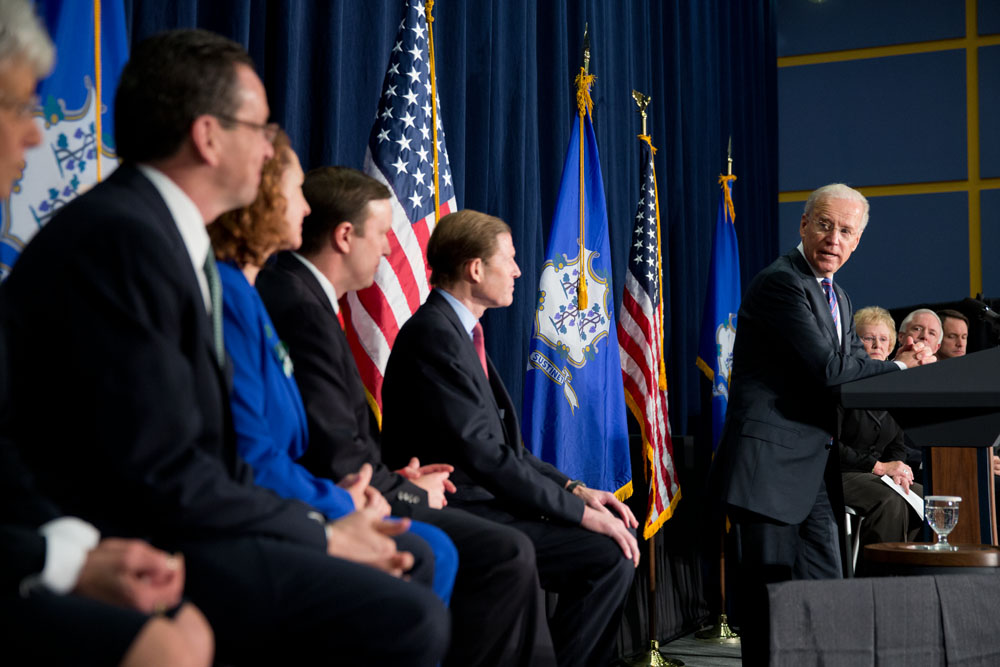 Yesterday, Vice President Biden spoke at a conference on gun violence at Western Connecticut State University. He told the crowd that while there’s no one thing that can be done to prevent gun violence, there are many steps we can – and must -- take as a nation to better protect our children and communities, regardless of the politics involved.

“People write about the political risks and why they're unacceptable to take on," he said. “I say it’s unacceptable not to take these on.”

“There’s a moral price to be paid for inaction,” he said.

The Vice President explained for him and the President, taking action to reduce gun violence “is a simple proposition tragically highlighted by what happened in Newtown.”