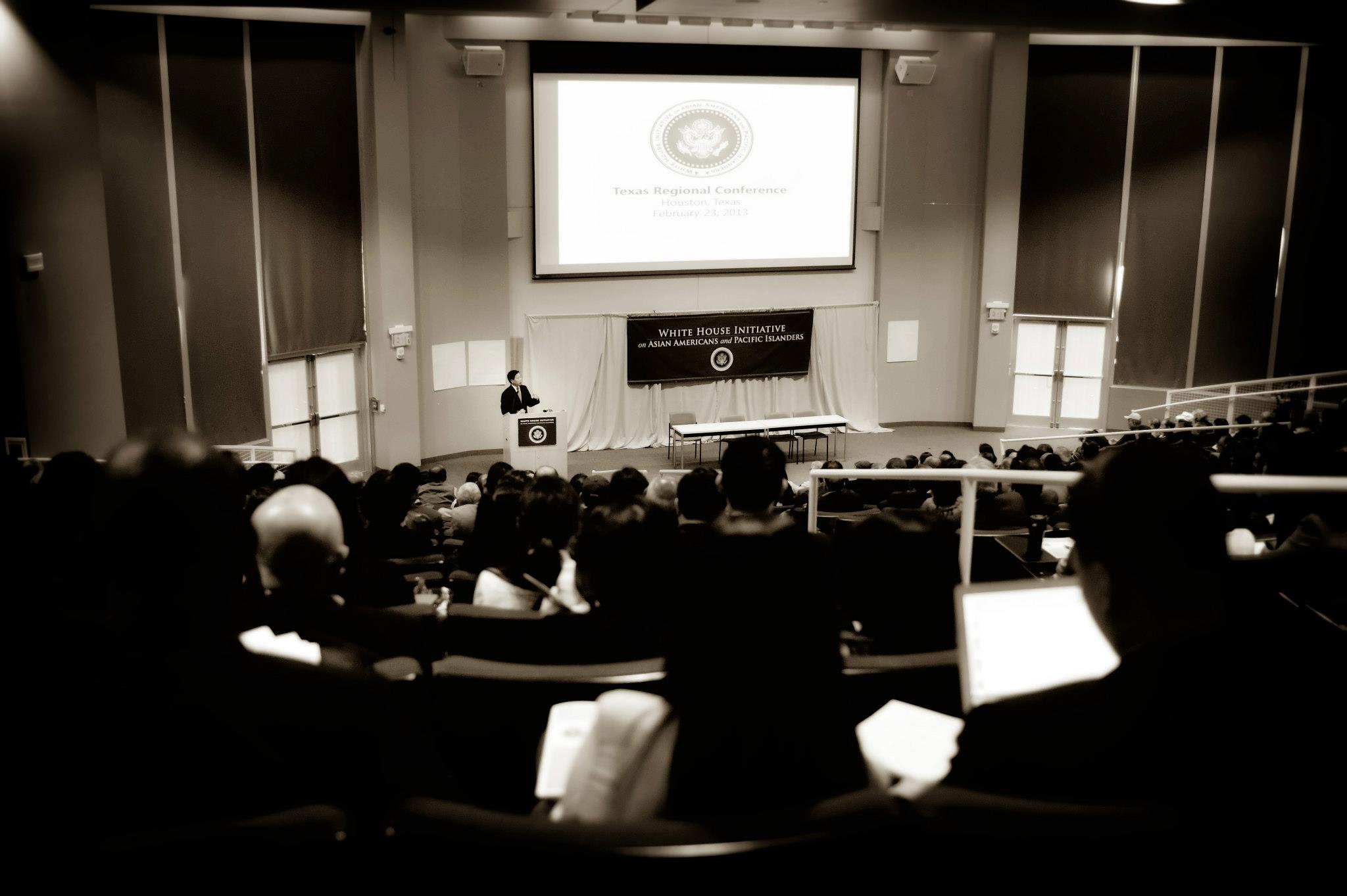 A record attendance of over 500 AAPI community members converged on the University of Houston on Saturday, February 23. But this should not come as a surprise. Texas has experienced phenomenal growth over the last decade, with the AAPI population growing to more than 575,000 or by 72.4%, which included growth not only among Asian Indians, Vietnamese, Chinese, Filipinos, and Koreans, but also among more recently-arrived immigrant communities like the Bhutanese. Recent Census data also reflects that the Native Hawaiian and Pacific Islander community experienced a significant growth rate of 50 percent, with the Guamanian or Chamorro community comprising the largest Texas community, followed by Native Hawaiians.

Participants came from Dallas, Fort Worth, Austin, San Antonio, and other cities throughout the state. They were professors and students, seniors and small business owners, employees and immigrants. They joined the White House Initiative on Asian American and Pacific Islanders (WHIAAPI), federal agency representatives, and local and state leaders  to address a range of issues important to the community, including  civil rights, economic development, education, health, housing, immigration, , and jobs, and to connect with federal resources in the region.

The success of this conference highlights the strengths of the Texas AAPI community. More importantly, it reflects the potential of this community to provide a leading voice in the effort to strengthen the middle class through increased access to federal resources and opportunities for underserved communities like AAPIs. As one community participant stated, “the importance of connecting our local communities cannot be understated. Looking forward to building stronger AAPI bonds here!

Ramey Ko is Associate Judge of the City of Austin Municipal Court and serves on the President’s Advisory Commission on Asian Americans and Pacific Islanders.