March 1, 2013 at 5:19 PM ET by John Paul Farmer
Twitter Facebook Email
Summary:
Meet Presidential Innovation Fellow (PIF) Kara DeFrias. Kara is user-experience expert who has worked on production teams for the Oscars, the Super Bowl, and TEDx. She was inspired to delve into public service, in part, by the Dalai Lama. DeFrias' stint as PIF was based at the General Services Administration, where she worked on the myUSA project.

“I think anyone who wants to make a difference should consider becoming a PIF."

The Presidential Innovation Fellows (PIF) program pairs top innovators from the private sector, non-profits, and academia with top innovators in government to collaborate during focused “tours of duty” on solutions that can deliver game-changing results within just six months. This "Meet a PIF" series features members of the first class of PIFs.

John Paul Farmer:  Kara, you were the user experience guru on the Presidential Innovation Fellows (PIF) MyUSA team – tell us about yourself.

Kara Defrias: Originally from New Jersey, but have been living in San Diego for a while now. My undergrad was Theatre and English education. For grad school, I studied instructional design, which is about creating tools that companies use to train their employees.  That went well with my career at the time in the insurance industry, and it continues to serve me well today, whether through my work with the TurboTax web team on improving the user experience to make it easier for people to do their taxes, or in creating Design for Delight ideation sessions, which focus on identifying user-experience pain points in business systems and figuring out a way to delight customers with a solution.

John: What drives you in your creative work?

My career has brought me to exciting places – though, interestingly, never into government until becoming a PIF. Memorable moments include watching the cast of Chicago rehearse when I worked on the post production team at the Oscars, and feeling the frenetic energy of the crowd while standing on the field when I was a production coordinator for Super Bowl XXXVII. The most rewarding work, though, is anytime I get to be part of something that helps make a difference—whether it's doing pro-bono work with non-profits like Team Rubicon or inspiring people to make a difference in their world by curating an eclectic collection of speakers when I produce TEDx shows.

John:  How did you discover the PIF program?

Kara:  On Twitter. Someone retweeted US Chief Technology Officer] Todd Park's call "4 a few good women & men to serve their country." I read the description for all 5 projects, and was immediately drawn to Project MyUSA.

John:  The PIF program requires people to change their lives in some pretty drastic ways – from putting private-sector careers on hold to potentially moving across the country. What made you apply?

Kara:  I was fortunate to hear the Dalai Lama speak last spring. As he was answering questions from the audience about some of the awful things that are going on in the world, he was so serene about it all but also clearly committed to the importance of helping. That stuck with me afterwards, and I wondered, "Am I doing enough?" which led to, "Am I doing it at the right level?" Then, two weeks later, I saw Todd's tweet, and I knew right away the Fellowship was the answer.

John:  When you applied, did you think you stood a good chance of being selected?

Kara:  Nope, not a chance. But whether it's beating cancer three times or getting this opportunity to serve my country as a PIF, things always seem to work out. Most days I just think of myself as a kid from Jersey who got really lucky.

John:  What were your initial impressions when you began the Fellowship?

Kara:  The first couple of weeks were a whirlwind. I was completely green to government and our MyUSA team was tasked to reimagine the relationship between the government and the people. We just jumped in and began researching and ideating what that could look like. The PIFs themselves were some of the most intelligent, passionate, and funny folks I've ever worked with. As for our government colleagues in the White House and the agencies, what struck me most was how kind everyone was, and how much they went out of their way to make sure we were set up for success.

John:  Could you name some challenges you faced during your Fellowship and tell us how you overcame them?

Kara:  Being new to government work was both a blessing and a challenge. We came at things like we would in the private sector, not knowing any better, which at times shook up the status quo. Other times, there were things we simply couldn't do due to legal or security concerns and that's when we'd roll up our sleeves and figure out alternatives. The White House worked hard to make sure we had the resources we needed and were able to move at the speed we needed to.

John:  What are you most proud of during your PIF tenure? What kind of impact do you feel like you have had?

Kara:  The work, definitely the work. It's also very rewarding to serve my country, knowing you're helping people at a national level and creating something that will make interacting with government easier for many Americans, while also potentially saving the government and – by extension, taxpayers – money.

John:  How important have technical skills been to your PIF work and to government?

Kara:  While being tech-savvy has certainly helped, I've also tapped into my design thinking, research, and UX [user experience] skills. As US Chief Technology Officer Todd Park said, "I can't feed my daughter code." So taking the time to think through the UX – what our deliverables look, feel, and sound like – is equally important to success as the technology that supports it.

John:  Would you recommend that others apply to be a PIF?

Kara:  Absolutely. It's life-changing! I think anyone who wants to make a difference should consider becoming a PIF.

The challenges we are addressing are big, of course—that’s why we’re here!—and we’ve worked really hard. But at the same time we decided early on that work-life balance was also important, especially because we had two dads on the Project MyUSA team, so we made that balance a priority during our work. So we’ve accomplished  a great deal without burning out.

John:  What do you want to do in the future?

Kara:  I'm always going to be in a place in my life that combines my love of giving back with my goal of working on STRM. 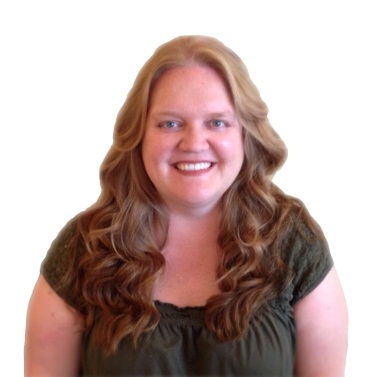 The 1st round of five projects was launched in the summer of 2012 with 18 inaugural Fellows.  You can learn more about the accomplishments of Kara's project, myUSA, here.