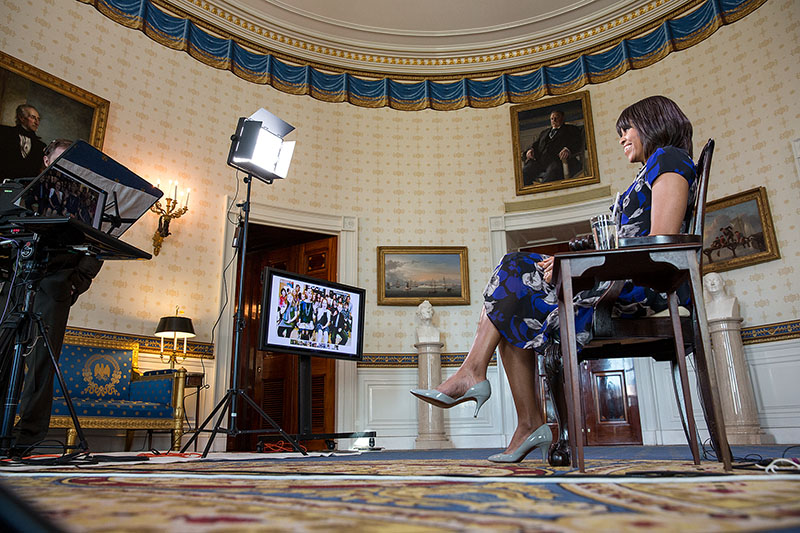 Earlier today, First Lady Michelle Obama joined her first ever Google+ Hangout live from the Blue Room of the White House. Continuing our series of “Fireside Hangouts” on Google+, Mrs. Obama participated in a virtual conversation about Let’s Move!, her initiative to ensure our nation’s kids grow up healthy and reach their full potential.

During the Hangout, the First Lady discussed the new Let’s Move! Active Schools program designed to bring physical activity back to schools, the importance of family dinner, steps to get healthier lunches into schools – and favorite dance moves (of course, it’s the dougie. And yes, everyone in the hangout dougied together.)  Watch the full video:

The Google+ Hangout with the First Lady, which was moderated by Kelly Ripa, co-host of LIVE with Kelly and Michael, was part of the Let’s Move 3rd Anniversary celebrations, which included a tour of three states last week and the launch of several new initiatives, including Let’s Move! Active Schools and the MyPlate Recipe Partnership. The participants who joined Mrs. Obama’s virtual conversation were from all over the country, including:

The “Fireside Hangout” series on Google+ has included events with President Obama, Vice President Biden and other White House officials on a range of issues. Follow the White House on Google+ for updates and chances to engage with the President and his administration.