Creating Ladders of Opportunity for our Children

March 8, 2013 at 3:58 PM ET by Valerie Jarrett
Twitter Facebook Email
Summary:
Promise Neighborhoods supports forty-six communities in their plans to deliver services to support every child in obtaining the education they need for their future, from cradle through college. 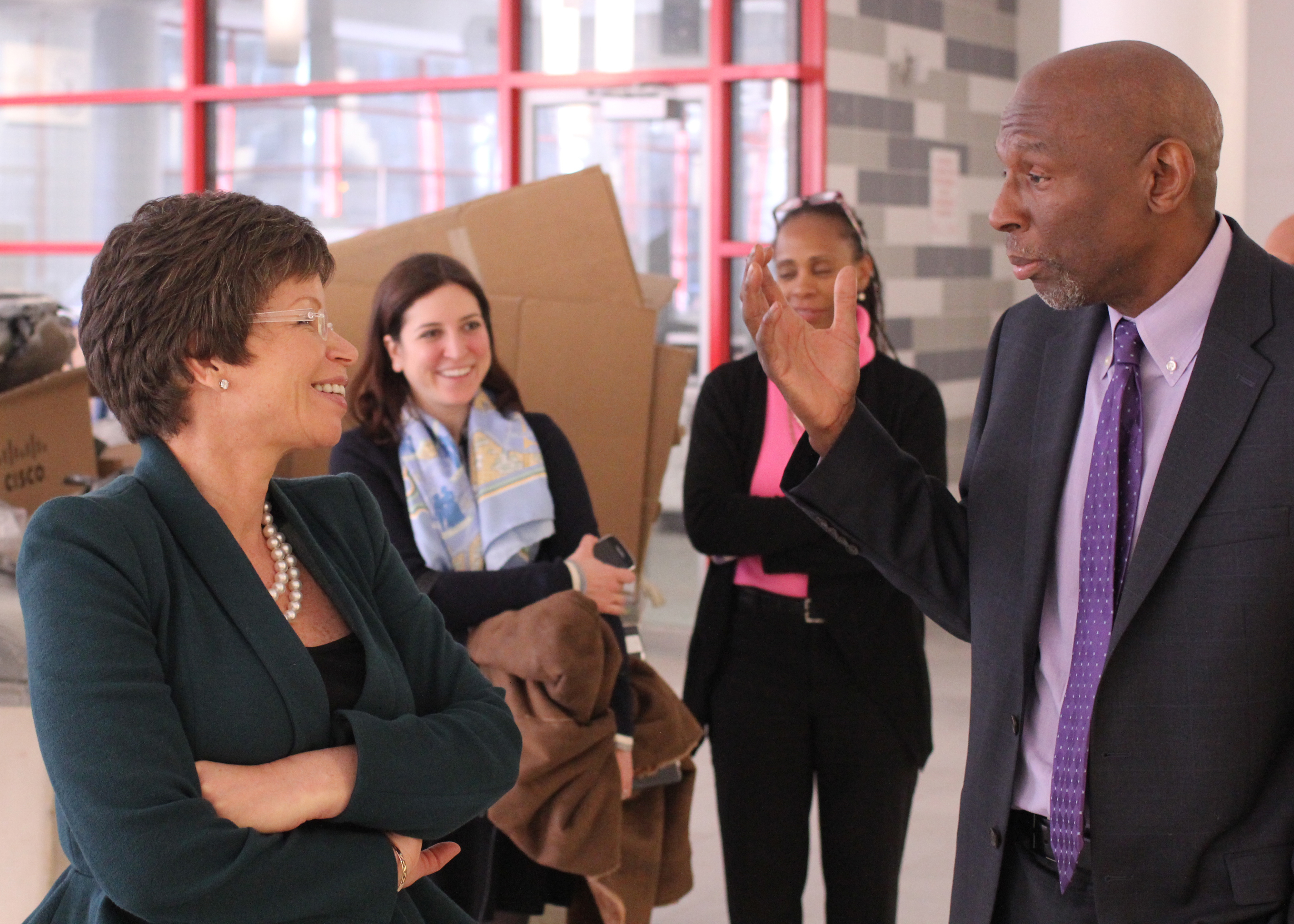 Ed. note: The full text of the op-ed by Senior Advisor to the President Valerie Jarrett is printed below. The piece is published today on TheGrio.com and can be found HERE.

A child’s zip code should never determine her destiny. But today, a child’s health, educational outcomes, and lifetime economic opportunities are often negatively impacted when she grows up in a high poverty community.

Harlem Children’s Zone is working to change that. This week, I visited this neighborhood nonprofit, with its President and CEO, Geoffrey Canada. I took a tour of the health clinic and library inside their new school building. While I was impressed by the facilities, I was even more impressed by the passionate commitment and energy of Geoffrey and his team in truly transforming Harlem into an environment that allows children to achieve their dreams.

Since 1990, Harlem Children’s Zone has provided free support for the community through new schools, parenting workshops, a pre-school program, after-school programs and child-oriented health programs for thousands of families.

The Harlem Children’s Zone offers a comprehensive, neighborhood approach with the goal of breaking the cycle of poverty, so that every child can graduate from college and have a chance to live their dreams. They’ve seen improvements in children’s academic performance across the board. For example, Harlem Children’s Zone reports that 100 percent of third graders at two of their schools tested at or above grade level on the math exam, outperforming their peers in New York City and New York State.

President Obama noticed. That’s why, in 2009, President Obama announced a new competitive grant program, Promise Neighborhoods, which hopes to replicate the success of the Harlem Children’s Zone and similar programs in poverty-stricken areas of other U.S. communities. Today, Promise Neighborhoods supports forty-six communities, from Boston to Detroit to San Antonio to Los Angeles, in their plans to deliver services to support every child in obtaining the education they need for their future, from cradle through college.

When combined with our other signature revitalization effort, Choice Neighborhoods, which  transforms distressed public housing into safe, healthy homes—we have invested more than $350 million in more than 100 of the nation’s persistent pockets of poverty since 2009.

In his State of the Union Address, President Obama said America is not a place where the chance of birth or circumstance should decide our destiny.  That is why the President is focused on providing ladders of opportunity for those striving to get into the middle class. Last month, he announced several proposals that create ladders of opportunity, including the new Promise Zones initiative, which will align a number of his signature revitalization efforts (like Promise Neighborhoods and Choice Neighborhoods) in 20 high poverty communities as Promise Zones.

The Promise Zones initiative will bring together federal and local resources to help transform some of our nation’s most distressed neighborhoods, with a keen focus on job creation, increased economic activity, reduction of violent crime and distressed public housing as well as strengthening the educational supports and services in these high poverty communities. These Zones reflect what we've learned from innovators like the Harlem Children's Zone, and their counterparts across the country.

After visiting Harlem Children’s Zone, I felt so inspired and encouraged by the efforts of Geoffrey Canada and others around the country who work so that one day, all children can have the opportunity to succeed, no matter where they live.

For more information on the President’s proposals to create ladders of opportunity, click here.