He emphasized the Administration's deep commitment to Israel and its security, noting that no President has done as much to physically secure the State of Israel as President Obama. "He has directed close coordination, strategically and operationally, between our government and our Israeli partners, including our political, military and intelligence leadership," the Vice President said. 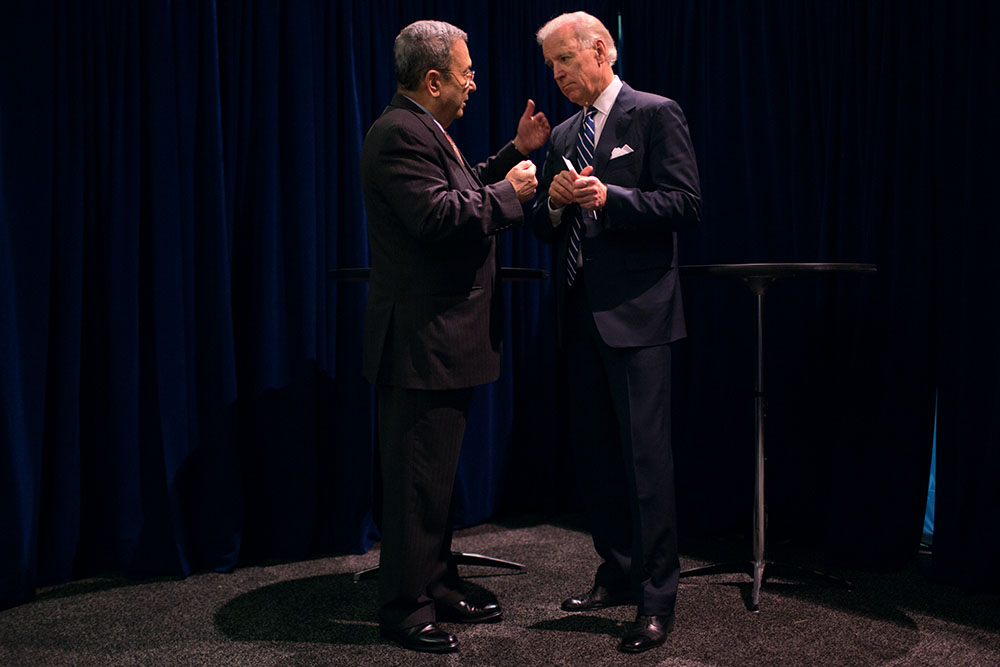 "We are under no illusions about how difficult it will be to achieve.  Even some of you in the audience said, why do we even talk about it anymore?  Well, it's going to require hard steps on both sides.  But it's in all of our interests -- Israel's interest, the United States' interest, the interest of the Palestinian people.  We all have a profound interest in peace."

There were some laughs, too. On the subject of President Obama's upcoming trip to the region right before Passover, the Vice President noted: "I have to admit I’m a little jealous that he gets to be the one to say 'this year in Jerusalem,' but I’m the Vice President. I’m not the President. So I -- when I told him that, I’m not sure he thought I was serious or not."