Dr. Jill Biden Talks with the PTA's Executive Board about Supporting Military Kids in Schools

March 12, 2013 at 6:09 PM ET by
Twitter Facebook Email
Summary:
Dr. Jill Biden joins a meeting of the National PTA's Executive Board to talk about the ways parents, educators and school communities can offer important support to children whose parents are serving in the military, and especially those whose moms or dads are deployed overseas.

On Monday, Dr. Jill Biden joined a meeting of the National PTA's Executive Board to talk about the ways parents, educators and school communities can offer important support to children whose parents are serving in the military, and especially those whose moms or dads are deployed overseas.

Dr. Biden, who is both an educator and a military mom, thanked the leaders for the work they have already accomplished on this issue in schools, and highlighted how much more remains to be done, and how important it is:

Three years ago, I visited troops with my husband at Camp Victory in Iraq over the Fourth of July. While I was there, a general told me that during a concert at his six-year-old daughter’s school, one of her classmates burst into tears when the song “Ave Maria” played.

She told the teacher it was the song they played at her daddy’s funeral. He died in Iraq.

Her teacher was unaware she was a military child. That story is heartbreaking for all of us – especially parents and teachers who can imagine the impact an incident like that would have on a child.

And that story demonstrates just how vital it is that we raise awareness around the unique needs of our military children. 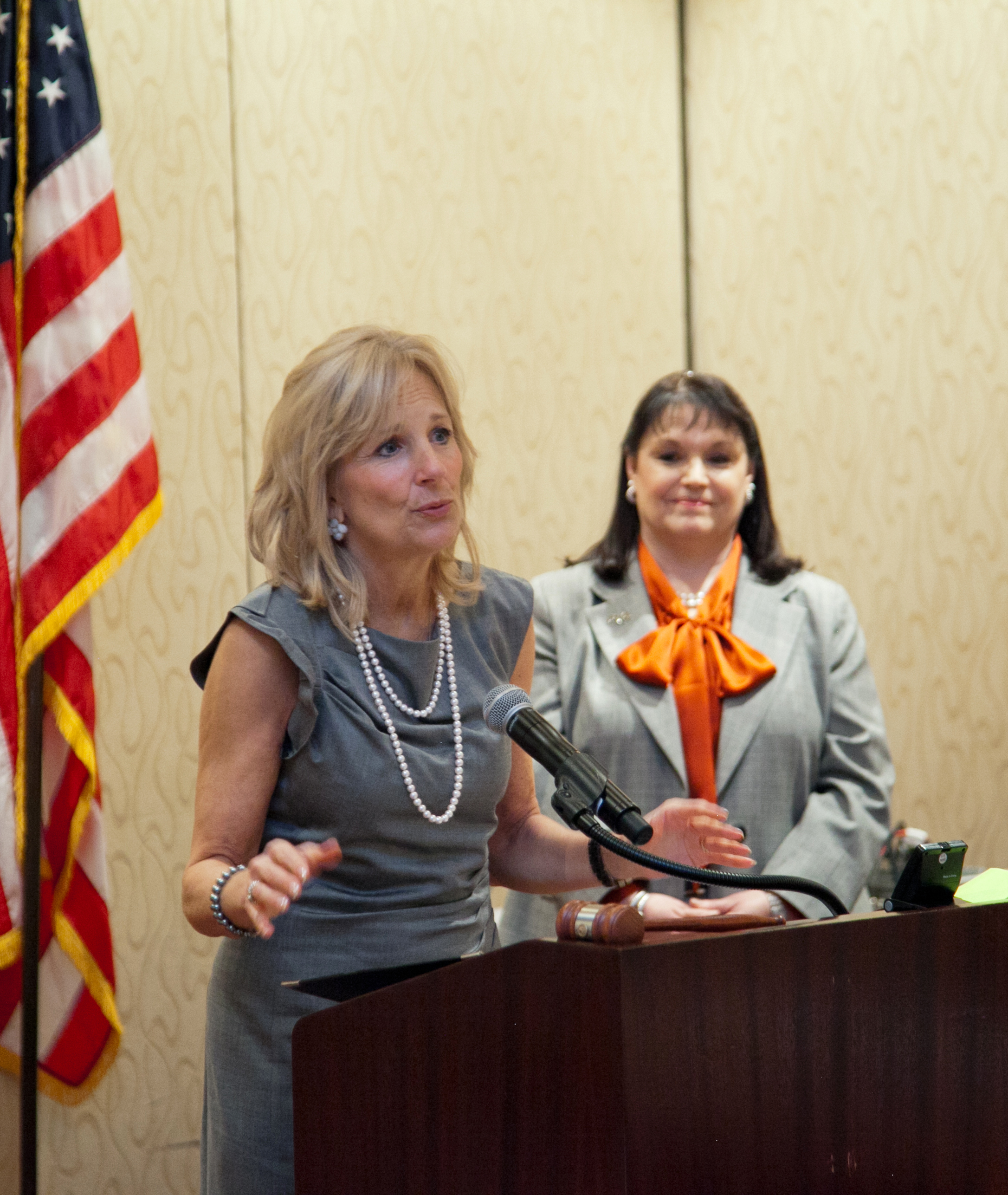 Dr. Jill Biden speaks to the National PTA Executive Board on ways to support military children on March 11, 2013. (by Lifetouch)

Because on average each military child attends six to nine different schools by the time he or she graduates high school, the issue of transition -- leaving friends, trying out for new sports teams, adjusting to new schools -- is vitally important, for the children of active duty service members, children of our National Guard and Reserve on active duty status, and children whose parents will end their military careers and return to civilian life and need to find a new career, likely in a new community,

Dr. Biden asked the PTA board members to continue their Joining Forces partnership and encouraged them to spread the word to members across the country to help educate parents and school administrators about the Interstate Compact on Educational Opportunity for Military Children.  The Compact is designed to help ease some of the many challenges military children face when transferring schools due to a parent’s reassignment, including simple actions like making sure parents have access to a copy of a student’s records when they transferor giving children a month from the time of enrollment to get the immunizations they need.

Thanks in part to a resolution passed by the PTA in 2010, 44 states and the District of Columbia have adopted the Compact. But Dr. Biden noted that many of the teachers and school administrators working directly with the impacted military children are not aware of what it does, a problem Dr. Biden asked the PTA leadership to help address by raising awareness among their 5 million members as part of the ongoing partnership with Joining Forces.