In June 2012, National Drug Control Policy Director Gil Kerlikowske visited the Betty Ford Center, one of the Nation’s oldest and most recognized addiction treatment facilities. There he gave remarks to a crowd of leaders in the field of recovery. In the audience were two special guests—Michael Banyard and Federal District Court Judge Spencer Letts. In his remarks, Director Kerlikowske mentioned Banyard’s improbable—and inspirational—journey from crack cocaine dependence and homelessness, to prison, to a successful sentence appeal, to the chambers of a federal district court judge and completion of his GED.

Although I had no idea what I was doing, studying law brought this inner peace that made me feel that everything was going to be alright.

I somehow never doubted that God would deliver me, and I continued to pray for approximately nine years before my petition made it through the state courts and to the federal court, where Senior Federal Judge J. Spencer Letts of the California Central District Court ruled in my favor and GRANTED my writ of habeas corpus, ruling and writing an opinion on all four of claims (see Banyard vs. Duncan opinion here.)

Shortly after I was released from prison, around the beginning of 2005, I received what was probably the first email in my life. It was from the Federal Court. They gave me a phone number to call Judge Letts’ chambers. I was nervous when I called, but his clerk, Nancy Webb, made sure I understood that nothing had changed, and I was not in trouble.

On the day I arrived and walked into the chambers of Senior Judge Letts, he and his staff gave me a warm and friendly welcome. I knew I was around people who loved to help people. We talked for some time, and before I left, Judge Letts asked me how I felt about going with him to speak to the teens at L.A. High School to share my experiences in a way that would encourage them to go down the right path in their lives and not make some of the choices that I did.

I had never done anything like that in my life, but it felt more than right, and I never felt so sure about anything before in my life. It felt like all that I had went through in my life, being shot and partially paralyzed, going head first through car windshields, and more, was all for this purpose—to help others avoid being blinded by the outcome of poor choices.

I went to L.A. High with Judge Letts and spoke at the assembly. It was at this event that I first met Kurt Streeter of the L.A. Times. 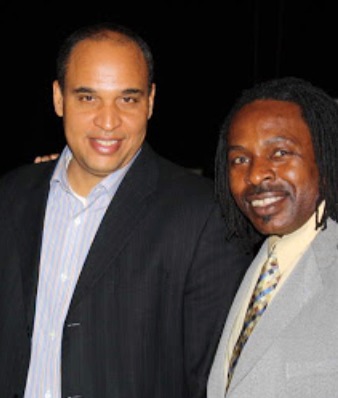 I had some struggles after that. I really could not understand how I could not just stay on the right path, as much as I wanted to do right. I really did not know what my life would become, but I knew I wanted something different. As I would stumble, Judge Letts would encourage me to stand back up, and he would remind me that he would never give up on me and would always be my friend. He would tell me that he could see a man in me who would find his place in life.

Things got better and I began to work with the youth at the Long Beach Soledad Enrichment Action Charter High School.