March 15, 2013 at 4:57 PM ET by Colleen Curtis
Twitter Facebook Email
Summary:
President Obama highlighted his proposal to create an Energy Security Trust, which uses revenue generated by oil and gas development on federal lands to support new research and technology that will shift our cars and trucks off of oil for good. 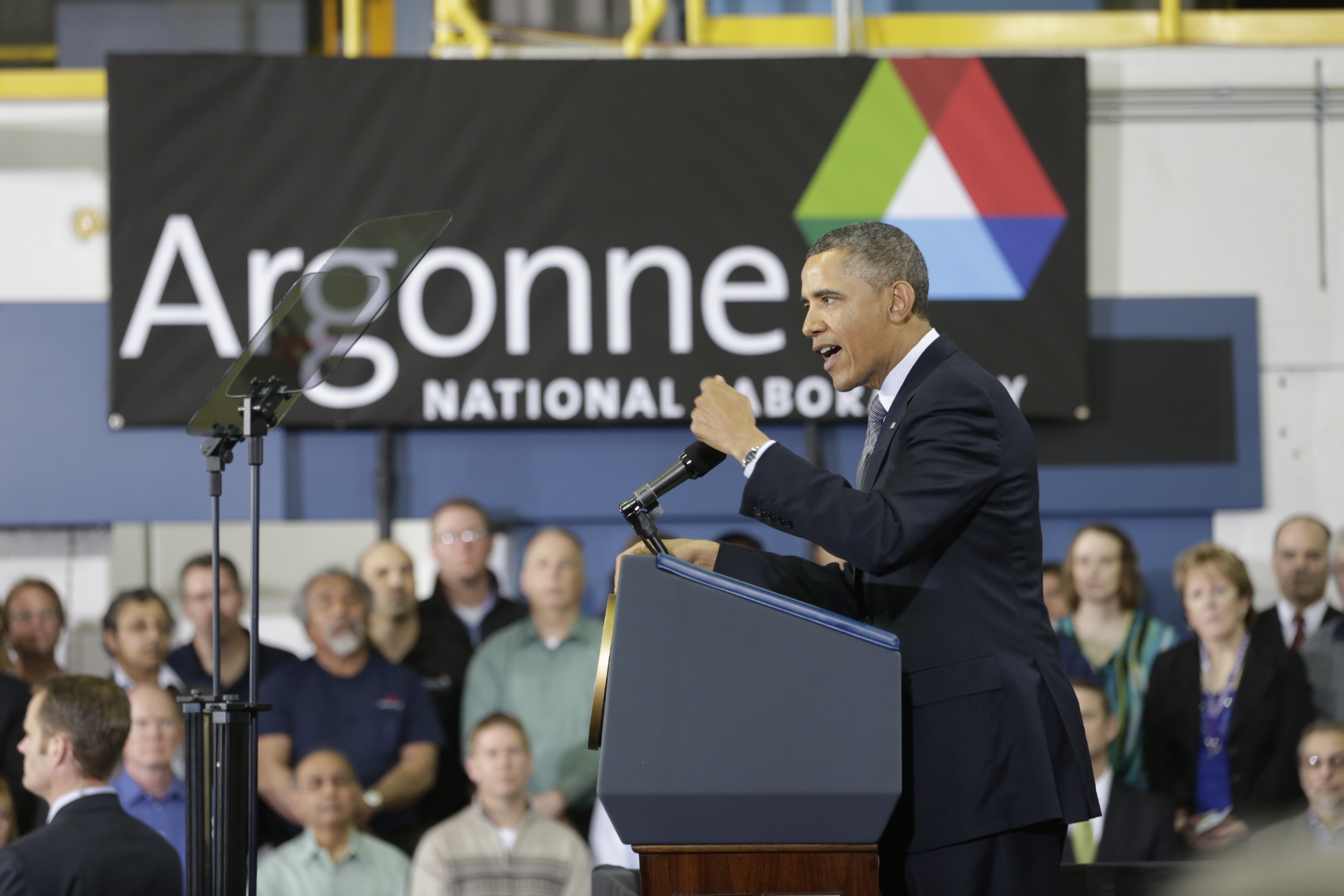 Few areas hold more promise for creating good jobs and growing our economy than how we use American energy, and today President Obama visited the Argonne National Laboratory in Illinois to talk about the progress we are seeing from his all of the above approach to energy independence and the risk that this important sector faces from the arbitrary cuts being imposed by the so-called sequester.

As President Obama noted in his remarks, these cuts do not distinguish between wasteful programs and vital investments. "They don’t trim the fat; they cut into muscle and into bone," the President said. "Like research and development being done right here that not only gives a great place for young researchers to come and ply their trade, but also ends up creating all kinds of spinoffs that create good jobs and good wages."

Because of the sequester, American labs could face two years without starting new research, opportunities we cannot afford to miss. This comes at a time when this country is poised to take control of our energy future, as the President pointed out:

In addition to the balanced solution he has proposed to replace the painful cuts, a phased-in approach that includes smart spending cuts, entitlement reforms and new revenue, and that won’t hurt the middle class or slow economic growth, President Obama today talked about his proposal to create an Energy Security Trust. The proposed trust uses revenue generated by oil and gas development on federal lands to support new research and technology that will shift our cars and trucks off of oil for good. The recent rise in gas prices is a reminder that we are still too reliant on oil, which comes at a cost to American families and businesses, and the President today urged Congress to take up his common-sense proposals that will further reduce our dependence on oil, better protect consumers from spikes in gas prices, and reduce pollution.