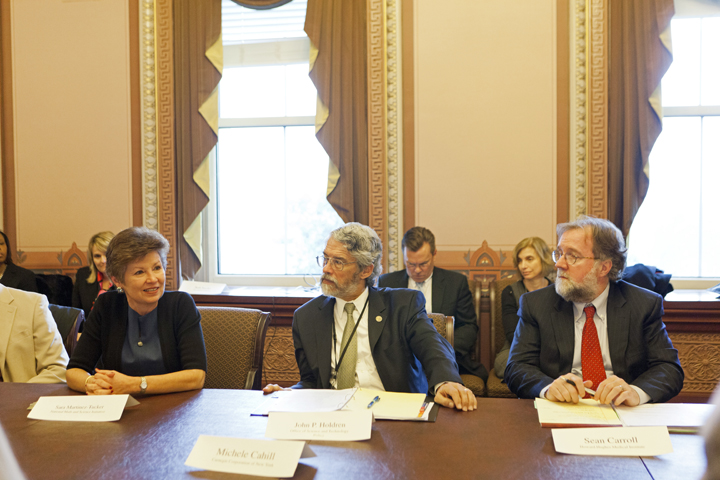 At a roundtable discussion on STEM teachers on March 18, 2013, OSTP Director John P. Holdren was flanked by Sean Carroll, Vice President for Science Sducation at HHMI and Sara Martinez-Tucker, CEO of NMSI. (Photo by Shealah Craighead)

OSTP Director John P. Holdren hosted a roundtable today of more than 30 professionals from inside and outside government committed to the cause of improving the Nation’s corps of K-12 science, engineering, and math teachers. The discussion, in the Eisenhower Executive Office Building, came on the heels of this morning’s announcement by the Howard Hughes Medical Institute (HHMI) that it would donate $22.5 million to the National Math and Science Initiative to accelerate the scale-up of the UTeach program in American universities.

UTeach, developed at the University of Texas-Austin, is a program that allows undergraduates to earn simultaneously a teaching certificate and a Bachelor’s degree in a science, technology, engineering, or math (STEM) field.  The effort reflects a conclusion by the President’s Council of Advisors on Science and Technology that the best STEM teachers are those who have both depth of knowledge in the field they are teaching and pedagogical training and experience. Along with other initiatives such as 100Kin10, NMSI and UTeach are helping to achieve President Obama’s goal of training 100,000 excellent STEM teachers in the next decade.

More than 30 professionals from inside and outside government gathered in the Eisenhower Executive Office Building of the White House on March 18, 2013, to discuss strengthening our Nation's corps of STEM teachers. (Photo by Shealah Craighead) 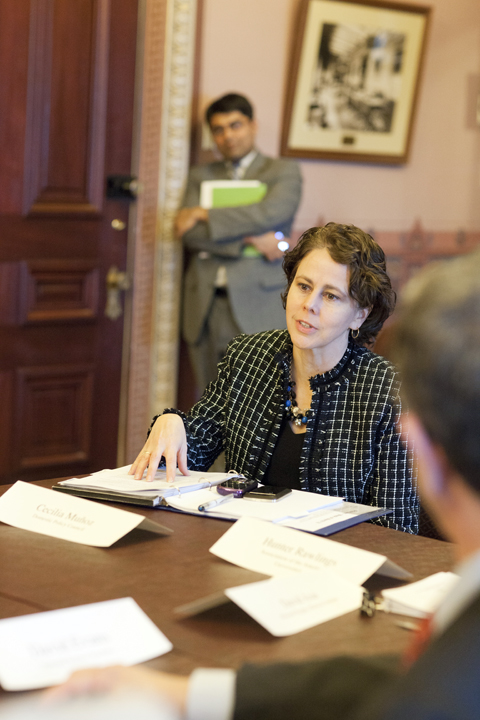 Cecilia Muñoz, Director of the White House Domestic Policy Council, thanked the group for their ongoing commitment to supporting STEM education in the United States. (Photo by Shealah Craighead)