President Obama Tells Israeli People: The U.S Is Proud to Be "Your Strongest Ally and Your Greatest Friend"

March 20, 2013 at 3:19 PM ET by Colleen Curtis
Twitter Facebook Email
Summary:
The first stop on President Obama's trip to the Middle East marks the first time the President has visited Israel since taking office, and comes as its citizens celebrate the 65th anniversary of a free and independent State of Israel. 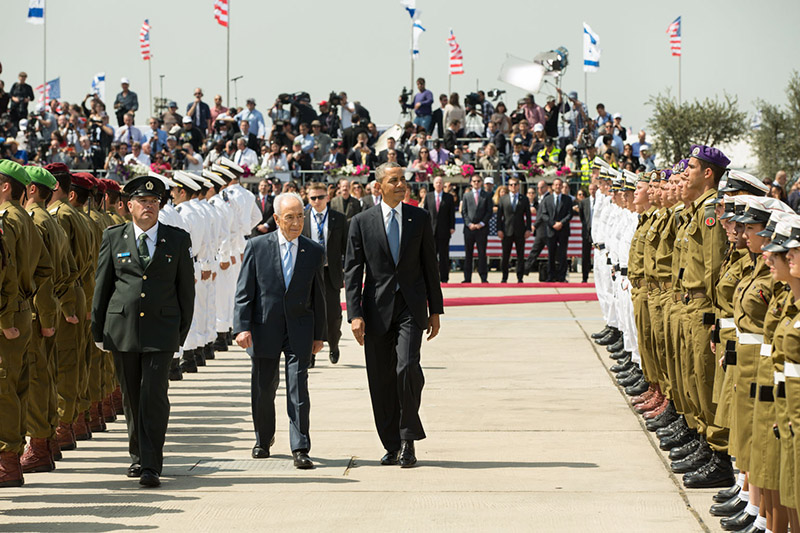 On the first day of his visit to the Middle East, the first foreign trip of his second term, President Obama was in Israel, where he met with President Shimon Peres and Prime Minister Benjamin Netanyahu. The visit is historic, marking the first time the President has visited Israel since taking office, and comes as its citizens celebrate the 65th anniversary of a free and independent State of Israel.

President Obama's visit began with an arrival ceremony at the Ben Gurion airport, followed by an inspection of the Iron Dome Battery defense system in Tel Aviv. The Iron Dome is a short range rocket and mortar defense system, which was developed by Israel and produced with U.S. assistance and is part of a multi-tier missile defense developed to counter the rocket threat against Israel’s civilian population. From there, the President flew on to Jerusalem, where he met with Israeli leaders and attended a working dinner with Prime Minister Netanyahu.

Shortly after he landed in the Holy Land, President Obama took a minute to explain why this trip is so important for both the American and the Israeli people:

I want to begin right now, by answering a question that is sometimes asked about our relationship -- why? Why does the United States stand so strongly, so firmly with the State of Israel? And the answer is simple. We stand together because we share a common story -- patriots determined “to be a free people in our land,” pioneers who forged a nation, heroes who sacrificed to preserve our freedom, and immigrants from every corner of the world who renew constantly our diverse societies.

We stand together because we are democracies. For as noisy and messy as it may be, we know that democracy is the greatest form of government ever devised by man.

We stand together because it makes us more prosperous. Our trade and investment create jobs for both our peoples. Our partnerships in science and medicine and health bring us closer to new cures, harness new energy and have helped transform us into high-tech hubs of our global economy.

We stand together because we share a commitment to helping our fellow human beings around the world. When the earth shakes and the floods come, our doctors and rescuers reach out to help. When people are suffering, from Africa to Asia, we partner to fight disease and overcome hunger.

And we stand together because peace must come to the Holy Land. For even as we are clear-eyed about the difficulty, we will never lose sight of the vision of an Israel at peace with its neighbors. 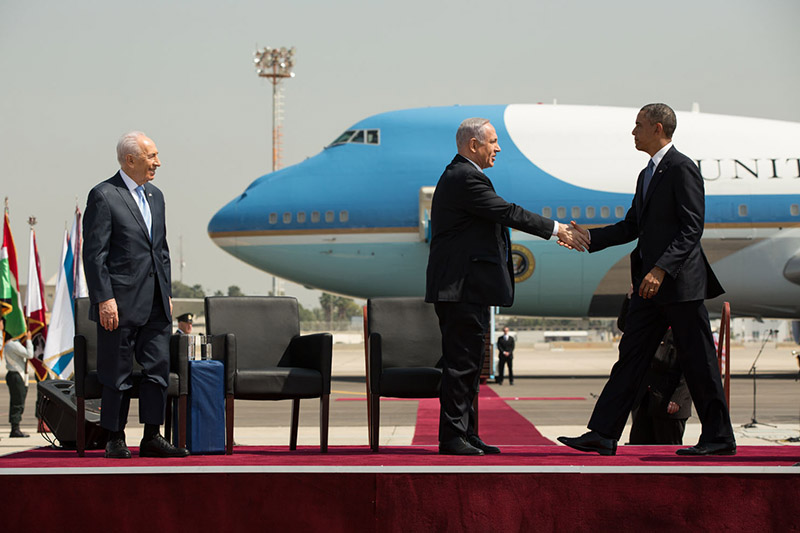 Tomorrow President Obama will visit the Israel Museum, where he will view the Dead Sea Scrolls and attend a technology expo, before traveling to Ramallah, West Bank where he will be greeted with an official arrival ceremony, followed by a bilateral meeting with Palestinian Authority President Abbas. Later, the President will attend a cultural event at Al-Bireh Youth Center and meet with Palestinian Authority Prime Minister Fayyad, before giving a speech at the Jerusalem Convention Center, which will be livestreamed on whitehouse.gov at 11 AM ET.