March 21, 2013 at 7:29 PM ET by Megan Slack
Twitter Facebook Email
Summary:
On the second day of his Middle East trip, President Obama spent the morning at the Israel Museum before traveling to the West Bank for the first time since 2008, then returning to Israel to speak to young people. 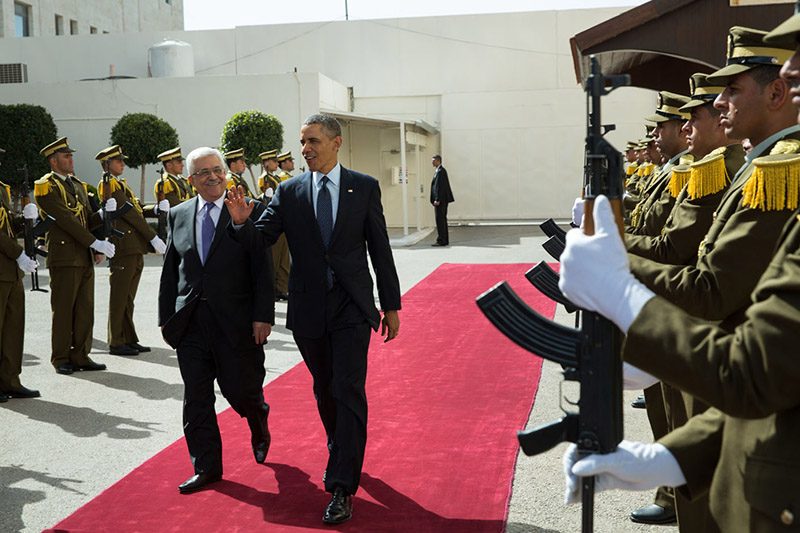 President Obama was in the West Bank for the first time since 2008 on the second day of his visit to the Middle East, where he held meetings in Ramallah with Palestinian Authority President Abbas and Palestinian Authority Prime Minister Fayyad, and attended a cultural event at Al-Bireh Youth Center. President Obama, who was joined by Secretary of State John Kerry in his meetings, commended President Abbas and Prime Minister Fayyad for the progress that they’ve made in building the institutions of a Palestinian state.

“I’ve returned to the West Bank because the United States is deeply committed to the creation of an independent and sovereign state of Palestine,” President Obama said in a joint press conference with President Abbas. “Like people everywhere, Palestinians deserve a future of hope -- that their rights will be respected, that tomorrow will be better than today and that they can give their children a life of dignity and opportunity. Put simply, Palestinians deserve a state of their own.”

In the interests of the Palestinian people, and also in the national security interest of Israel, the United States, and the world, President Obama reaffirmed “that the United States remains committed to realizing the vision of two states.”

We seek an independent, a viable and contiguous Palestinian state as the homeland of the Palestinian people, alongside the Jewish State of Israel -- two nations enjoying self-determination, security and peace. As I have said many times, the only way to achieve that goal is through direct negotiations between Israelis and Palestinians themselves. There is no shortcut to a sustainable solution.

The President also spent time in Jerusalem today, this morning where he toured the Israel Museum and again in the afternoon, where he delivered remarks to the Israeli people from the Jerusalem International Convention Center. In his speech, President Obama spoke about the “unbreakable bonds of friendship” between Israel and the United States.

Those ties began only 11 minutes after Israeli independence, when the United States was the first nation to recognize the State of Israel. As President Truman said in explaining his decision to recognize Israel, he said, “I believe it has a glorious future before it not just as another sovereign nation, but as an embodiment of the great ideals of our civilization.”  And since then, we’ve built a friendship that advances our shared interests.

President Obama told the young people in the crowd that they would be the ones to shape our future, particularly on the three issues that will define our time -- security, peace and prosperity. “And given the ties between our countries, I believe your future is bound to ours.”

“Israel is already a center for innovation that helps power the global economy,” he said. “And I believe that all of that potential for prosperity can be enhanced with greater security, enhanced with lasting peace.”

Today, as we face the twilight of Israel’s founding generation, you -- the young people of Israel-- must now claim its future.  It falls to you to write the next chapter in the great story of this great nation. And as the President of a country that you can count on as your greatest friend, I am confident that you can help us find the promise in the days that lie ahead. 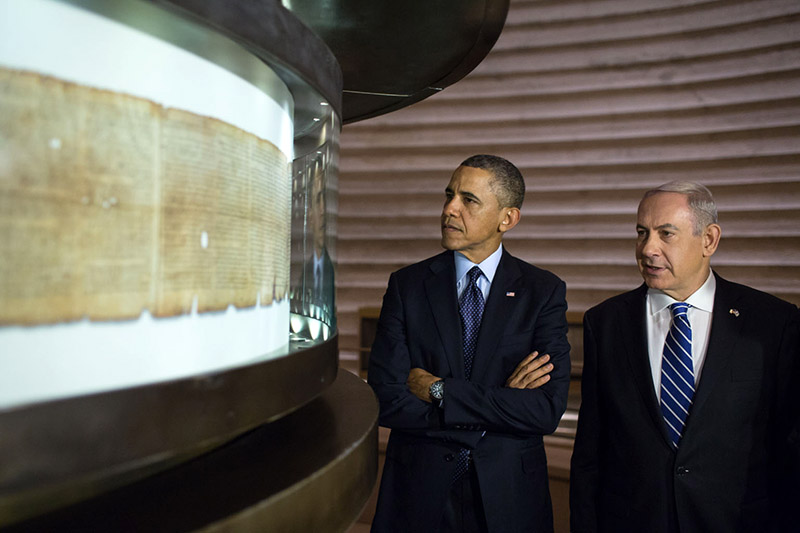 The day ended with a dinner at the residence of President Peres in Jerusalem.